Monday, February 6
You are at:Home»News»Sarawak»Abd Karim: Sarawak trying to get as many direct flights as possible to further boost tourism industry
For the freshest news, join The Borneo Post's Telegram Channel and The Borneo Post on Newswav. 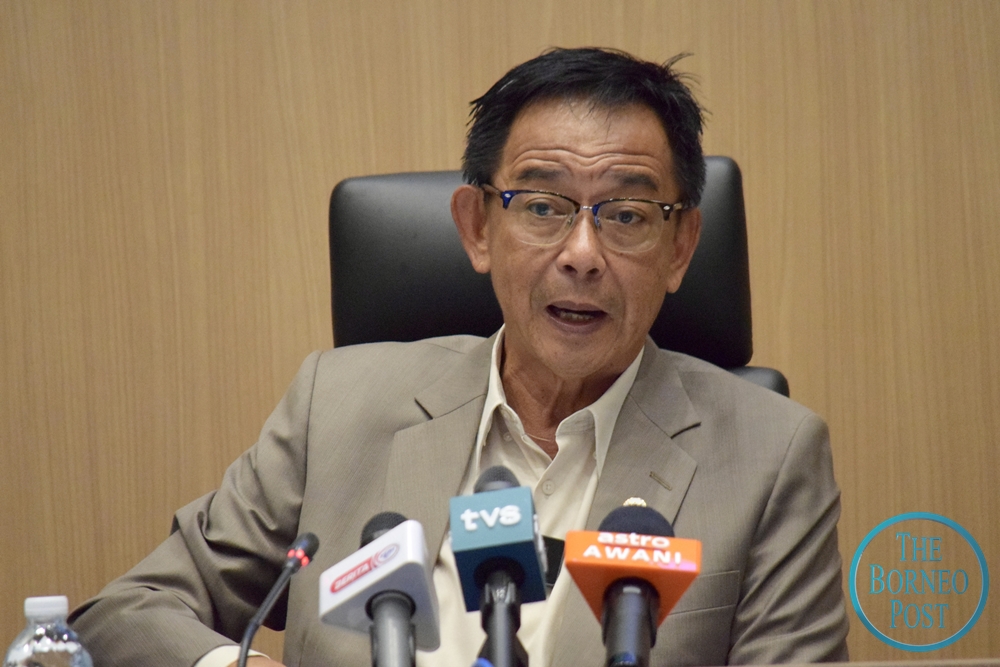 Abdul Karim speaks to reporters during a press conference in Kuching on Aug 17. 2022.
Photo by Roystein Emmor

The Tourism, Creative Industry and Performing Arts Minister said people could expect some good news on direct routes between the state and other places outside Sarawak within this year.

“We are trying to get as many (direct flights) as possible. Definitely, there will be some announcements from now until end of the year,” he said in respose to a question during a news conference here today.

Abdul Karim, however, asserted that having too many direct flights would be in vain if the airfares were not affordable.

He felt that travellers would not want to spend too much on airfares and might choose not to fly to Sarawak.

“There is no point in having too many direct flights if the airfares are high.

Abdul Karim said he looks forward to the Indonesian market where the country is expected to open up international borders from Sept 1.

He noted that the Indonesian President Joko Widodo had mentioned about health tourism in Sarawak.

“When the international borders are opened up, it will be back to normal. The one we are still waiting is the (direct) flight from Pontianak.

“As for now, we can see cars from Kalimantan travelling on the road already. When there are flights coming in, we will see much more (Indonesian visitors),” he said.

He believed that a lot of Indonesians will be visiting the state for the Kuching Jazz Festival this year.

According to Abdul Karim, the ministry has received many applications for the Sarawak-Malaysia My Second Home (S-MM2H) programme.

He expressed confidence that the number of S-MM2H participants will increase, since there are many applications pending approval.

He also noted that visitors from Brunei are visiting Sarawak following its reopening of international borders from early this month.

“I was in Miri last weekend and I could see that Bruneians are beginning to flock in again. We can say that we are back to normal,” he added.