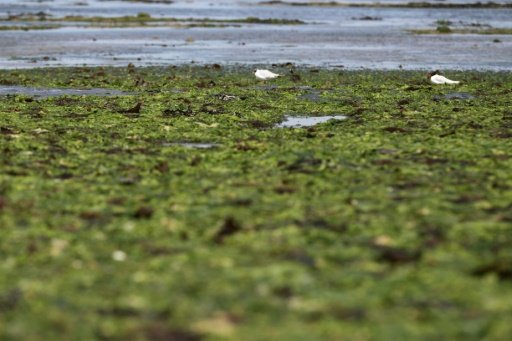 In previous articles, concerns over emissions from manufacturing building materials for Nusantara were raised. Cement and steel manufacturing was referred to as ‘harder-to-abate’ sectors with high abatement costs to achieve net zero. Both sectors contribute about 16 per cent of global CO2 equivalent greenhouse gas emissions.

These sectors cannot be simply electrified as they require high-density, local energy sources that fossil fuels can only fulfil. For example, reducing iron ore in blast furnaces involves using coke. In addition, some emissions come from the processes (not due to energy use), such as the conversion of limestone into clinker in cement production. These industrial processes are highly integrated and not easy to change.

The challenges to addressing cement and steel manufacturing emissions are particularly pertinent for developing regions like Borneo. These materials are commonly needed for infrastructure development which drives economic growth and ultimately better quality of life. For example, improved connectivity enables complex supply chains of the modern economy to take place with large amounts of goods into towns and villages quickly and efficiently.

The Bornean territories have been actively seeking investment to close the infrastructure gap for decades. It is hoped that more bridges, roads, ports, better houses, schools, hospitals, etc., will overcome poverty and improve living standards. Today, per capita consumption of cement and steel in Borneo, especially Indonesian Borneo, is relatively lower than the world’s average. However, the construction of Nusantara, if realised, may change the situation.

While the impacts of infrastructure buildings on local environments, such as forest clearing for roads and settlements, are more visible and thus attract more attention, the emissions associated with the manufacturing of building materials may be overlooked by policymakers. Given the globally increasing pressure on climate actions, the potential of unlocking the hard-to-abate sectors should be envisaged.

On the demand side, partly replacing these materials with wood was discussed as an option to reduce the impacts. On the supply side, various technical and operational strategies have also been proposed to reduce emissions in these sectors.

Furthermore, process emission can also be reduced by substituting clinker with biomass ash. A considerable amount of raw clinker materials may be replaced by biomass ash due to its similar burnability. Borneo has great scope to integrate biomass into cement production for emission reduction with a large amount of biomass generated from the oil palm and forestry sectors.

Another option is the use of ‘green hydrogen’ in steel production. ‘Green hydrogen’ is produced from water electrolysis, i.e., splitting water into hydrogen and oxygen, powered by renewable energy sources. In addition to heat generation, hydrogen may replace coke as a reducing agent to strip oxygen from iron ore, producing pure iron metal and water instead of carbon dioxide. This option has recently been gaining significant traction, with the term ‘green steel’ widely mentioned.

Almost all hydrogen used in industrial processes today is ‘grey hydrogen’ from natural gas. The use of ‘green hydrogen’ in steel-making may substantially improve the sectors’ emission profile. However, due to cost constraints, the production of ‘green hydrogen’ requires vast amounts of cheap renewable electricity. At the moment, solar power and hydropower remain the two major types of energy used to generate grey hydrogen.

While some proposed solutions may seem like really wild ideas, in the long run, new discoveries and cutting-edge technologies may open up new decarbonisation pathways. There are ongoing efforts to turn ideas into reality, like creating building materials from algae. Reportedly, a research team at the University of Colorado in Boulder found a way to biologically generate limestone with certain species of calcareous microalgae.

The process is described to be similar to creating coral reefs. The limestone generated can be considered carbon neutral or even carbon negative as it can be stored permanently in concrete. Innovative solutions like this, if they can be scaled up at a reasonable cost, may disrupt the system, reshape the construction industry, and provide new solutions to hard-to-abate sectors.

One advantage of Borneo that should not be overlooked is its ability to adopt new technologies due to its relatively ‘newcomer’ status. A newcomer may avoid being locked into older, carbon-intensive technologies by venturing into the frontier of the ‘green’ industry. Unlike more mature economies, emerging regions have relatively fewer problems with sunk cost of existing infrastructure.

On the one hand, investment in new manufacturing facilities may be diverted to technologies with fewer impacts on climate and the environment, such as biomass, green hydrogen, and even frontier technologies like algae-based materials. On the other hand, the expansion of cities and infrastructure can be designed carefully to avoid mistakes from previous experience. For mega projects like Nusantara, the risk of having ‘white elephants’, i.e., buildings or infrastructure that cost a lot but have little use and cannot be easily disposed of, may be minimised through careful planning.

Given the importance of infrastructure development in places like Borneo, addressing the ‘hidden’ emissions ‘embodied’ in (the manufacturing and supply chain of) building materials may require more attention. A clear account of embodied emissions based on comprehensive monitoring frameworks of material flows and energy balance may help to provide a numerical basis for policymaking.