Tuesday, February 7
You are at:Home»News»Crime»MMEA detains crew, tugboat, barge near Tanjung Kidurong
For the freshest news, join The Borneo Post's Telegram Channel and The Borneo Post on Newswav. 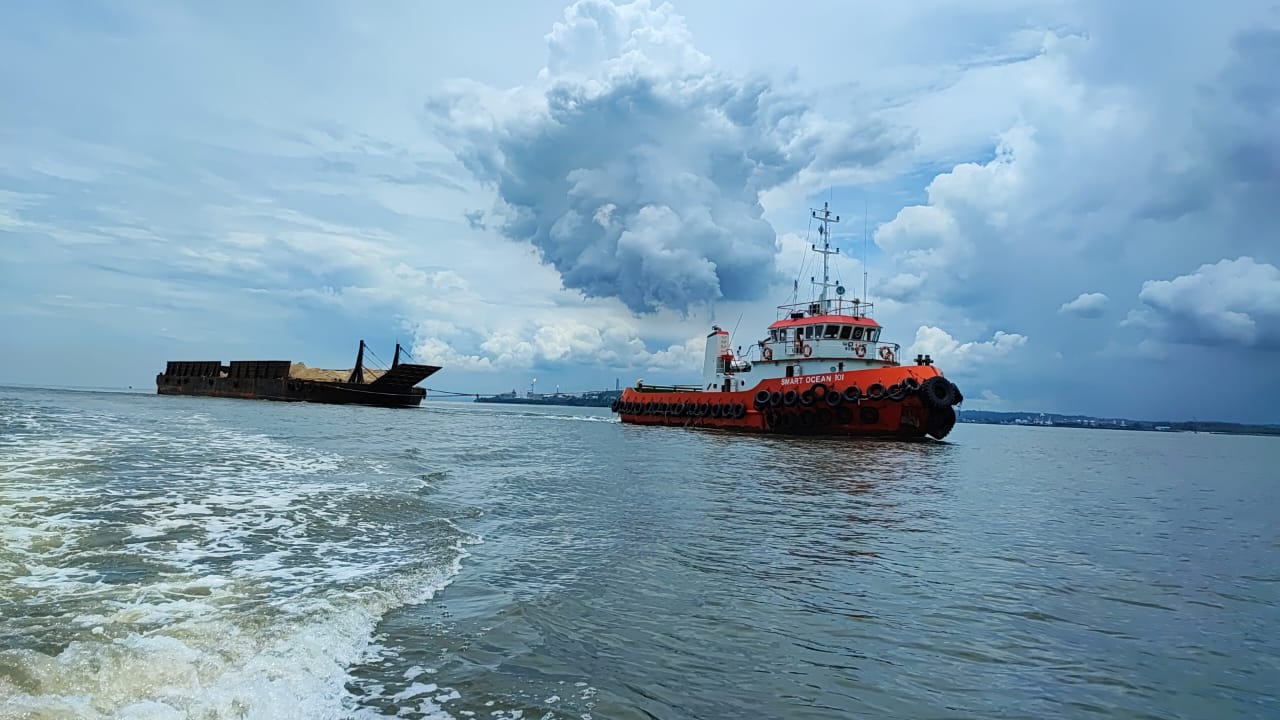 The barge laden with sand detained by MMEA.- Photo by MMEA

BINTULU (Sept 5): The Malaysian Maritime Enforcement Agency (MMEA) detained a tugboat, five crew members and a barge laden with sand some 1.6 nautical miles from Tanjung Kidurong around 11am yesterday.

MMEA Bintulu zone director Captain Mohd Khairol Anuar Saad said the detention was made after the tugboat skipper failed to produce any valid documents related to the tugboat and barge laden with sand.

“The crew members of the tugboat and a barge also had expired working permits,” he said in a statement today.

He added that all of the crew members, including the skipper were Indonesians aged between 31 and 56.

“The case will be investigated under the Merchant Shipping Ordinance 1952 and the Customs Act 1967 which provides for a fine and imprisonment, upon conviction.

“The detained crew members will (also) be investigated under Section 15(1)(c) of the Immigration Act 1959/63 which provides for a fine of not exceeding RM10,000 or imprisonment for a term of not exceeding five years or both, upon conviction.”

Mohd Khairol reminded the maritime community to comply with the laws before doing any activity at sea.