Thursday, February 2
You are at:Home»Sports»Sarawak association calls for major sports competitions to include billiards
For the freshest news, join The Borneo Post's Telegram Channel and The Borneo Post on Newswav. 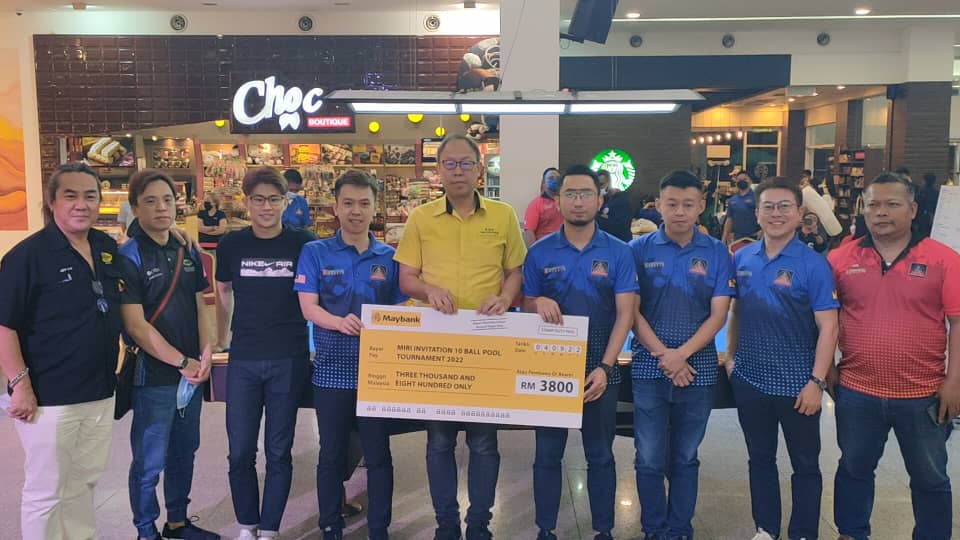 MIRI (Sept 5): The Sarawak Snooker and Billiard Association has called on the relevant authorities to include billiards sports in major competitions such as Sukan Sarawak, Borneo Games, Sukan Malaysia, and SEA Games.

Association secretary Alex Chu said there are talented young players with potential to shine in the sports and to make the country proud with the right training.

Chu said this during the closing ceremony of the Miri Invitational 10 Ball Pool Tournament 2022 on Sunday (Sept 4).

“I strongly believe throughout this event, we can assist the younger generation to set up a better team works and relationship platform and enhancing the spirit of sportsmanship in Sarawak,” he said.

The tournament from Sept 2-4 attracted 150 players from Sabah, Sarawak, Philippines, Brunei, and Singapore.