Thursday, February 2
You are at:Home»News»Nation»Teh Tarik, guitar session start the ball rolling for Lawrence Wong’s visit to Malaysia
For the freshest news, join The Borneo Post's Telegram Channel and The Borneo Post on Newswav. 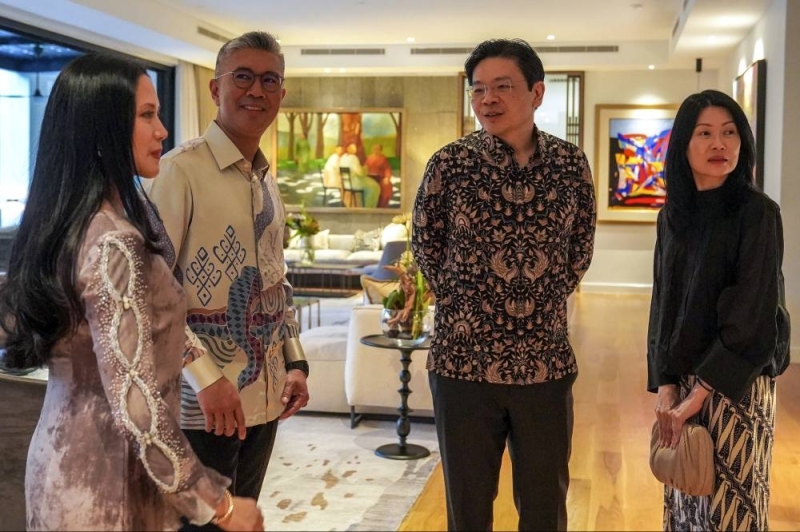 The teh tarik diplomacy in fact began when Singapore’s Deputy Prime Minister and Finance Minister Lawrence Wong took on Facebook on early Sunday (Sept 4) about his upcoming inaugural visit to Malaysia.

“It is always nice to have a cup of teh tarik while working. In fact, I will be heading to Malaysia very soon and look forward to meeting my counterparts, and having a cup of teh tarik there too. Jumpa soon (see you soon),” said Wong pointing to his liking for Malaysia’s popular tea beverage teh tarik.

His posting was “welcomed” by Tengku Zafrul who replied by posting a video on his Facebook page as well.

“Hi Lawrence, I’m waiting for you with Malaysian teh tarik. Sekali cuba mesti mahu lagi (Once you have tried it, you definitely want more).”

When both met in Malaysia over dinner Sunday night, they broke the ice not only with a teh tarik session but also by strumming the guitar together.

“This is what happens when the Singapore and Malaysia Finance Ministers hang out together. We get to play some music, with guitars made on both sides of the causeway (I’m playing a Malaysian-made one and he’s playing one from Singapore)!

Wong appended his posting with a photo of him and Tengku Zafrul with their guitars.

“Many thanks Tengku Zafrul for the warm hospitality by you and your wife – the dinner was excellent and so was the teh tarik!

“Look forward to more discussions over the next two days, and opportunities to strengthen the links between both our countries! ,” Wong updated his Facebook page Sunday night.

Wong the republic’s fourth generation (4G) leader and earmarked as the apparent successor to Prime Minister Lee Hsien Loong is in Malaysia for a four-day working visit until this Wednesday (Sept 7).

This is his first official visit to Malaysia after being appointed as deputy prime minister in June 2022.

Wong was given a royal salute at the Arrival Hall of the Kuala Lumpur International Airport (KLIA) before inspecting a guard-of-honour mounted by 32 officers and personnel from the First Battalion of the Royal Ranger Regiment.

During his visit, Wong is also scheduled to have an audience with the Yang di-Pertuan Agong Al-Sultan Abdullah Ri’ayatuddin Al-Mustafa Billah Shah at Istana Negara.

Singapore is Malaysia’s second largest trading partner and the largest within Asean, with a total trade value amounting to RM267.11 billion in 2021, an increase of 25.2 per cent compared to the recorded value in 2020. – Bernama