Saturday, December 3
You are at:Home»News»Sarawak»Improved internet access now with launch of BaSICS 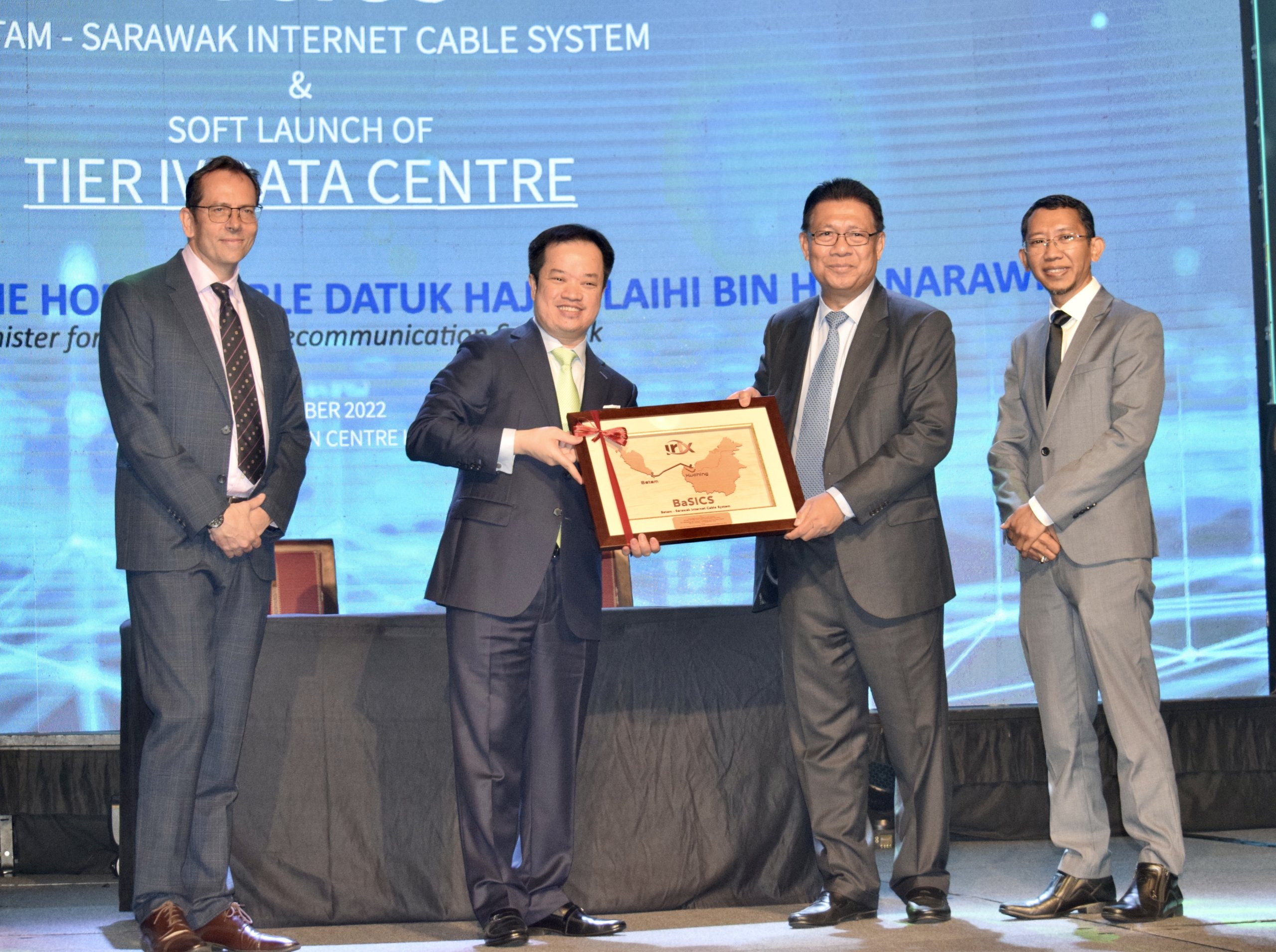 The ‘irix’, which is the brand identity for PP Telecommunication Sdn Bhd (PPTEL), also soft launched its  Santubong Tier IV Data Centre (irix DC), one of the only 30 Tier IV data centres around the world, and the only one in Malaysia.

Minister of Utilities and Telecommunications Datuk Julaihi Narawi, who officiated at the launching ceremony, commended ‘irix’ for the achievement and he hoped this would give more advantages to all industry players to participate in Sarawak’s digital economy.

“I believe it will be an attraction to the international investors to come over to Sarawak. And if ever they want to come to Malaysia, I hope Sarawak will be their preferred destination,” he told a press conference following the launching ceremony at Borneo Convention Centre Kuching (BCCK) yesterday.

PPTEL chief executive officer Jonathan Smith said BaSICS is an underwater cable of approximately 700km and connects Sarawak to the regional telco hub of Singapore via Batam in Indonesia.

He explained BaSICS consists of six fibre pairs, each with 80 wavelengths of 100Gbps transmission capacity, so that the total system capacity is 48 Tbps.

“BaSICS is privately developed by irix with our partners, and forms a data superhighway which takes internet connectivity in Sarawak to the next level.

“This cable system is the first step in our overall vision to make Sarawak a viable option as a regional data hub, alongside the established players, significantly reducing the latency, or round trip delay time, between Kuching and Singapore,” he said in his speech.

He then told the press conference it took four years to complete the laying of the cables.

“It has been fully tested with traffic running and we are ready to take customers. So, yes it is there,” he said.

He however did not reveal the total worth of investments involved. “That’s secret actually,” he said.

“These projects, I am sure you’re aware, when we build sub-sea cables, they are multi-million dollar projects requiring ships at sea, multiple crews, technical experts, a lot of hardware and software and the technology is leading edge technology which is of course not cheap. But we have done it in a cost-effective way that we see and we hope in many years it will deliver services in Sarawak,” he added.

He also said these cables typically last for 25 years and are expected to last till next generation.

On the irix DC, he said it was awarded the Tier IV certification by the Uptime Institute, making it the only one of its kind in Malaysia.

He also said it is ready for operation and provides the landing point for BaSICS into Sarawak.

“Tier IV (data centre) means that data will always be safe and accessible and will never be offline, making it a highly reliable source for internet content, whether internet banking, social media, or just watching movies,” he said.

He added another key benefit of having a data centre in Kuching is Sarawak’s extensive renewable energy grid, using hydro-power, which has helped them meet the requirements for green energy in the data centre.

“Our cable will bring Sarawak closer to the internet superhighway. At the moment, the highway goes through Singapore, Hong Kong and other locations but it doesn’t come straight into Sarawak.

“So anyone who comes into our data centre can gain access to that IP transit service which is high capacity, low latency and better performance than it is being seen in Sarawak. So that is how it fits into the overall digital transformation,” he said.

On a related matter, he said BaSICS utilises terrestrial networks operated by ‘irix”s partner which enable it to connect to towns and cities across Borneo, including Indonesia’s upcoming new capital city Nusantara.

“BaSICS has a connection with our partner XL Axiata in Indonesia. By connecting to them, we are connecting to all their subsea cables,” he said.

He also said ‘irix’ is building a local team with technical expertise through transfer of knowledge from foreign experts.

“We don’t pretend to have everything. We don’t have towers, and we don’t have all the fibres that we need throughout Sarawak. That’s coming from Sacofa Sdn Bhd or from other providers that we love to work with,” he added.