Saturday, December 3
You are at:Home»News»Sarawak»Double happiness for stateless child in Sibu 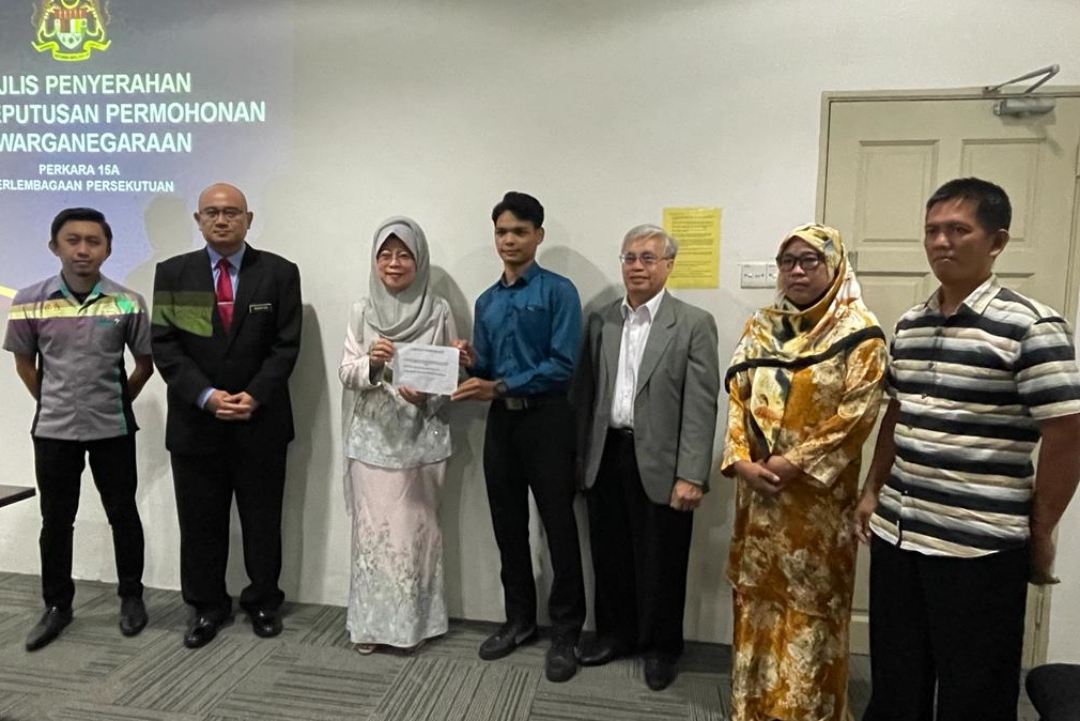 SIBU (Sept 8): Nineteen-year-old Mohammad Aidil Maula Hamdan can finally dream of a brighter future after having his citizenship application process approved by the Home Ministry under Article 15A of the Federal Constitution.

He received the letter from Minister of Women, Childhood and Community Wellbeing Development Dato Sri Fatimah Abdullah at the handing over ceremony at the Welfare Department Islamic Complex here yesterday.

The Sijil Tinggi Persekolahan Malaysia (STPM) 2021 candidate who scored 3.59 CGPA with Grade A- in Business, Geography and Bahasa Malaysia and B+ in Pengajian Am hoped to be able to pursue his education once he has received his citizenship status.

With such outstanding results, the Vice Chancellor of University Technology Sarawak (UTS) Prof Datuk Dr Khairuddin was pleased to extend an offer letter for the lad to continue his tertiary education in the university here yesterday.

Recalling his past struggles of being a non-citizen child, Aidil admitted the constraints in the provision of education, of which his parents had to fork out in order for him to enter public school.

“The annual fee for primary education was RM120 while the secondary level was RM240 and with a fee of RM245 to sit for Sijil Pelajaran Malaysia (SPM). For STPM, it was RM237 per semester and there are three semesters altogether,” said the eldest child of seven, who attended several schools namely SK Sibu Jaya, SMK Sibu Jaya, SMK Matu (SPM) and SMK Toh Puan Datuk Patinggi Hajjah Normah in Daro (STPM).

“Initially I wanted to be in the police force but as I grow older, I have made up my mind to be a teacher. I have applied to study at the Universiti Pendidikan Sultan Idris (UPSI) in Perak and I was called for the Psychometric test, but unfortunately I did not hear any reply from them after that,” he said.

Aidil’s mother, Halimah Buang, was all grateful and elated that her son had finally gained his citizenship.

“It has been tough, especially when it comes to paying school fees, but we had to bear and work on it,” she said, adding that Aidil’s application for citizenship was submitted in 2016.

Halimah and her husband, Hamdan Mohamad, a military personnel retiree who now earns a living as a fisherman, extended their heartfelt gratitude to the State National Registration Department for helping out with their son’s citizenship application process.