Monday, December 5
You are at:Home»World»Mournful ‘God Save the Queen’ rings out at Buckingham Palace (Video) 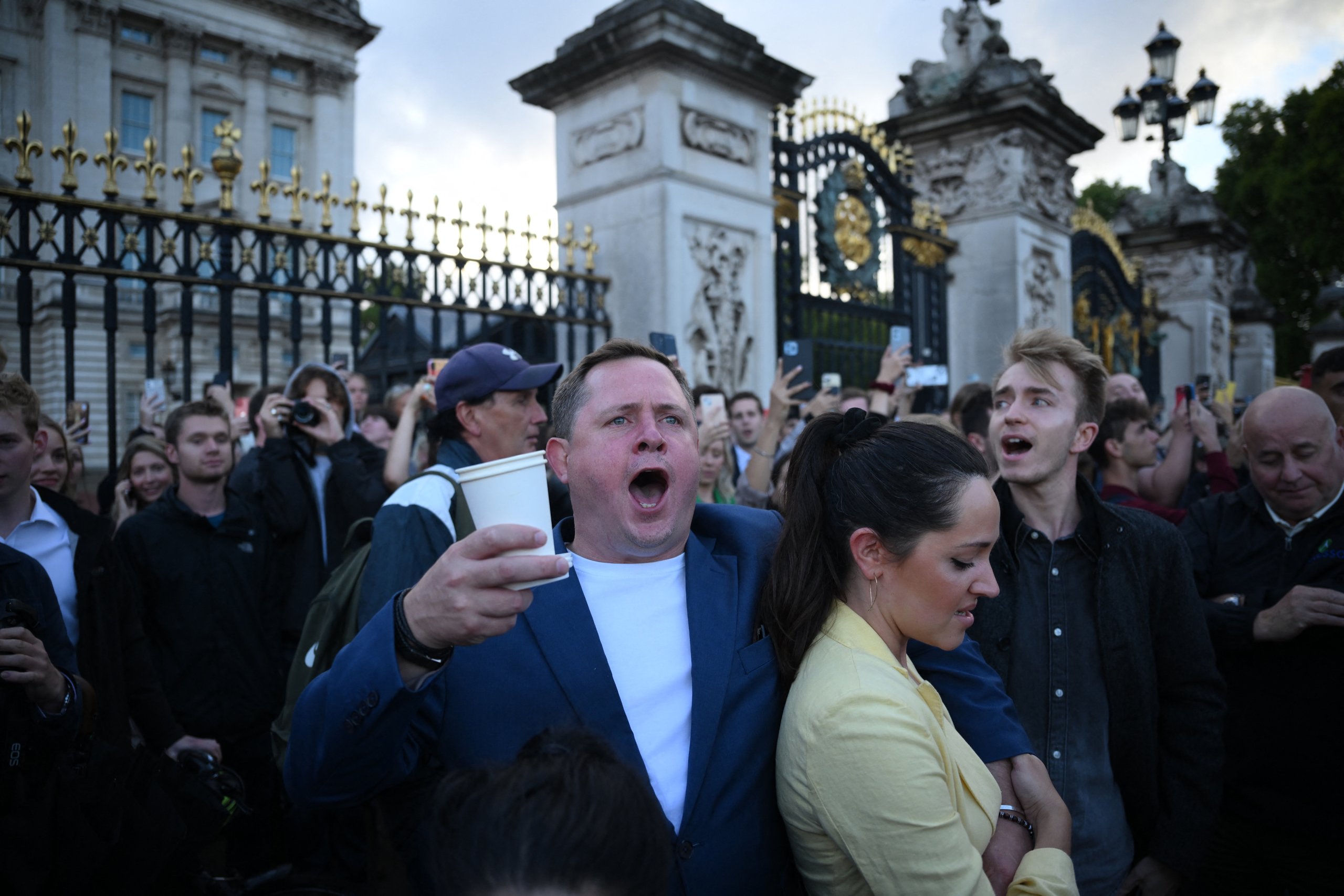 A man leads the singing of ‘God Save the Queen’ outside of Buckingham Palace, after the announcement of the death of Queen Elizabeth II, in central London on Sept 8, 2022. — AFP photo

LONDON (Sept 9): Tearful crowds outside Buckingham Palace sang a forlorn “God Save the Queen” as news broke of Elizabeth II’s death on Thursday.

Hundreds braved torrential rain to stand at the palace gates after it was announced that doctors had placed the monarch under medical supervision at Balmoral, her Scottish estate.

A vivid rainbow temporarily lifted spirits, but the mood turned mournful at 6.30pm (1730 GMT) as the seismic news was announced, triggering widespread cries of “oh no”, according to an AFP journalist.

Some wept as the Union Jack flag on the queen’s London residence was lowered, before a numbed silence fell over the crowd.

Another rainbow appeared as the flag was lowered at her Windsor Castle residence outside London.

“So she’s really a very, very important part of the fabric. You know, it’s going to be terrible.”

Suzan Antonowicz compared it to losing a family member.

“She is the mother of our nation. She was heroic in so many situations. My respect for her is incredible, but my love is even bigger. We will grieve our loss for years,” she said.

Choking back the tears, Joshua Ellis, 24, said he was in “shock”.

“Every time people needed support she was there. She was also a link to my grandmother, who was a huge fan of her and passed away last year.”

Drivers of London’s famous black taxis lined the Mall, the road leading to Buckingham Palace, in tribute, while the neon lights of Piccadilly Circus glowed with a picture of the late monarch.

Supporters of Premier League football club West Ham spontaneously broke out into a rendition of “God Save the Queen” before their Europa Conference League fixture, while Manchester United fans observed a minute’s silence ahead of their match.

“She was our conscience. She was like the nation’s grandma,” said Sophie, 27.

Many of the well-wishers at Buckingham Palace, some carrying flowers, came from outside the UK.

“As a French person, even I am touched by this,” said student Chloe Papeil.

“She is a part of English culture, but also global culture.”

The queen — an instantly recognisable figure to billions of people across the world — was in her Platinum Jubilee year, marking 70 years since she succeeded her father king George VI in 1952.

Britain’s longest-serving monarch had been dogged by health problems since last October that left her struggling to walk and stand. 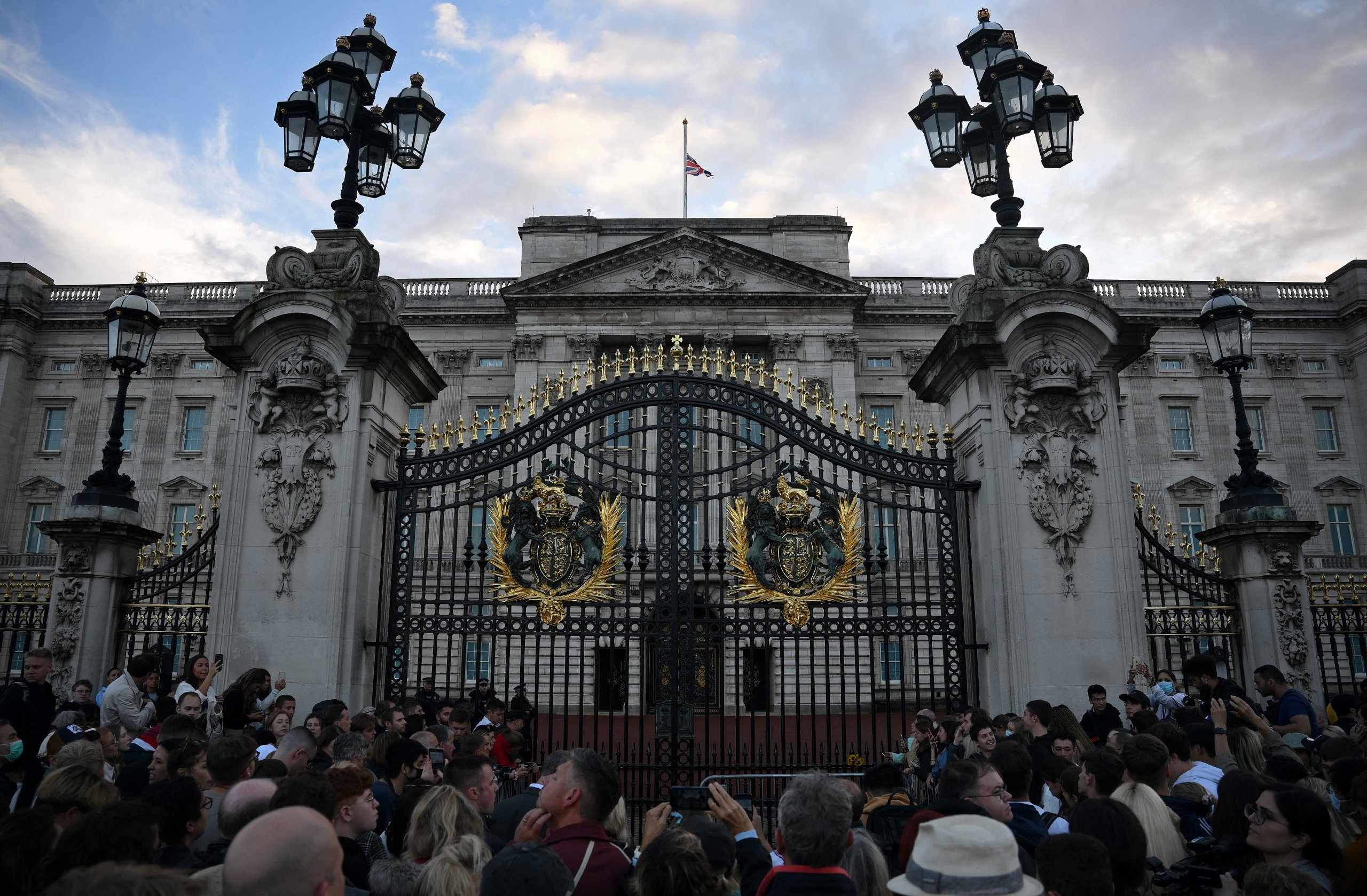 A union flag flies at half mast atop Buckingham Palace after the announcement that Queen Elizabeth II had died, in central London on Sept 8, 2022. — AFP photo

News spread rapidly across a shell-shocked country, with announcements in public spaces, including a train from London to Edinburgh.

“I’m speechless, it’s very sad,” said lawyer Rory Turbet, 38, who was travelling on the train for a wedding.

“A lot of British people will feel that way; she’s been a constant presence in people’s lives,” he told AFP.

On the streets of London, animation producer Toni Cunningham told AFP: “I feel really sad, I feel like my nana (grandmother) has died.