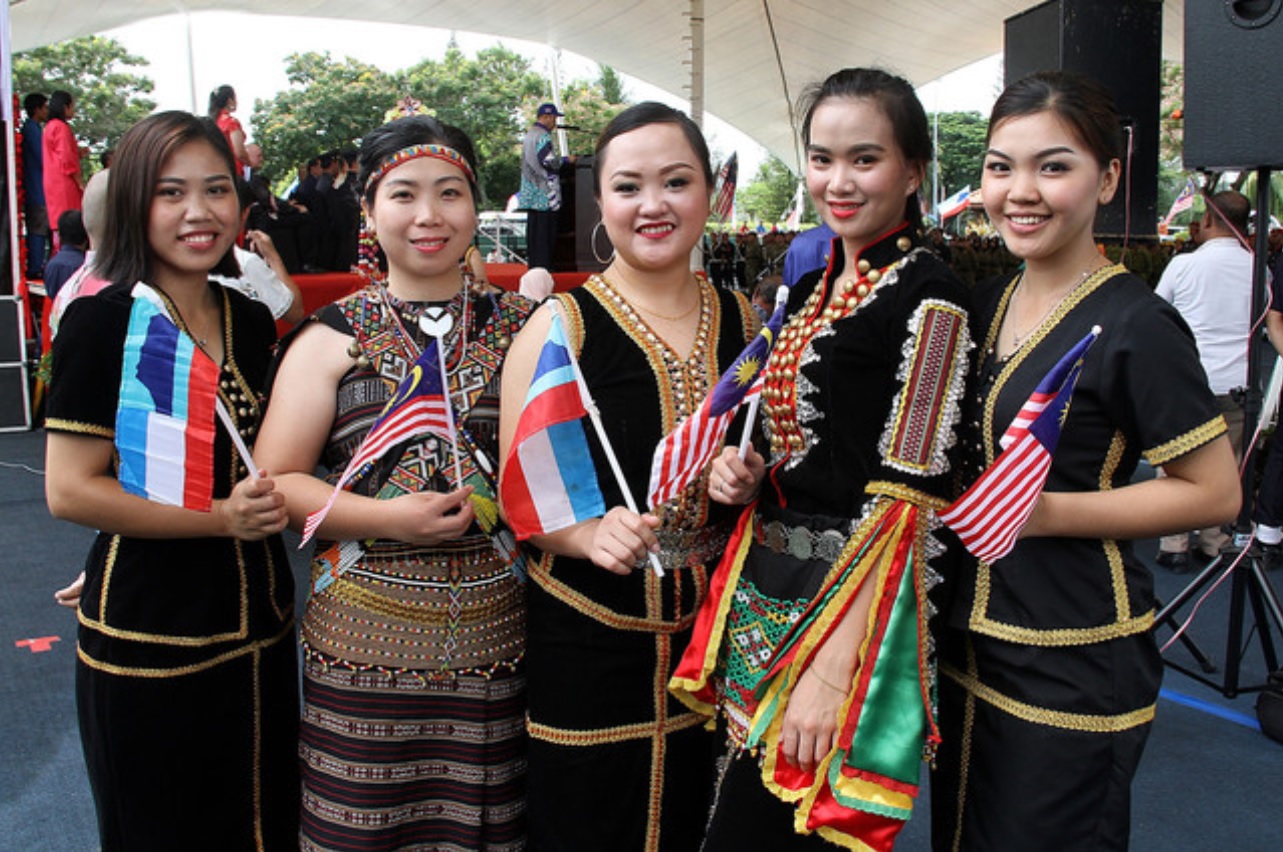 KOTA KINABALU (Sept 12): When Kedah-born Azmah Nordin left for Sabah in early 1973 to live with her Papar-born husband Hussain Othman, whom she married the same year, little did she realise that her extended family in Sabah was quite the epitome of Keluarga Malaysia (Malaysian Family).

Azmah, who is now 64, learned that her father-in-law was of Chinese and Kadazandusun parentage, while her mother-in-law had mixed Javanese and Chinese ancestries.

“And now, my son is married to a Brunei Malay from Kimanis (in Papar district) while my daughter’s husband is a Bajau Idaan from Lahad Datu,” she told Bernama.

Azmah, who has lived in the Land Below The Wind for almost 49 years now, said she was very excited when she first set foot in Sabah.

“We lived in Tanjung Aru in Kota Kinabalu and it was the first time I actually got to live in a ‘rumah atas air laut’ (stilt house on water) and I could see Mount Kinabalu’s summit from there,” she said.

Azmah and Hussain, who now reside in Kepayan, Kota Kinabalu, met in 1973 while the latter was studying at the Institute of Telecommunication Technology in Petaling Jaya, Selangor, and stayed in a rented room near Azmah’s house.

After moving to Sabah, Azmah decided to venture into writing, first contributing feature articles to a local newspaper before expanding her talent to writing novels and short stories, the plots of which mostly revolved around her favourite subject, Sabah’s multi-ethnic cultures.

“When I was living in the peninsula, I was not exposed to the cultures of other races (in Malaysia). But when I came to Sabah, I quickly fell in love with its multi-ethnic cultures, the local dances, musical instruments and traditional food.

“Sabah is truly a melting pot as far as people and cultures are concerned and Malaysians in Sabah take their multireligious and multiracial spirit seriously. Yes, this is the kind of atmosphere you feel wherever you go in Sabah,” she said.

She added that nowadays when she travels to the peninsula, people often mistake her for a Sabahan because of her distinct slang.

“Here in Sabah, some locals think I am Chinese, probably because I look like one,” she said, smiling.

Meanwhile, journalist Azrone Sarabatin, 46, who lives in Kota Kinabalu and runs his own news portal, has previously worked and lived in Kuala Lumpur where he learned many interesting aspects about the peninsula’s ethnic diversity.

Already familiar with Sabah’s diversity as he himself is of mixed Bajau, Brunei Malay, Kadazandusun and Irannun parentage, Azrone went to Kuala Lumpur in 1999 after he was transferred to the headquarters of “Berita Harian”, the Malay daily he worked for then.

He has fond memories of his 10-year stint in the peninsula.

“I remember doing an assignment about the Orang Asli and Malay community in Pahang, Johor and Selangor and some of the people I met told me they had worked in Sabah and were longing to get in touch with their old friends there.

“I also met a retired teacher in Kampung Ulu Benut, Simpang Renggam, Johor, and he was in tears the moment I told him I came from Sabah. He told me he had so many memorable experiences working in Tuaran, Sabah, in the 1970s.”

Azrone said he even stayed with an Indian friend for about a month in Taman Medan, Petaling Jaya.

“My friend had then just embraced Islam and he treated me like a family member. I also made friends with a few Chinese, Orang Asli and Eurasians,” he added.

He said looking back, the opportunity to work in the peninsula helped him to understand better the characteristics and sensitivities of Malaysia’s plural society, which helped him in his career as a journalist.

Sabah Tourism, Culture and Environment assistant minister Datuk Joniston Bangkuai said Sabah alone has over 40 ethnic groups, each with its own beliefs, and “our capacity to coexist peacefully, especially with the people from other states, is in keeping with the ‘Keluarga Malaysia’ concept”.

“We need to celebrate our diversity and not see it as a hindrance to working together. This is the beauty that we must focus on in order to sustain our unity,” he said.

Joniston emphasised that everyone, regardless of their race and religion, is responsible for maintaining a high level of tolerance and that there is no room in this country for individuals who try to undermine its peace.

“Religious tolerance is important and Sabahans recognise this … in fact, we excel in this.

“We are like a family. Despite our differing beliefs and values, we remain committed to praying for our mutual well-being and strengthening our bonds with one another,” he added. — Bernama