Sunday, September 25
You are at:Home»News»Nation»Ex-soldier recalls spending night with bodies of communist enemies 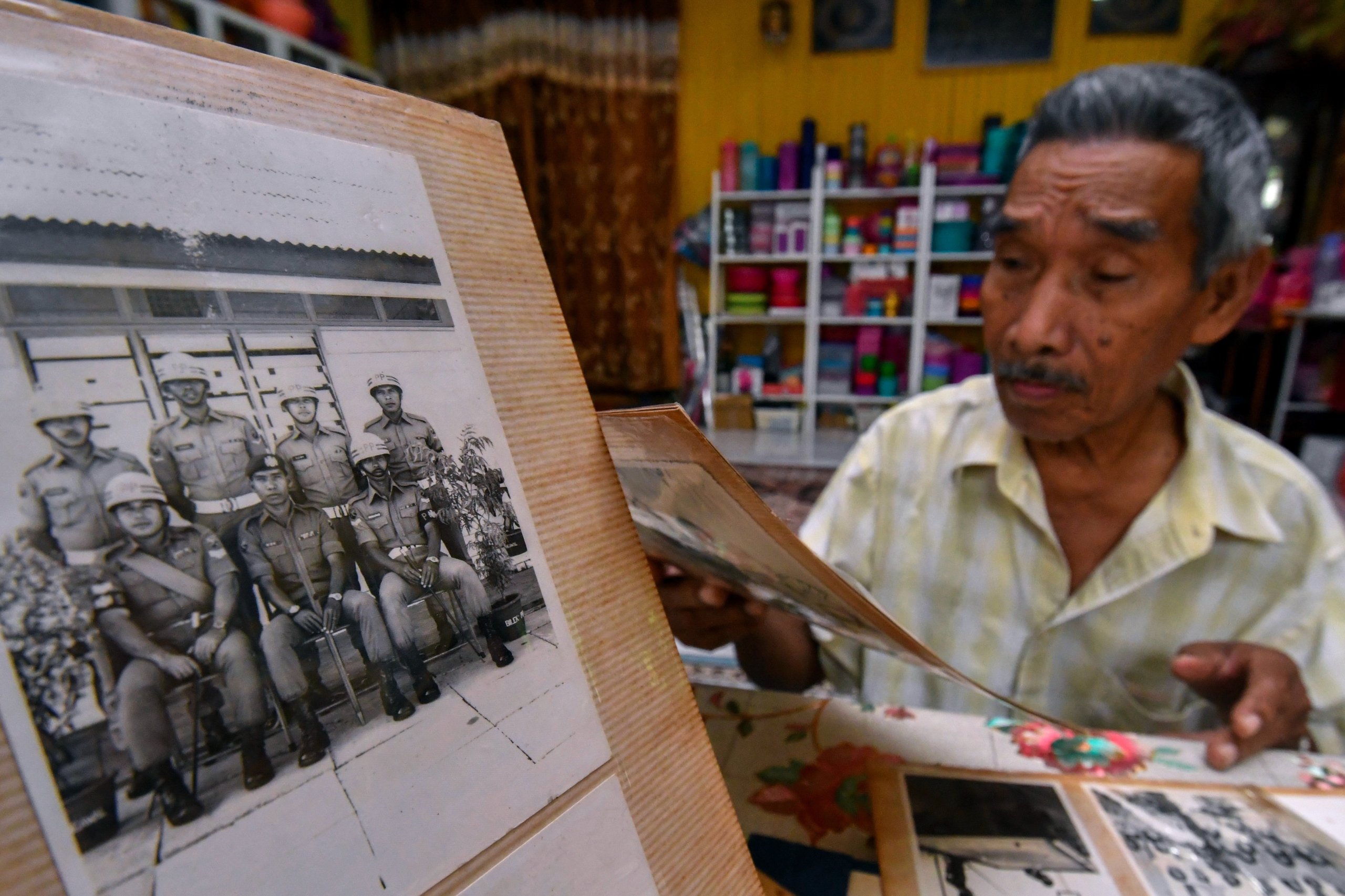 Wok looks through a collection of photos from his time in service. — Bernama photo

PASIR MAS (Sept 13): The one thing that Warrant Officer I (Rtd) Wok Muhammad, 85, will never forget about his 25 years of service in the Malaysian Armed Forces (MAF) is having to spend the night with the bodies of two dead communists.

Recalling the incident, Wok said that it happened when he and around 50 other armed forces personnel were part of an operation tracking communists at a forest area in Batu Gajah, Perak in 1957.

He and his teammates had to traverse the jungle on foot for over three hours in the wee hours of the morning to get to the area said to have communists after being provided information by intelligence officers.

“Our group made our way cautiously through the jungle as we tracked the communists, being ever watchful of any booby traps or communist ambushes.

“As a security measure, some of my teammates were armed with heavy weapons, and I myself was equipped with a light weapon just in case we were faced with an attack,” he told Bernama at his residence in Kampung Bunut Susu here recently.

The father of two said that after several hours of tracking, the corporal leading the operation managed to locate seven communists lurking around a hill in the area.

As soon as they spotted the enemy, the team opened fire and managed to hit two, while the rest managed to escape.

“Although we saw two of them drop to the ground after being shot, we were in no hurry to get to the bodies, as we were concerned there might be bombs or traps on them.

“We were actually trained to secure their legs or any limbs of communists killed with rope from afar to check on the situation to avoid any danger,” he added.

Wok said that because the firefight occurred during the late evening and that it was getting dark, he and several other teammates had to take turns carrying the bodies before they could actually get out the next day.

He said that he was nervous when it was his turn to carry the bodies, and that the bodies stank due to the humid conditions of the forest.

“During the night, we had to stay awake and keep watch, grabbing whatever light naps we could, near the two bodies as we feared that the blood would attract wild animals, especially tigers.

“Of course, we also worried about other communists mounting an attack as we had killed two of their number, but luckily that didn’t occur. The operation was completed the next day,” he added.

Wok said he was proud to have served the country during the prime of his life and defended Malaysia from the communist threat, and he was also awarded several medals for his efforts.

“I received the Ahli Mangku Negara, Pingat Seri Mahkota Kelantan, Pingat Perkhidmatan Setia and Pingat Khidmat Berbakti, plus I also was assigned to serve in Congo for a year in 1962,” he said, adding that he retired from service in 1981. — Bernama