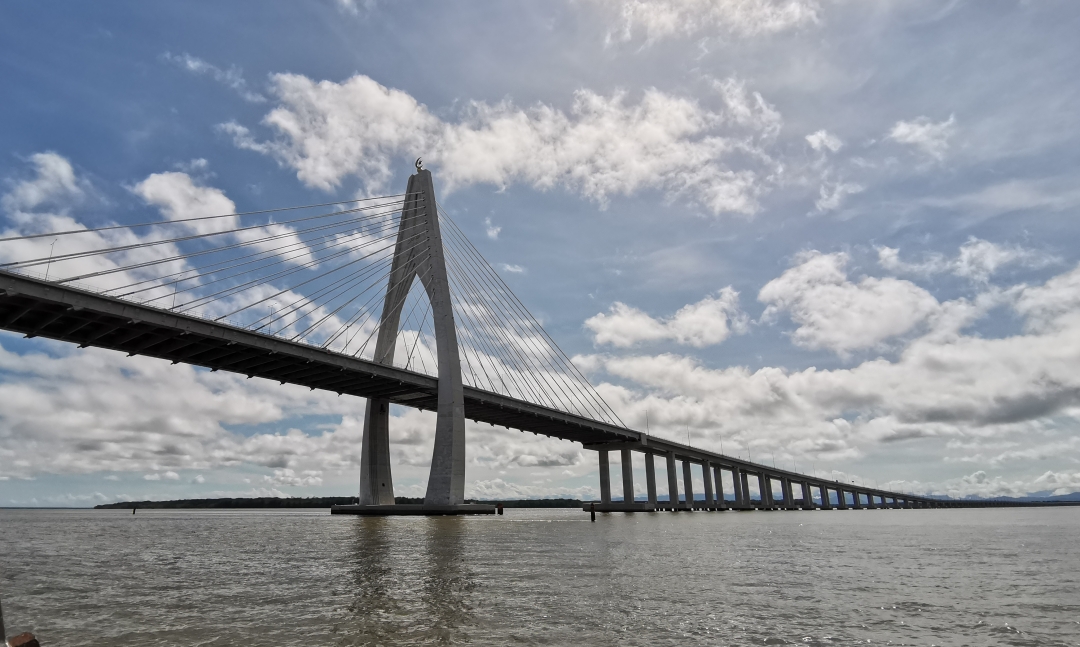 MIRI (Sept 14): Brunei has opened its 26.3-kilometre Sultan Haji Omar ‘Ali Saifuddien Bridge (SHOAS) to foreign vehicles except for those above 3,500 kilogrammes (kg).

According to a statement by the bridge’s management committee, jointly chaired by Brunei’s Ministry of Transport and Infocommunications, and Ministry of Development, the SHOAS is open to all Brunei-registered vehicles.

The committee pointed out that for private and commercial foreign in class II and V weighing over 3,500 kg are not allowed to use the bridge except for those comparable to Brunei vehicle classes I, III, IV, VI and XII.

Foreign vehicles weighing over 3,500kg are advised to use the Asean Highway 150 or AH150 (via Limbang) as usual.

The committee also advised road users to obey the 100 kilometers per hour speed limit for normal vehicles and 80 kilometres per hour for commercial vehicles on the bridge.

The opening of SHOAS has long been awaited by Sarawakian and Sabahan looking forward for shorter travelling distance between the two states via Brunei.

The bridge was opened ahead of schedule on March 17, 2020 due to the Covid-19 restrictions to allow its citizens to commute between Temburong and the rest of the sultanate while barring foreigners and non-resident from entering the country.