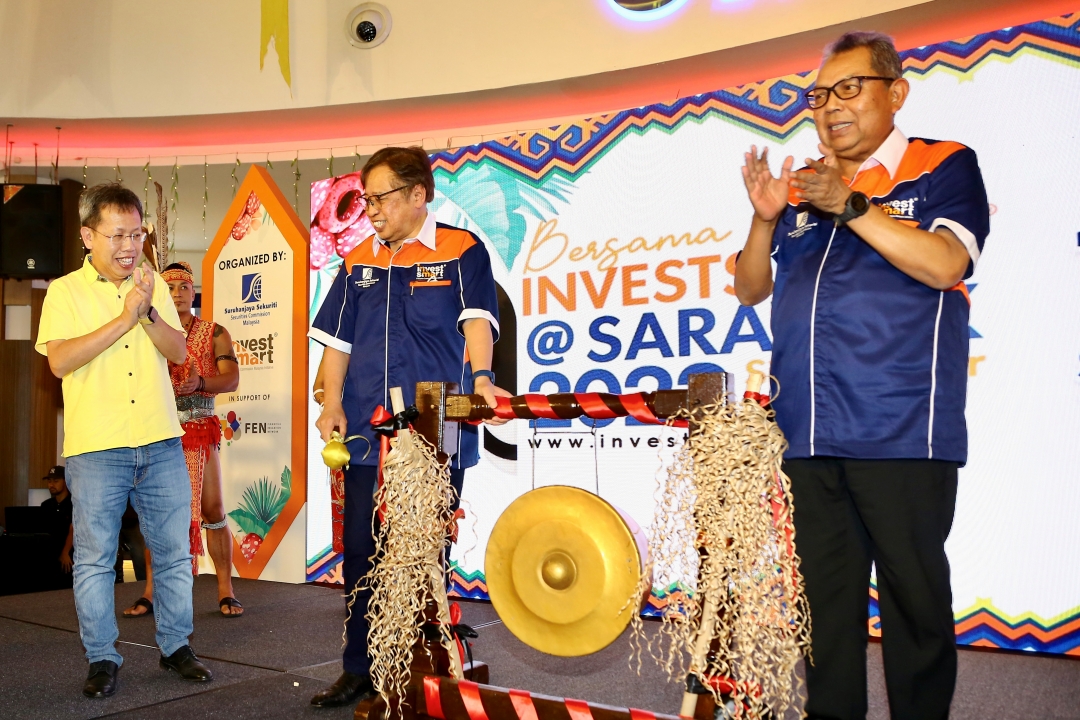 According to Securities Commission of Malaysia (SC) chairman Datuk Seri Dr Awang Adek Hussin, investment scams accounted for close to 12,000 out of the overall number.

“Similarly, the SC has noted a substantial increase in complaints and enquiries on scams and unlicensed activities, particularly between 2020 and June 2022.

“In the first half of this year, we have received 1,350 complaints and enquiries about scams and unlicensed activities,” he said at the opening ceremony of ‘InvestSmart@Sarawak 2022’ in VivaCity Megamall here today, where Premier of Sarawak Datuk Patinggi Tan Sri Abang Johari Tun Openg officiated at the event.

Awang Adek also cautioned the public about most scammers using social media channels such as WhatsApp and Facebook to target and lure in their victims.

He said recently, the Telegram channel had also been used to carry out illegal activities.

“Typically before parting with their money, people would conduct careful search, or get second opinions and proper advice before making any investment decision.

“Scammers, on the other hand, are good at exploiting people’s desire for quick and high returns, and also their fear of missing out (on prospects),” he said.

In this respect, the SC highly advised investors to refer to its ‘Investor Alert List’, which could identify unauthorised and unlicensed entities, said Awang Adek.

He said if in doubt, they should call the SC hotline or send their complaints to aduan@seccom.com.my.

On a separate matter, Awang Adek said it was very timely and opportune for SC’s ‘InvestSmart’ programme to be conducted in Sarawak given the immense and growing interest in sustainability and the broader agenda of the state.

“There’s really no place better-aligned to this megatrend (than Sarawak).

“Sarawak is a land of great abundance, and it holds immense promises.

“Well-endowed naturally, Sarawak has the significant comparative advantage to be in this space, including in renewable energy and carbon market.

“I am personally very excited to be here today for this reason,” he said.

Meanwhile at a press conference held later, Abang Johari expressed thanks to the SC for coming to Sarawak and holding the InvestSmart programme, which he hailed as ‘giving a better picture of how the state investors could manage their funds through smart investment’.

“This is important because due to the widespread usage of social media lately, sometimes the data and the information given are not so accurate.

“Also, we could even see that the promised returns to investment promoted on social media being much better.

“So through this event, our investors should be able to obtain all the correct information about investments,” he said, adding that he had visited several kiosks, especially those dealing with bitcoin investment.

According to him, they have proper instruments licensed and endorsed by Bank Negara and the SC.

“This is where you can invest in terms of cryptocurrency; that means bitcoin.

“They are better-regulated, and you would not be subject to false information.

“I think this event is good because I believe many of our investors do not know the existence of such instrument.

“Because they’re licensed by the authorities, I believe this is the correct channel.”

Abang Johari added that through the InvestSmart programme, the public would know more about the licensed cryptocurrency trading.

“Many people not know about it. This is a new instrument, and there are licensed cryptocurrency traders in Malaysia who can help when it comes to cryptocurrency investment,” he said.