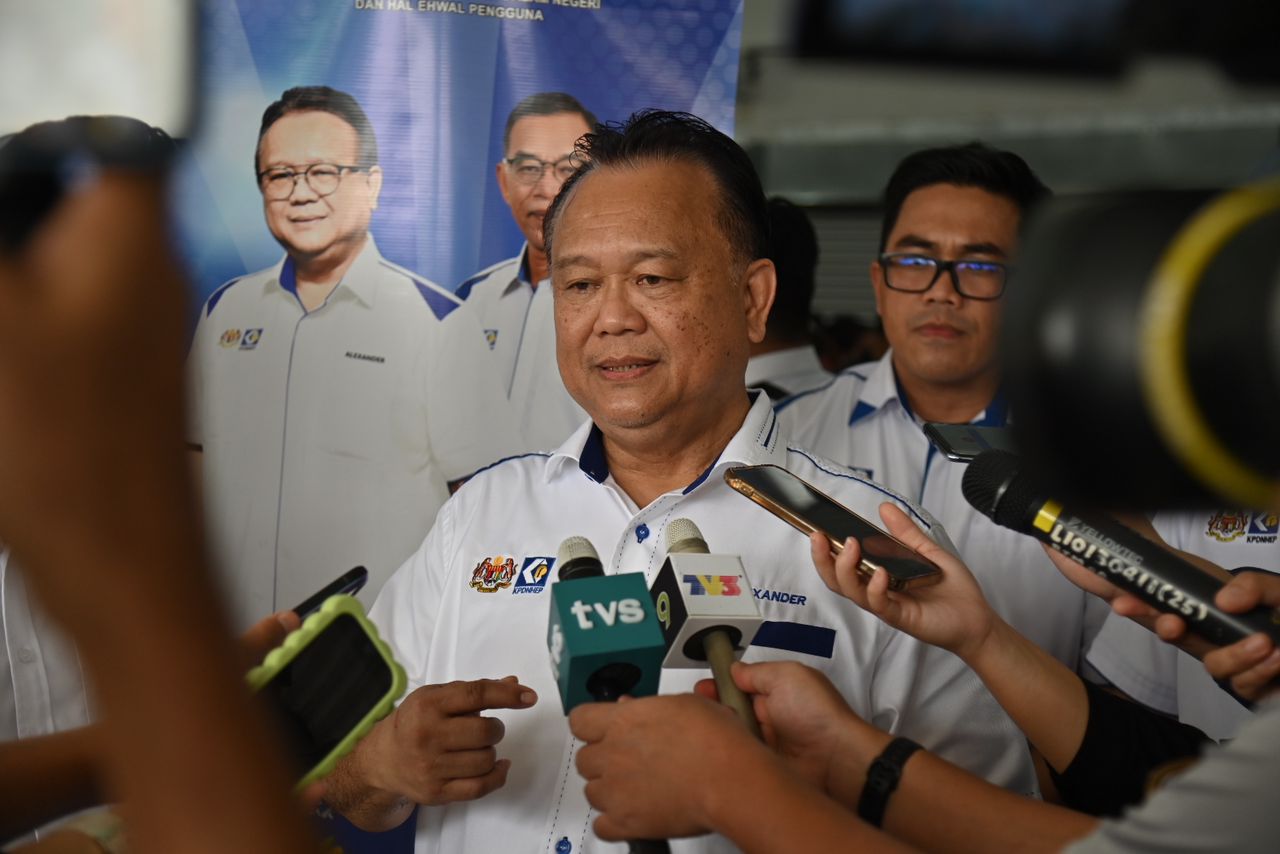 Nanta being approached by reporters during his visit to Balai Babuk Barum Bunan in Serian.

KUCHING (Sept 18): The state ruling coalition Gabungan Parti Sarawak (GPS) is all set and ready to face the 15th general election (GE15), which could be called at any time now.

In giving this assurance, Parti Pesaka Bumiputera Bersatu (PBB) secretary-general Dato Sri Alexander Nanta Linggi says the elected people’s representatives from GPS are always on the ground, carrying out their duties in addressing the needs of the people.

“It has been not more than a year since we concluded our 12th Sarawak state election and throughout this period, GPS has been working closely with all its representatives in the DUN (State Legislative Assembly) to ensure that the coalition remains relevant to the people,” he told reporters when met after his visit to Balai Babuk Barum Bunan in Serian in connection with the ‘Keluarga Malaysia Sale’ programme yesterday.

“Maybe we would increase our level of readiness even further and be prepared for the elections, which could be called at any time now,” said Nanta, who is the federal Minister of Domestic Trade and Consumer Affairs.

Prime Minister Datuk Seri Ismail Sabri Yaakob is said to be facing mounting pressure from the top leadership of his own political party, Umno, to dissolve Parliament and pave the way for GE15 to be held by the year-end.