Tuesday, February 7
You are at:Home»Columns»Between The Lines»YES MINISTER! Step up empowerment and participation
For the freshest news, join The Borneo Post's Telegram Channel and The Borneo Post on Newswav. 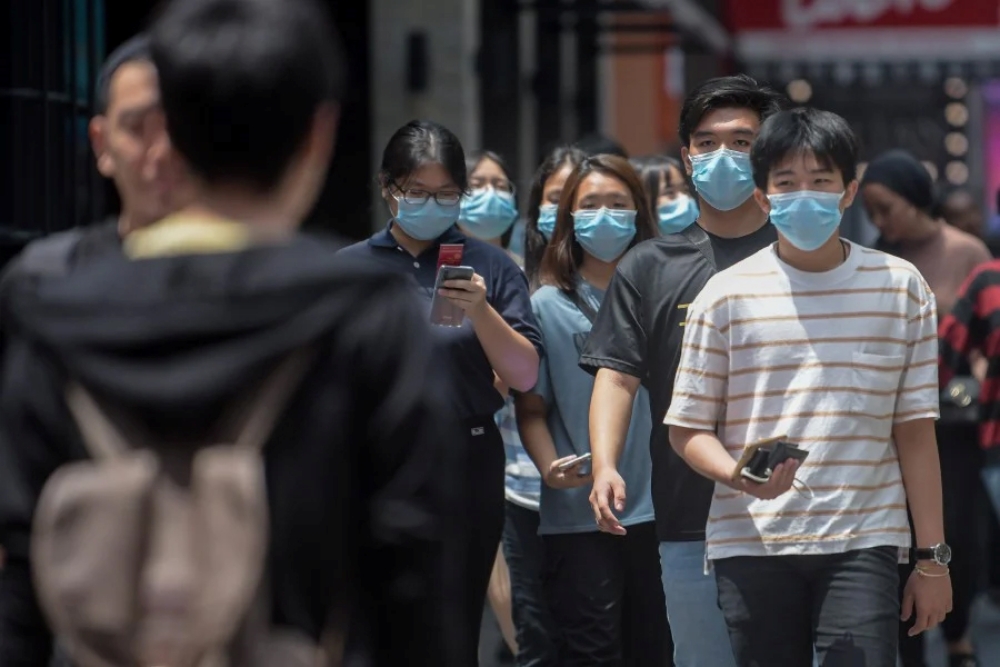 It is said that the more people are involved in project decision-making, the more the community drives the project. — Bernama photo

YES, Minister. You spoke about the growing scope of rural democracy and its shifting dynamics. You chose the right words to drive home the importance of people participation and the dynamics of inclusivity in community development.

You stood out as a leader among many with a heart and mind for tomorrow.

You were on the side of democratic reality and changing times. How you wish you could step up the tempo and broaden the confidence to facilitate structural and social change across the community and administrative machinery.

As noble as your mission may be, you may be ahead of your time, though it will come sooner or later. Notwithstanding, take comfort in the suggestions from many that you would earn an honourable mention in the sociological study of contemporary rural communities.

Yes, Minister. You chose to speak in a development language that departs from the traditional top-down approach and Weberian bureaucratic style. You chose to embrace a people-centric approach that allows power relations, indigenous social values, and local nuances to emerge and naturally seek a platform for commonality, while respecting the power of the day and the community.

You are aware that the two key words and concepts in community development are ‘participation’ and ‘empowerment’, which are interconnected and born of growing democratisation and humanisation of rural community and development, even if to the less enlightened, they are just words to impress.

Yes, Minister. You understood well enough that in order to collaborate successfully with a community, all parties involved must strive to understand the perspectives of ‘insiders’, whether they are members of a neighbourhood, religious institution, community organisation, or educational institution. Recognising one’s own culture and how it shapes one’s beliefs, values, and expectations is critical to developing such understanding.

Indeed, as studies and United Nations (UN) Development Reports have shown, community development revolves around two key concepts: participation and empowerment. Community development’s ultimate goal is to empower people and improve their quality of life. However, without the community’s participation and involvement in the specific project, it will be impossible to achieve this goal.

As Cornwall and Brock (2005) correctly point out, without genuine empowerment, participation can quickly devolve into a token exercise or even a means of maintaining power relations; and without meaningful participation, empowerment can remain a hollow, unfulfilled promise. Indeed, empowerment and participation are mutually beneficial and can be viewed as means and ends, processes and outcomes.

Empowerment and participation are two of the most valuable tools used by community development planners and social work practitioners in more developed democracies to achieve development, even though not all measures are implemented.

Transitioning from a top-down to a mixed bottom-up and top-down approach to development in Sarawak is understandably difficult given that the government and related agencies have implemented development programmes based on a Weberian bureaucracy system in which power that plans and decides remains very much at the centre for the past 50 years.

Yes, Minister. You are probably aware that ‘community participation’ is viewed as an indicator of people’s involvement in project decision making or implementation. It is said that the more people are involved in project decision-making, the more the community drives the project. The World Bank initiated ‘community-driven development’ (CDD) as a new generation of the more traditional form of community-based development (CDB).

Participatory development is both an end and a means to an end. It is a goal because participation develops skills and increases people’s capacity for action and enrichment of their lives. It is a tool because participation helps to improve development policies and projects. In this regard, the United Nations and, in particular, the World Bank are primarily concerned with determining how individuals, communities, and public and private institutions can contribute to improving and extending development prospects.

Theoretically, the idea of participation might appear to be replete with grand-sounding promises of empowerment for the poor and marginalised. But, in practice, participation may often take the form of enlisting people in various social and community development projects to secure the compliance of local people.

And it is also to ensure they return to vote for them to retain power.

Yes, Minister. Participation and empowerment are highly complementary and can be viewed as means and ends, processes and outcomes. Without genuine empowerment, participation can quickly devolve into a token exercise or even a means of maintaining power relations.
Furthermore, without meaningful participation, empowerment may remain a hollow, unfulfilled promise.

Yes, Minister. While you acknowledged that participation is a necessary condition for progress toward a more egalitarian society, you also acknowledged that more could be done in terms of representation and balance in addressing the symptoms and causes of deprivation affecting a community.

It entails giving the people some power over decision-making and policy formulation, as well as participation in all spheres. It allows community members to exercise their democratic right and civic responsibility, as well as enables their voices to be heard and counted on. The central power opening up such a space to the community may upset the existing status quo on development agenda and undermine the power base of some politicians.

Although this would theoretically bode well for meaningful community participation and increased democratisation, political realities would stand in the way. The paradox of politics vis-a-vis community development will remain a spectacle of uneasiness for a long time.
Attempting to break it to further the puritan cause of community empowerment and participation is wishful thinking, though it is occasionally invoked to keep the democratic spirit alive.

The community’s social space becomes a territory that many fear to tread with ideas and initiative that may perceivably give rise to a community of democratic boldness and courage and likely cause some disruption to a centrally-planned initiative.

Yes, Minister. We are not yet prepared to make such a transition. However, let the innate desire resonate in our hearts and minds across generations.

The younger generation of educated constituents, many of whom fall into the Undi-18 category, perceive ‘safe spaces’ differently. Many of them see ‘safe spaces’ as a threat to ‘thinking innovation’, and ‘dialogic communication’ which are necessary for community development.

They function as ‘echo chambers’, shielding people from the discomfort of having their opinions challenged on difficult or contentious issues.

Yes, Minister. While your heart desires empowerment and participation, your true political self remains subservient to the power of the day and acts in accordance with its agenda and goals.
That leaves one with no option but to stay the course and stay safe.

Previous Article7-year-old killed after crashing through glass coffee table
Next Article Render unto Sarawak and Sabah that which is theirs!