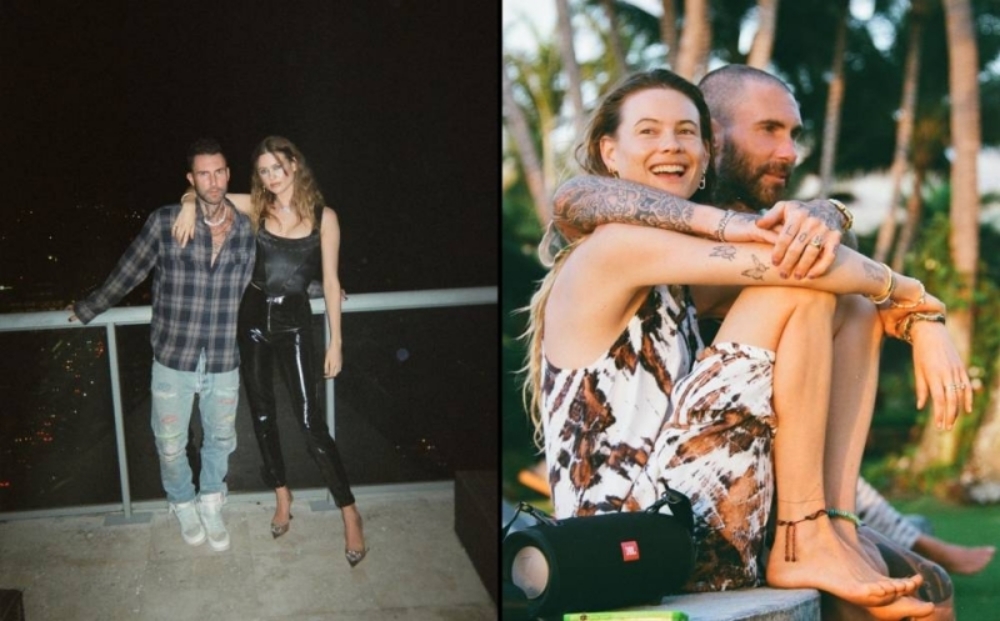 Levine has denied cheating on his wife Prinsloo, even while admitting that he had ‘crossed a line’. – Photos via Instagram/ behatiprinsloo

PETALING JAYA (Sept 21): More women have stepped forward to accuse singer Adam Levine of flirting with them — including his former yoga teacher.

These fresh allegations come soon after the Maroon 5 frontman publicly denied cheating on his wife with Instagram model Sumner Stroh.

Earlier today, yoga practitioner Alanna Zabel took to Instagram to accuse the musician of propositioning her.

Zabel, who said she was Levine’s yoga teacher from 2007 to 2010, claimed that Levine texted her saying, “I want to spend the day with you naked”.

“I was in the bath but my jealous ex saw it and went into a rage,” she said in her Instagram Stories post.

Zabel said she assured her ex that the text must have been intended for Levine’s then-girlfriend, and asked Levine if this was the case.

“Adam didn’t reply… and my ex became violent, breaking my wrist,” she added.

“Massive life changing, destructive moment, and when I told Adam he ignored it, never apologised, removed me from (the) upcoming tour and iced me out during one of the most devastating times of my life, all from his one flirtatious text.”

Levine has been married to Victoria’s Secret model Behati Prinsloo since 2014, and the couple is expecting their third child.

Yesterday (Sept 20), a model named Maryka posted screenshots of her alleged text conversations with Levine on Instagram, where he tells her to “Distract yourself by f*****g with me!”

In another series of messages, Levine allegedly tells Maryka that he is “obsessed” with her, and says that his marriage is “complicated”.

Another woman named Alyson Rosef also posted a series of messages she allegedly received from Levine in two TikTok videos on Monday (Sept 19).

In one text exchange, Rosef states that she only listens to metal music, to which Levine allegedly replied: “Said no hot chicks ever other than you.”

Rosef claimed she had more “inappropriate” messages from the singer, and chose to come forward as she “felt bad for his wife”.

Although Rosef’s videos have since been deleted, other TikTok users have reposted them to the platform.

On Monday, Stroh posted a viral video claiming that she had a year-long affair with Levine, sharing screenshots of messages she allegedly received from him – including one that stated his intentions of naming his next baby after her.

While Levine denied the affair with Stroh, he admitted to having “poor judgement”.

“I did not have an affair, nevertheless, I crossed a line during a regrettable period in my life,” he wrote in an Instagram post yesterday.

“In certain instances it became inappropriate; I have addressed that and taken proactive steps to remedy this with my family.

“My wife and my family (are) all I care about in this world.”

However, Stroh told Page Six that her relationship with Levine, which she claims to have taken place after she graduated college in 2021, was a “physical” one.

Maroon 5 is expected to play in Singapore on Nov 28 in the Asian leg of their world tour. – Malay Mail