Friday, September 30
You are at:Home»News»Sabah»Fake infographics on Sabah government’s programme on social media 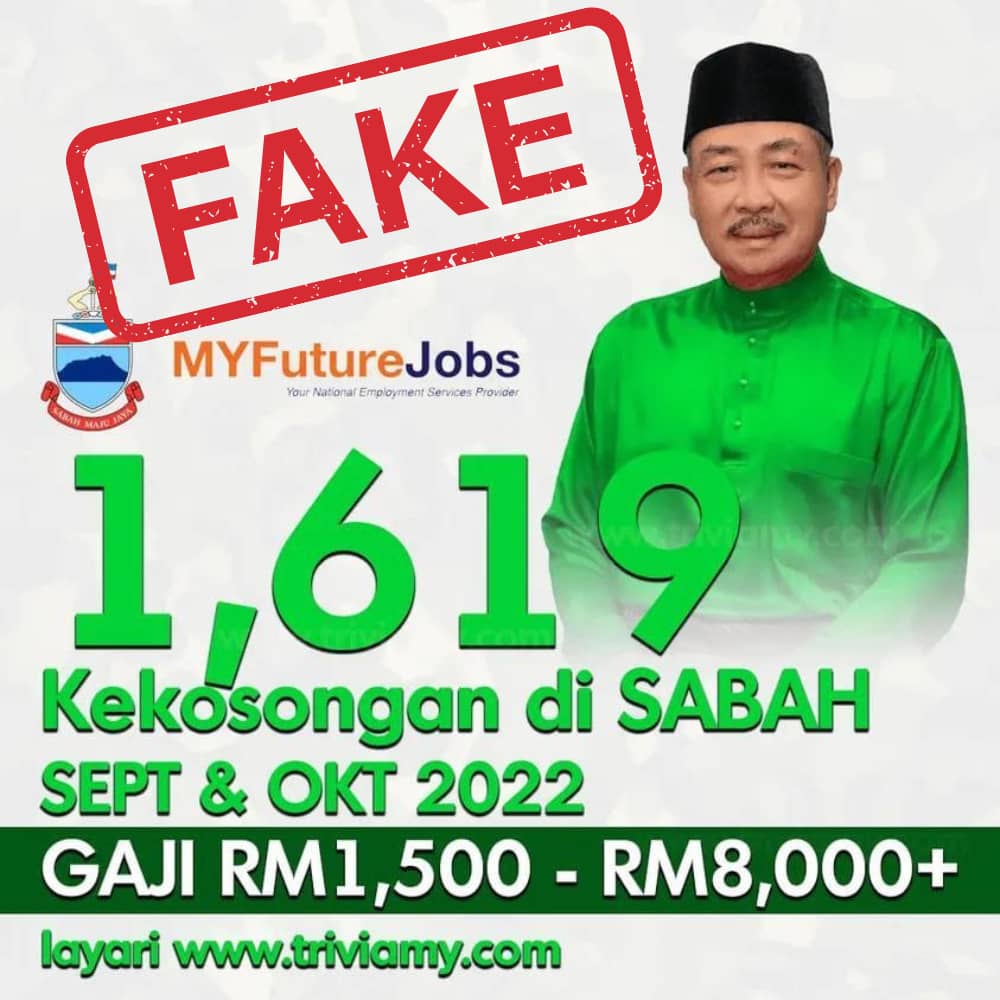 One of the fake programmes being posted on social media. – Graphics via Facebook

KOTA KINABALU (Sept 21): The public is advised to be wary of several infographics on job vacancies and Rumah Mesra SMJ that has the Sabah government’s crest accompanied by photographs of Chief Minister Datuk Seri Panglima Hajiji Noor surfacing on social media.

“They are false information and merely clickbait to route traffic to a certain website,” the Media and Communications Office of the Chief Minister’s Department said in a statement here today. 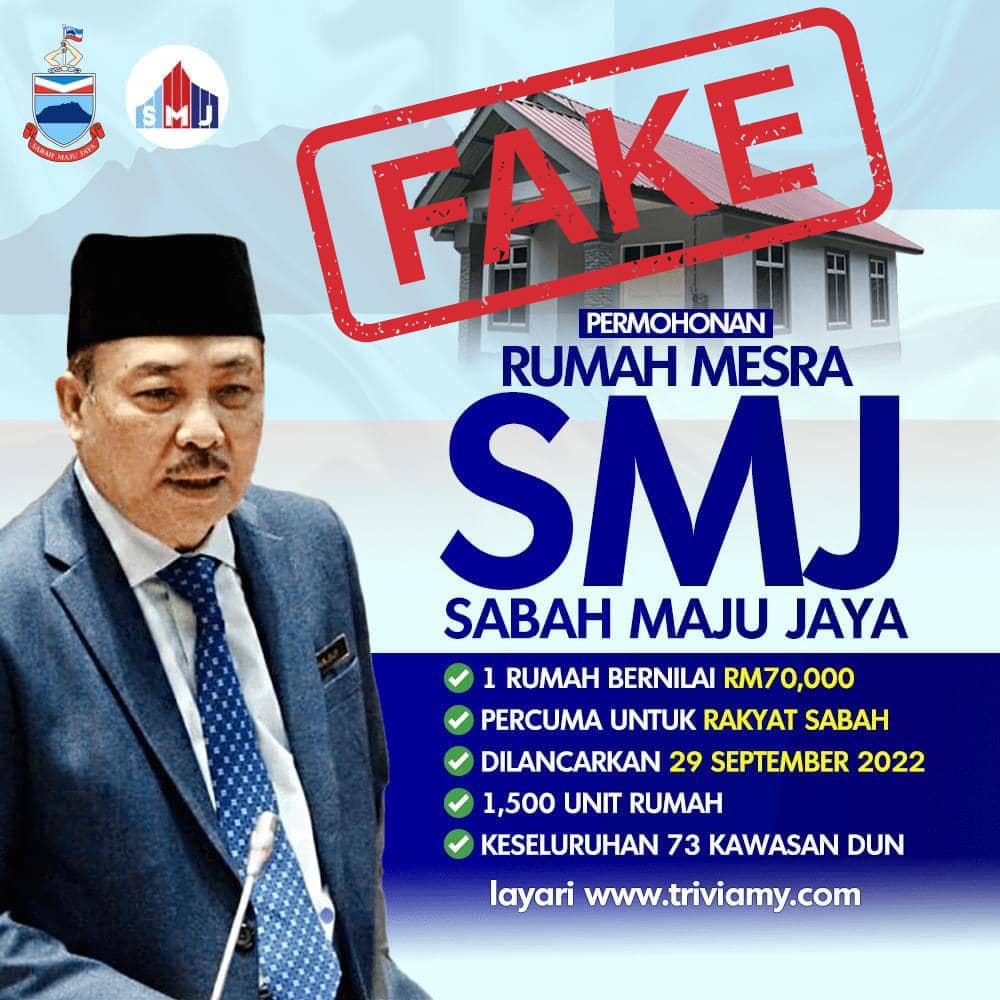 One of the fake programmes being posted on social media. – Graphics via Facebook

The statement added that the link provided by the infographics on the Rumah Mesra SMJ is also fake since it will redirect people to another page about job vacancies in the Malaysian air force.