Wednesday, November 30
You are at:Home»News»Sarawak»Four workers hurt after gas explosion in Bintulu cafe 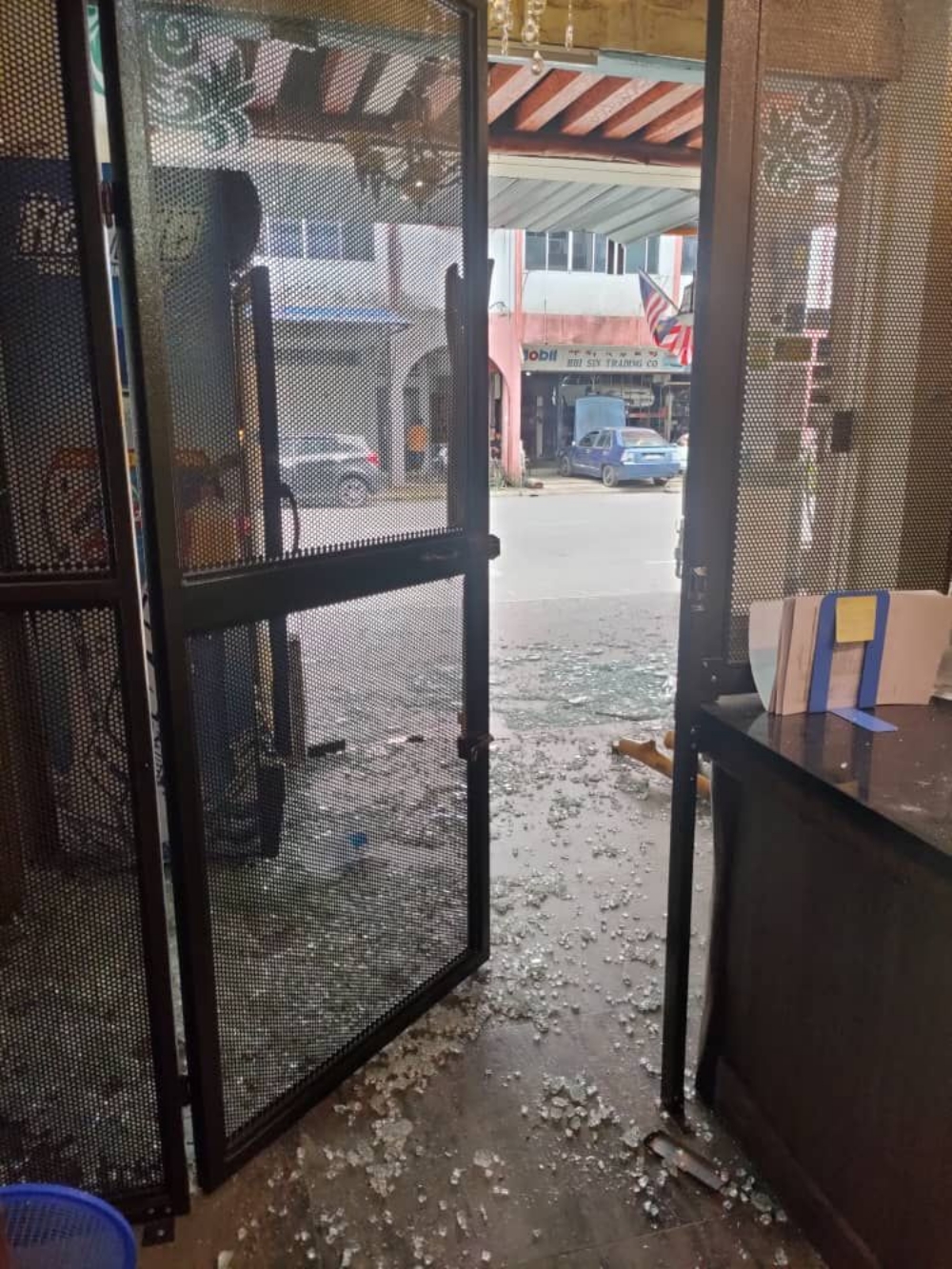 The blast shattered the glass windows and doors of the cafe. – Photo courtesy of Bomba

The explosion occurred in the kitchen of the cafe, according to a statement from the Fire and Rescue Department (Bomba) Sarawak.

The explosion also shattered the glass windows and doors, and damaged the ceiling of the premises.

The Bomba statement said they received a distressed call at 2.47pm.

The injured workers were later brought to the hospital for treatment.

The operation ended at 3.40pm after Bomba personnel confirmed that everything was under control and safe.