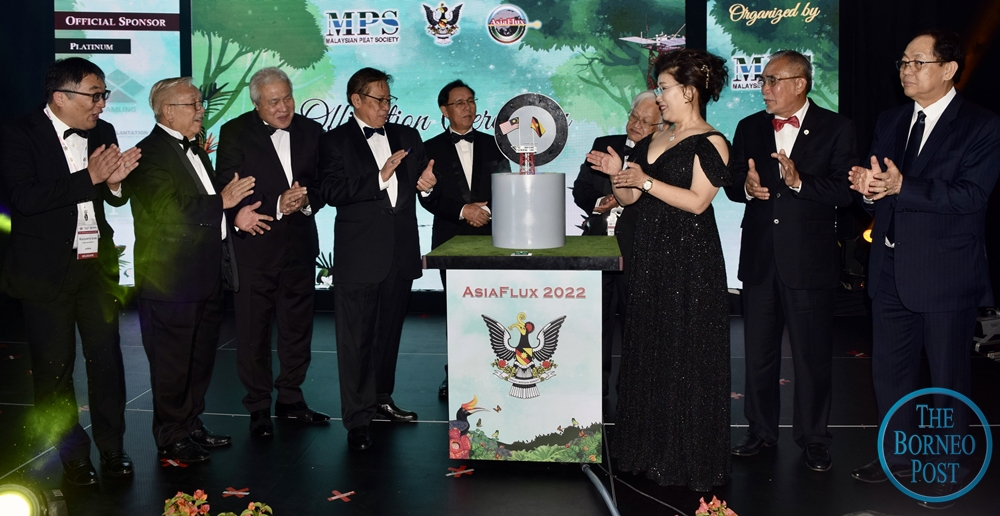 Abang Johari, who is the Energy and Environmental Sustainability Minister, said the legislation is enacted to demonstrate the state’s efforts to be at the forefront of climate change mitigation.

“To regulate forest carbon activities which is in line with efforts to mitigate the effects of climate change under the Paris Agreement, Sarawak has recently amended its Forests Ordinance 2015,” he said in his speech during the AsiaFlux Conference 2022 Gala Dinner held at the Tropi headquarters here last night.

With the amendment of the ordinance, Abang Johari said Sarawak is thereby creating a solid foundation, leveraging on the market mechanisms and stakeholders’ collaboration towards environmental sustainability.

He pointed out that Sarawak has also amended its Land Code to allow carbon capture, utilisation, and storage as methods of mitigating climate change, and that the carbon credits generated will be tradeable in the carbon market.

Abang Johari said Sarawak will continue to strongly support scientific research and monitoring of its forests and cropland ecosystems.

Describing Sarawak’s forests and croplands as a ‘state treasure’, Abang Johari said the government of Sarawak, as stewards of its people, are committed to protecting them.

He said Sarawak Tropical Research Institute (Tropi) on its part, has advocated for and implemented eddy flux measurement, which is a widely accepted method for validating carbon flux inventories in the environment.

“The state government’s commitment to environmental sustainability is underlined by its support of Tropi’s eddy flux tower studies and by virtue of pursuing such studies, Sarawak, through the validation efforts of Tropi has taken its place in the global network in generating empirical scientific data to better understand the tropical peatland ecosystem,” he added.

He said the studies by Tropi will help Sarawak contribute to the estimation of global greenhouse gas (GHG) budgets to achieve the Paris Agreement goals of reaching net-zero emissions by 2050 or earlier, and thus avoid the looming tipping points of 1.5°C warming over pre-industrial levels.