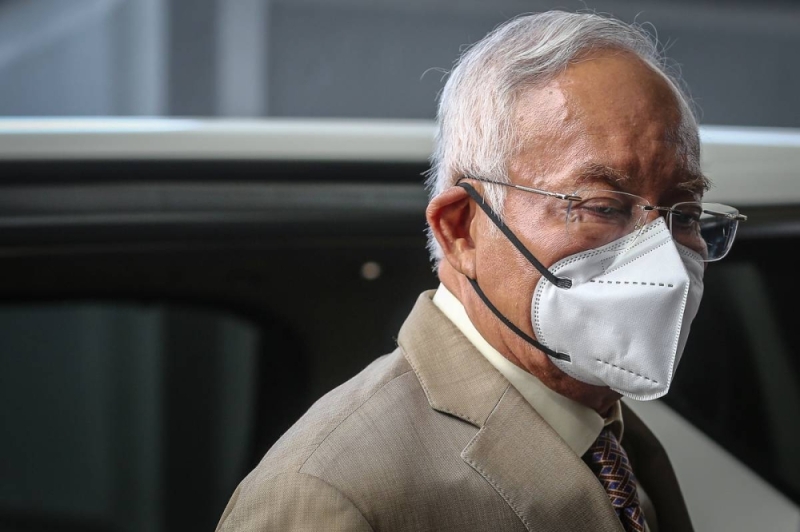 KUALA LUMPUR (Sept 21): Disgraced former prime minister Datuk Seri Najib Razak has been admitted to the Cheras Rehabilitation Hospital (HRC) for further treatment and will be returned to Kajang Prison to continue serving his sentence once he is discharged.

The Prisons Department said in a statement today that Najib was sent for a medical check-up at Hospital Kuala Lumpur (HKL) after saying that he felt unwell, before then being transferred to the Cheras Rehabilitation Hospital on September 19.

“Datuk Seri Najib will be sent back to Kajang Prison to serve his prison sentence as soon as HRC or HKL medical experts give him the medical all-clear.

“As the authority that executes its responsibilities under the Prison Act, the Prisons Department, in addition to carrying out the sentence that has been handed down, is also responsible for ensuring that the health of a prisoner is constantly monitored and cared for, including the provision of treatment facilities and medicine as recommended by government medical officers,” it said in a statement today.

Previously, Najib — who is serving a 12-year jail sentence after failing in his final appeal against the High Court’s guilty conviction in his SRC International corruption case on August 23 — was first reported to have been admitted to HKL on September 4.

The next day, his daughter Nooryana Najwa revealed that Najib was hospitalised for stomach ulcers — a problem he has reportedly suffered from for years.

However, Health Ministry director-general Tan Sri Dr Noor Hisham Abdullah said Najib was in good health when he was discharged from the hospital.

He said Najib was admitted to HKL on September 9 for an elective check-up to ensure he was in optimal health, and not for an emergency.

He added that the hospital held two family conferences to update Najib’s kin on the test results — and that the doctors unanimously decided he could be discharged. – Malay Mail