Sunday, September 25
You are at:Home»News»Sarawak»Abd Karim: 35 pct representation to protect rights, not to get PM, DPM post 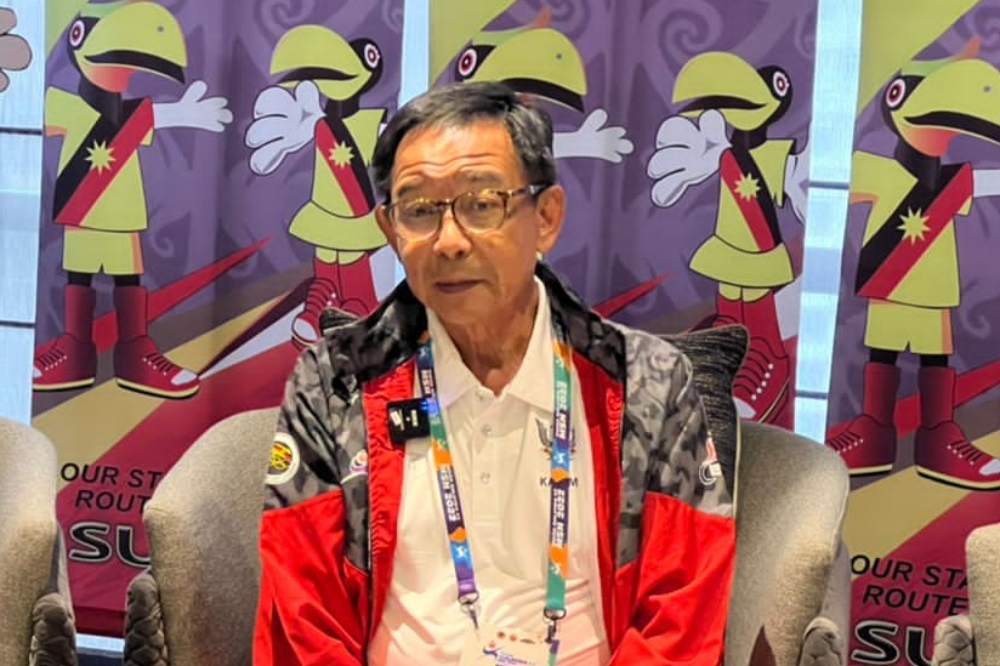 Abdul Karim speaking to reporters at the Berjaya Times Square in Kuala Lumpur on Sept 21, 2022.

KUCHING (Sept 22): The 35 per cent representation of East Malaysia in Parliament is aimed at safeguarding the rights of Sabah and Sarawak rather than providing the two states with the Prime Minister and/or Deputy Prime Minister post, Parti Pesaka Bumiputera Bersatu (PBB) vice president Dato Sri Abdul Karim Rahman Hamzah has pointed out.

“Even though this (35 per cent representation in Parliament) could increase the chance of East Malaysians into becoming the PM and/or DPM, the idea would need the support of parties other than the ones in the two states,” he told a press conference held at the Berjaya Times Square in Kuala Lumpur on Wednesday.

Abdul Karim said he would not look far into the idea of the two states given the post of PM or DPM, pointing out it is more important right now to safeguard the rights of Sabah and Sarawak.

He agreed that the restoration of 35 per cent representation of the overall number of seats in Parliament augured well for the East Malaysian states.

Sabah and Sarawak have been holding 25 per cent of seats in the august House since Singapore left the Federation of Malaysia in 1965.

Singapore’s share of seats in Parliament was never distributed to the East Malaysian states although the Malaysia Agreement of 1963 (MA63) had suggested that it should be so, said Abdul Karim, who is also Sarawak Minister of Tourism, Creative Industry and Performing Arts.

The 35 per cent representation for Sabah and Sarawak was endorsed by the Special Council on MA63, chaired by Prime Minister Datuk Seri Ismail Sabri Yaakob in Kuala Lumpur on Sept 9, 2022.

The matter was disclosed to the media by Minister in the Prime Minister’s Department (Sabah and Sarawak Affairs) Datuk Seri Dr Maximus Ongkili, who however said that more engagements were required pertaining to the issue, especially among serving Borneo legislators and legal practitioners

Based on the current makeup, of the 222 parliamentary seats, 166 or 75 per cent are in Peninsular Malaysia while the remaining 25 per cent or 56 seats are for the Borneo states, with 31 for Sarawak and Sabah (25).

Previous ArticleSukma: Four Sarawak boxers make it to the finals
Next Article Chong: Makes no sense to hold polls when flood season expected