Wednesday, October 5
You are at:Home»News»Sabah»New boats for ESSZone patrols in Tawau 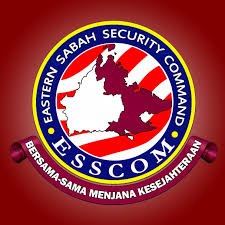 He said these sophisticated boats would be used for security patrols in the Eastern Sabah Security Zone (ESSZone).

“These new assets are sorely needed to facilitate ATB2 teams in patrols to ensure the security of residents in maritime areas,” he told reporters after the Civil Military Cooperation (CIMIC) programme on Pulau Denawan here on Thursday.

He said the Joint Forces Headquarters was responsible for planning and implementing various types of joint training and operations, including coordinating the involvement and needs of the Malaysian Armed Forces (MAF) under United Nations programmes.

“The implementation of operations involving ATB2 and other security agencies brings various positive results, including giving confidence to investors, tourists and the local community,” he said.

On Thursday’s programme, Yazid said it was aimed at exposing the people to the role of MAF and encouraging them to be involved in certain aspects of national defence.

“Apart from promoting the concept of motivation in education, health and cleanliness, the programme also gives contributions to residents of Pulau Denawan,” he said.

Pulau Denawan, located on the east coast of Sabah, has a population of about 3,000 comprising mainly fishermen. – Bernama