Wednesday, October 5
You are at:Home»Business»Rate hike: Still a dollar play 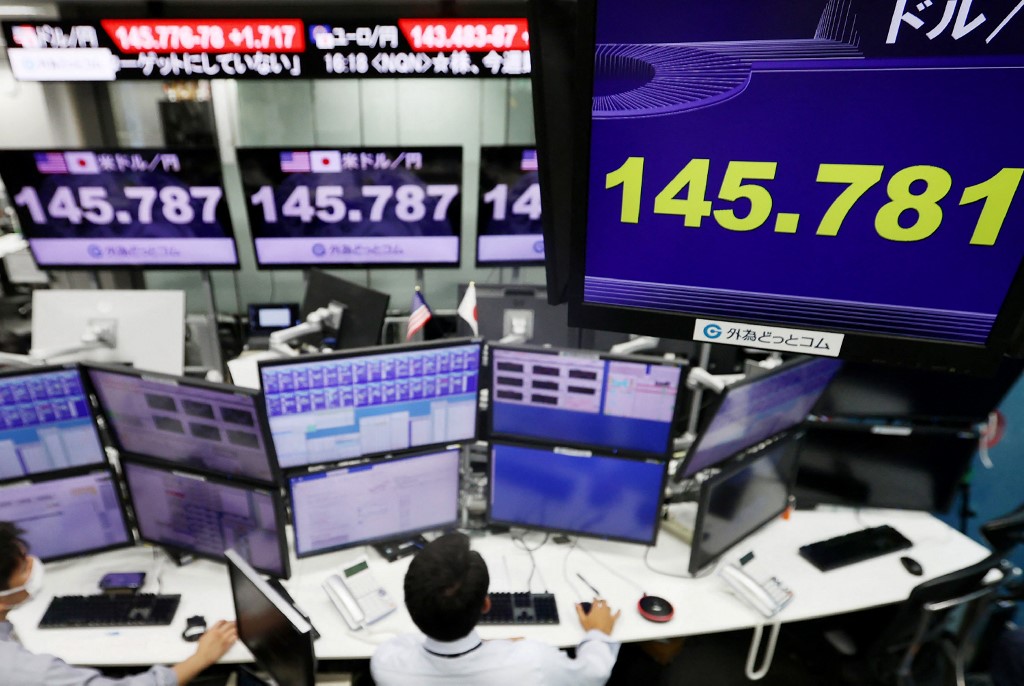 An electronic quotation board displays the yen’s rate 145 yen level against the US dollar at a foreign exchange brokerage in Tokyo on September 22, 2022. – AFP photo

KUCHING (Sept 22): The Federal Reserve has signalled to the forex markets that it will cut growth and raise unemployment forecasts while inflation will still be higher than previous forecasts and that the policy rate could be as high as 4.60 per cent by the end of 2023.

Researchers with AmBank Group (AmBank Research) believed this will see the forex market biased towards slow-down or mild recession. And such, the  playbook will really favour the dollar over pro-cyclical currencies.

“Hence, investors should not be in a hurry to quit the most liquid forex reserve currency – at a time of escalating war in Ukraine,” it opined in its review of the US’ latest rate hike.

“And if we look at the 1980s Paul Volcker period, the Fed had to bring the US economy into recession to get inflation under control. The dollar soared during this period.”

The US Federal Reserve hiked its key interest rate by 75 basis points (bps) for the third time in a row, bringing the federal funds rate target range between three to 3.25 per cent.

AmBank Research added that further strength in the US dollar will see trading partners respond as much as they can.

“The European Central Bank is ‘attentive’ to euro-US dollar weakness but is never going to be able to match the four per cent Fed policy rates coming on their way,” it added.

“Unlike the US economy, the eurozone is in a negative output gap. And given the events in Ukraine, it is hard to rule out a further grind towards 0.95 over coming months.

“More pressing right now is US dollar-Japanese yen, which is again closing in on 145. Japanese authorities remain close to pulling the trigger on forex intervention. And we have a Bank of Japan (BOJ) meeting next this week.

“No change is expected from the dovish BOJ – but a tweak to the BOJ’s 10-year target and intervention would certainly catch the market unawares. We believe the US dollar-Japanese yen traded volatility is too cheap.”

As the latest Fed projections signal a more hawkish rate hike path, the team at Hong Leong Investment Bank Bhd anticipate ringgit to depreciate further towards the end of the year and average RM4.40 per US dollar.