Wednesday, October 5
You are at:Home»News»Sabah»Star members told not to be influenced by statement 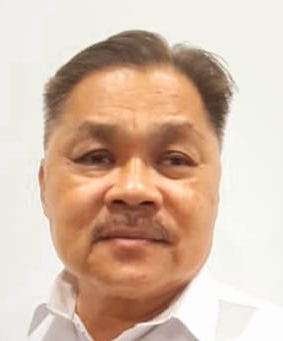 He said that the current Sabah government is the GRS-BN government which was formed from the collaboration between Perikatan Nasional, Parti Bersatu Sabah (PBS) and Barisan Nasional (BN) during the last state election.

He said through the GRS-BN government, there were many positive achievements, including the gradual return of Sabah’s rights as enshrined in the Malaysian Constitution.

“The GRS chaired by the Chief Minister, Datuk Seri Panglima Haji Hajiji Haji Noor is also committed to uniting the people of Sabah, and to fight for the rights of Sabah. The struggle to claim Sabah’s rights is not dependent on political parties but the voice of the people’s representatives at the State Legislative Assembly (DUN) and at the House of Representatives,” he said.

Robert was commenting on the statement of Jovilis Majami on his Facebook post who claimed that working with Barisan Nasional and Umno is turning back on the principles of the party’s struggle.

Robert who is also the State Assistant Works Minister, said that GRS was established to unite the local parties in the state to fight together for the rights and interests of Sabah.

He also reminded that there is not a single political party that will succeed in ruling at the state or federal level in the current political situation and scenario if a general election is held.

Therefore, he said it is not appropriate for Jovilis to issue an arrogant statement by calling on the Star Sabah leadership to examine the existence of the party in GRS.

“I would like to emphasize that the party president, Datuk Seri Panglima Dr Jeffrey G. Kitingan has never deviated from the struggle to claim the rights of Sabah as requested by Jovilis,” he added.

“GRS is ready to cooperate with all local political parties, but in the 15th GE, whether it will cooperate with BN will depend on the decision of the party leadership after conducting in-depth research and research from various angles. On the other hand, it is not determined by Jovilisi individually,” said Robert.

Jovilis in his Facebook post recently stated that it was his stance in the Supreme Council that he considered joining with BN and Umno in the upcoming election as inappropriate as it rejected the party’s principle in its struggles and alleged that this was a betrayal to the party’s supporters and members.