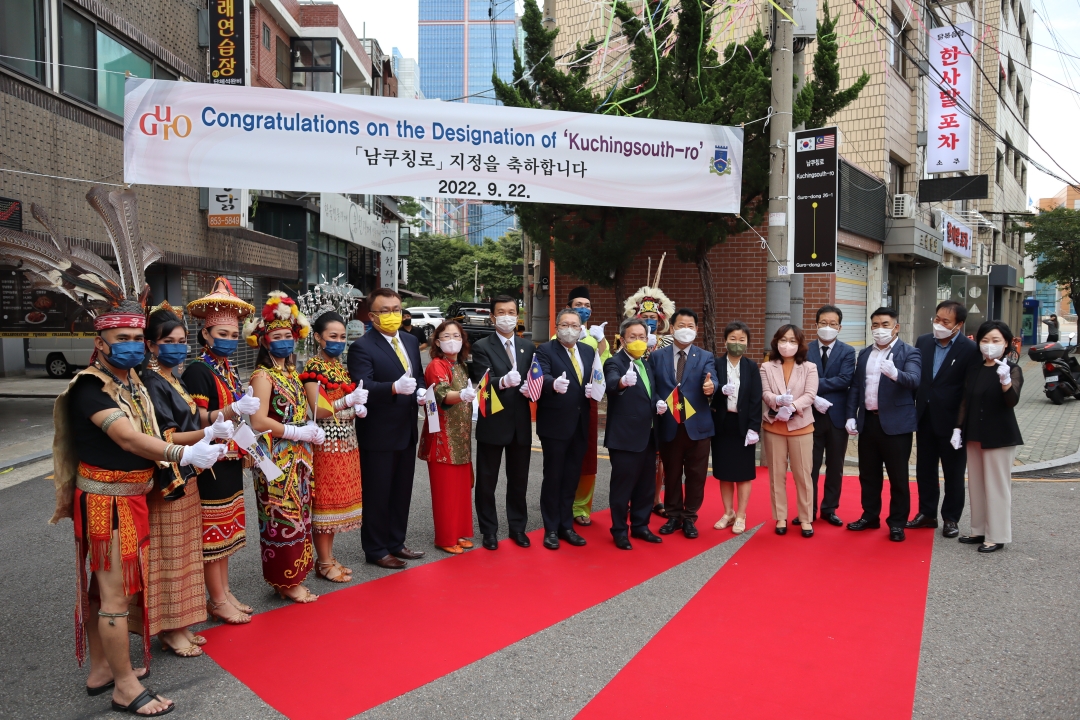 BINTULU (Sept 22): A street in Guro City, South Korea, has been named ‘Kuchingsouth-ro’ in celebration of the 10th anniversary of friendship with Kuching South City Council (MBKS).

“We not only put Kuchingsouth-ro on the roadmap of Guro City, but it represent efforts of the successive mayor and councilor of Guro and Kuching South, to strengthen the exchanges beyond city council to the people, business institutions, and as well as Kuching South and Guro City for years to come, and not just the last 10 years,” he said during the ceremony.

“In 2019, when I took over as the mayor of MBKS, Guro City was the first friendship city that I have visited.

“Through our meeting in 2019, Guro City agreed to name a road Kuchingsouth-ro in enhancing the relationship and mark the 10th anniversary of our friendship cities this year.

“The naming of the road was approved and put up in 2020 and we thank Guro City for their effort in materialising the road naming,” he said.

He said for the past 10 years, MBKS and Guro City not only built social, cultural and economic links, but also contributed to direct benefits locally, regionally and nationally through trade and tourism.