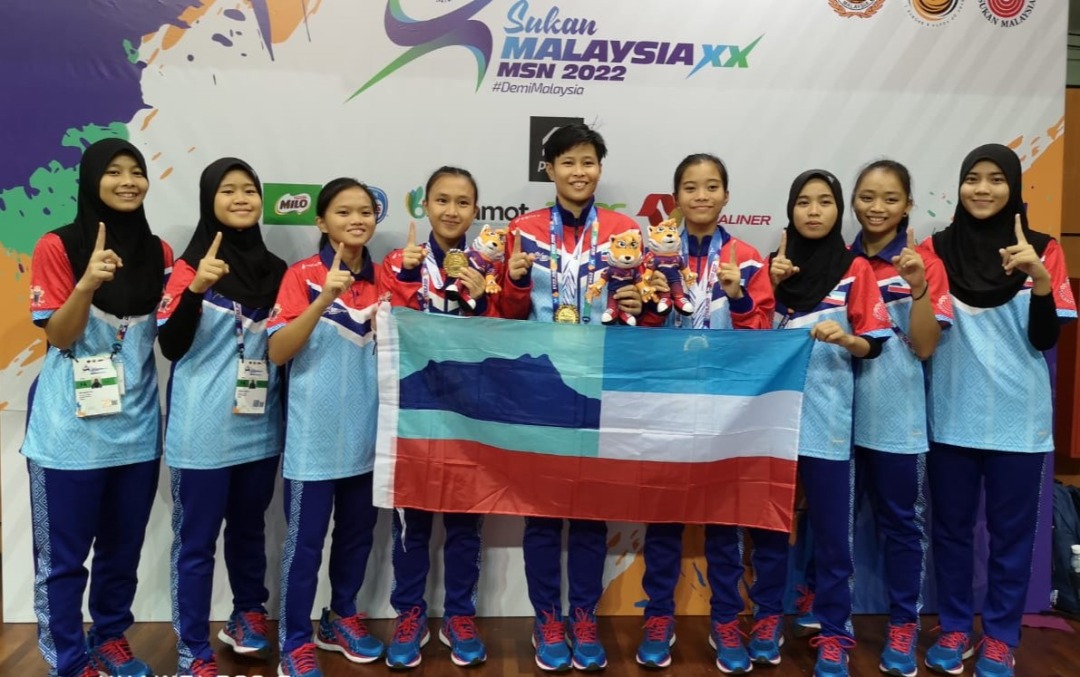 The victory against Perak ensured Sabah made a clean sweep of the two sepak takraw gold offered in the 20th Malaysia Games (Sukma) having won the Doubles event on Tuesday.

Led by the impressive captain Hadinavilla, the state trio registered a straight set 2-0 (21-17, 21-12) win to end their Sukma campaign with a bang.

Coach Daut Amba said Sabah went into Sukma with the aim of defending the gold won in the last Sukma, regardless of the category.

“Unlike in the last Sukma where three women’s gold were up for grabs, there are only two gold on offer this time around, which we won…it’s a clean sweep.

“It is made possible because our players showed high level of commitment…they gave 100 per cent focus in every match.

“Hadinavilla, in particular, led by example. She is the most senior player in the squad and she used his experience to guide her teammates while also scoring some very crucial points, including the Doubles event.

“We are very happy with the overall results,” he said when contacted.

On Tuesday, Sabah made short work of Sarawak 21-12, 21-13 to wrest the Women’s Doubles gold from their arch-rival.

Nazira and Hadinavilla started the Doubles final with Nadillatul as the reserve.