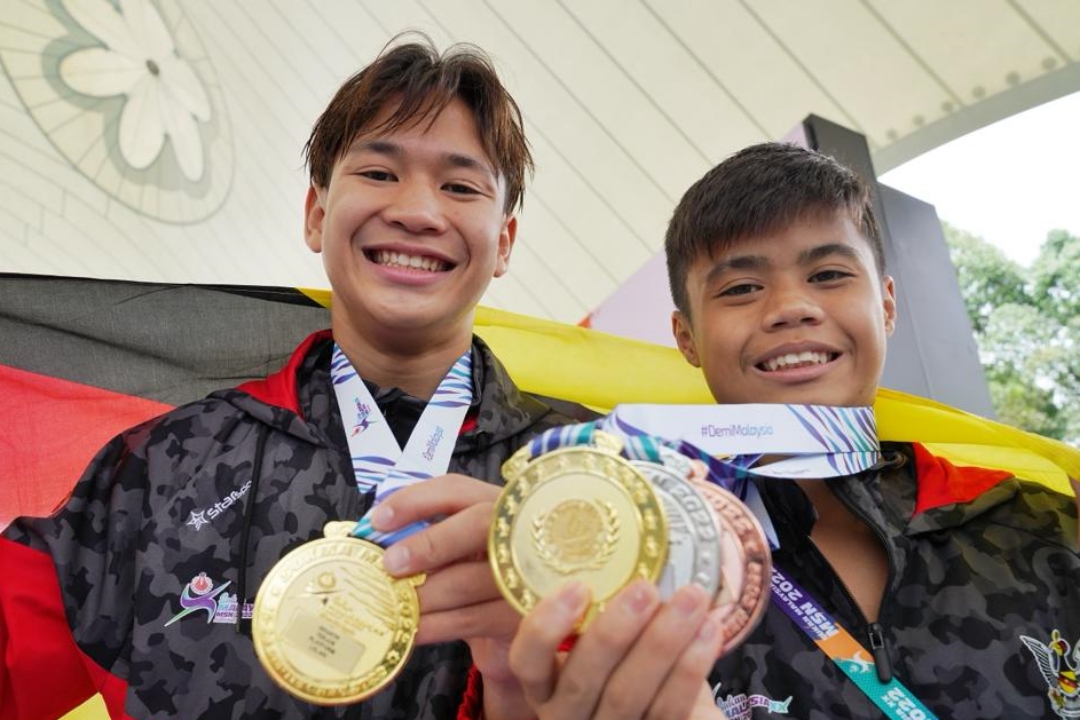 Bertrand (left) and Elvis showing off their medals.

The Birmingham Commonwealth Games silver medalist was in his element, collected 395.05 points to beat nine other divers to deliver a second gold for the Sarawak diving team.

Elvis Priestly Clement made it a 1-2 finish for Sarawak with 372.10 points while Muhd Anilrian was third with 321.90 points.

It was Elvis’ third medal after winning the gold in the men’s synchronised platform with Jared Aiden Harold, and in the men’s individual platform.

With today’s medals, Sarawak finished as the men’s overall diving champions with two gold, three silver and one bronze.

Sarawak’s chef de mission for aquatics and badminton Dato Sri Huang Tiong Sii was very delighted with the performance and achievement of its divers and congratulated the team for bringing glory to the state.

“I would like to congratulate Bertrand and Elvis for winning the gold and silver today and share the joy in the success of our divers.

“Thank you to the Sarawak government, the Ministry of Youth, Sports and Entrepreneur Development, the athletes, coaches, officials, sports associations and all those who have contributed to make it happen in this Sukma.