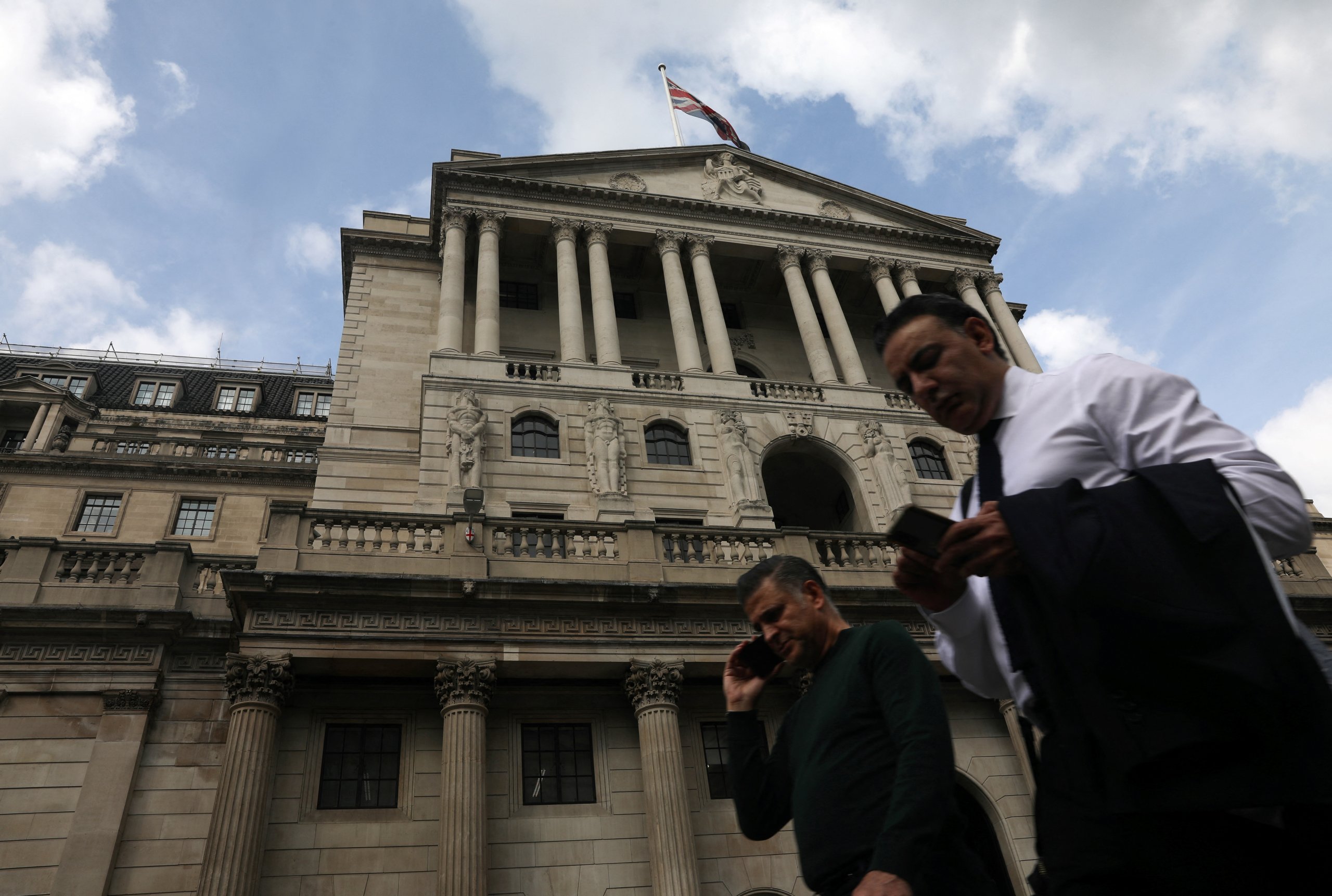 Pedestrians walk past the Bank of England in the City of London on Sept 22, 2022. The Bank of England hiked its interest rate sharply again to combat decades-high inflation but warned the UK economy was slipping into recession. — AFP photo

Finance minister Kwasi Kwarteng, fresh from being appointed by new Prime Minister Liz Truss, will deliver his mini-budget at 0830 GMT.

The news came after the Bank of England warned that Britain was slipping into recession, as rocketing fuel and food prices take their toll.

“Taxing our way to prosperity has never worked,” the Chancellor of the Exchequer said.

“To raise living standards for all, we need to be unapologetic about growing our economy.

“Cutting tax is crucial to this.”

He is similarly expected to reverse Johnson’s planned tax increase on company profits.

Kwarteng will also outline Friday the cost of a decision to cap energy bills.

He could axe a bankers’ bonus cap, which has been in place since 2014 and is a legacy of EU membership.

Truss took office on September 6, two days before the death of Queen Elizabeth II, after winning an election of Conservative party members on a tax-cutting platform.

While the tax reversals are not strictly cuts, the government could announce Friday reduced levies on home purchases.

Analysts from British bank Barclays estimate the cost of the government’s total package could hit £235 billion (RM1,206 billion), far more than its jobs protection scheme during the pandemic.

Britain on Wednesday announced a six-month plan to pay about half of energy bills for businesses.

Truss had already launched a two-year household energy price freeze. The caps will not kick in, however, until Britons face another large hike in gas and electricity bills at the start of October.

The average household will have their annual energy bill capped at £2,500 until 2024 but many are expected to spend above that to keep homes warm over the winter.

Wholesale electricity and gas prices for firms — as well as charities, hospitals and schools — will be capped at half the expected cost on the open market.

UK energy companies including BP and Shell will not benefit from the cap, as they enjoy soaring profits after the invasion of Ukraine by major oil and gas producer Russia.

But Truss ruled out such a move, arguing that additional taxes will hinder economic recovery and efforts by energy groups to transition into greener companies.

Growth is at the heart of the new government’s policy, with Kwarteng on Wednesday outlining plans to shake up the welfare system.

Some 120,000 people in part-time work could face a benefit cut should they fail to take new steps to look for more work, he is set to confirm.

Kwarteng has described the policy as a “win-win”, pitching it as a way to fill 1.2 million UK job vacancies.

With prices rocketing, wage values are eroding, triggering some of the biggest strike action Britain has seen in more than 30 years.

From the rail sector to postal services and even lawyers, tens of thousands of workers are carrying out industrial action aimed at securing bigger salaries.

In addition, soaring interest rates are hurting consumers and businesses.

The cost of government borrowing is also ballooning as a result.

The Bank of England on Thursday ramped up its key rate by another half-point to 2.25 per cent to tackle high inflation, and warned the UK would slide into recession in the current third quarter. — AFP