Thursday, October 6
You are at:Home»News»Nation»Guan Eng challenges MCA to prove allegations Najib being tortured in prison 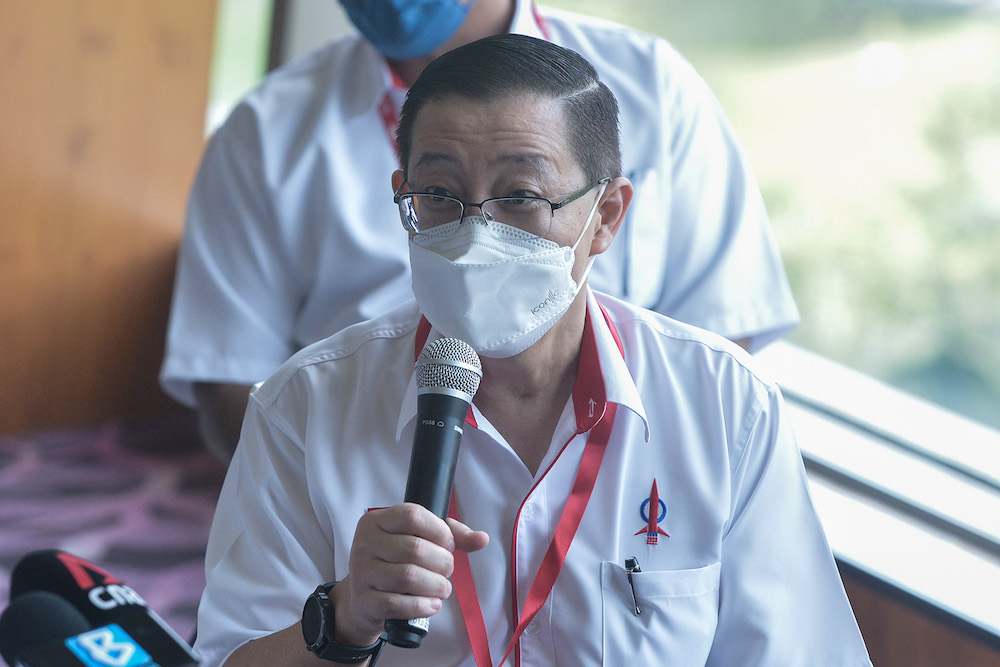 Lim said he and several other PH lawmakers, including Anwar, would be the first to defend Najib if the torture claims could be proven as they too had experienced life in prison in the past. — Malay Mail photo

The Bagan MP added that he and several other Pakatan Harapan (PH) lawmakers, including federal Opposition Leader Datuk Seri Anwar Ibrahim, would be the first to stand up for their political foe if the torture claims could be proven as they too had experienced life in prison in the past.

“If Najib is tortured in prison, PH leaders including ex-prisoners like Anwar and myself will be the first to defend him.

“But has MCA any evidence that Najib is being tortured? The issue is the special treatment given to Najib that was never accorded to Anwar or me when we were in Sungai Buloh and Kajang Prison respectively,” Lim said in a statement.

Lim was sentenced to 18 months jail in 1998 and spent a year in Kajang Prison before being released in August 1999 after being found guilty of breaching the Sedition Act and Printing Presses and Publication Act for publishing allegations that the then Melaka chief minister had raped an under-aged girl.

He claimed to have slept on a bare cement floor with only a thin blanket before a thin mattress was provided weeks later.

Anwar has been jailed twice in the course of his political career. The first time was in 1999 on double charges of corruption and sodomy following his sacking as deputy prime minister and finance minister. The second time was in 2015 for sodomy, of which he was grant a full royal pardon in May 2018 after PH won the general election that same year.

Lim noted news reports of Anwar’s reply to claims by Najib’s supporters that the Umno politician is entitled to medical treatment at the Cheras Rehabilitation Hospital (CRH) — where security is said to be less guarded than prison — since the PKR president received it during his imprisonment.

Anwar was reported saying he was sent to CRH only after spending 10 years in a solitary confinement cell at Sungai Buloh Prison and undergoing surgery to his shoulder.

In contrast, Lim pointed out that Najib had been sent to CRH within the first month of serving time at Kajang Prison.

“Anwar added if Najib wanted to be treated the same way, then Najib must serve 10 years first, then be brought to the HRC.

“This is the best answer to MCA leaders supporting the special treatment accorded to Najib, with an MCA deputy minister even asking why detractors want to see Najib be tortured and suffer in prison,” Lim said, referring to Senator Datuk Seri Ti Lian Ker, who is MCA vice-president.

The federal Opposition MP claimed that MCA “has always been enablers of both Najib and corruption” and had been among the recipients of money funnelled from sovereign investment firm 1MDB.

“Will MCA fight for all prisoners to be accorded the same privileges?” Lim asked.

Najib was convicted of stealing RM42 million from former 1MDB subsidiary SRC International Sdn Bhd and sent to prison on August 23 to serve a 12-year jail sentence. He was also fined RM210 million and will have to serve another five years if he does not pay the amount.

He is currently seeking a review of the Federal Court’s decision to uphold his conviction and sentence as well as a pardon at the same time. — Malay Mail