Saturday, October 1
You are at:Home»News»Nation»Hospital gives Najib clean bill of health, clears him for return to Kajang Prison 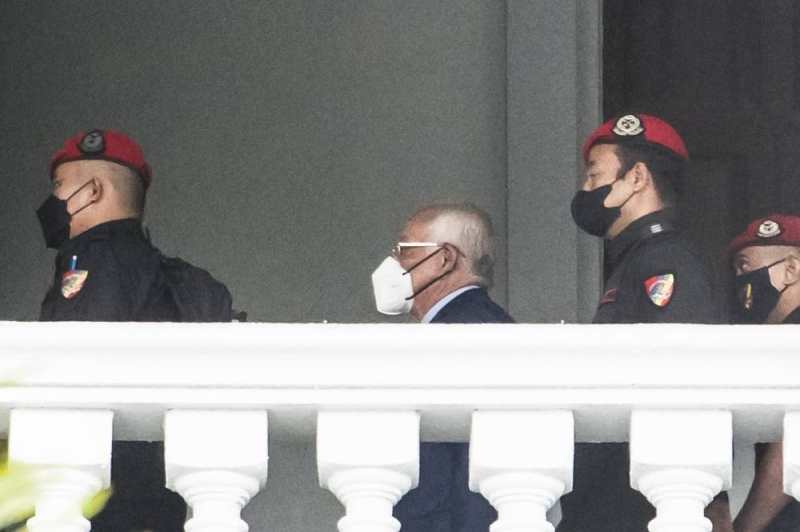 In a statement today, the Cheras Rehabilitation Hospital said Datuk Seri Najib Razak was also given advice and instructions by a HRC physiotherapist for him to self-administer exercises for his condition, in order to maintain his health and wellbeing. — Malay Mail photo

KUALA LUMPUR (Sept 23): The Cheras Rehabilitation Hospital (HRC) said its experts found former prime minister to be in good health and able to return to Kajang Prison, after a series of tests and examinations.

In a statement today, it said Najib was also given advice and instructions by a HRC physiotherapist for him to self-administer exercises for his condition, in order to maintain his health and wellbeing.

The hospital said it also held a conference with Najib and his immediate family members, in which they were informed of his current health condition as well as his health monitoring plan.

“Please be informed that he (Najib) has undergone several health assessments and rehabilitation treatments during his admission in HRC. The results of the latest assessment found that his health is in good condition.

“Medical consultants from Hospital Kuala Lumpur (HKL) and HRC have granted medical clearance and allowed him to be sent back to Kajang Prison,” the hospital said.

Previously, Najib — who is serving a 12-year prison sentence after failing in his final appeal against the High Court’s guilty conviction in his SRC International corruption case on August 23 — was first reported to have been admitted to HKL on September 4.

The next day, his daughter Nooryana Najwa revealed that Najib was hospitalised for stomach ulcers — a problem he has reportedly suffered from for years.

However, Health director-general Tan Sri Dr Noor Hisham Abdullah said Najib was in good health when he was discharged from the hospital.

He said Najib was admitted to HKL on September 9 for an elective check-up to ensure he was in optimal health, and not for an emergency.

On Sept 21, the Prisons Department in a statement said that Najib was sent to HKL for a medical check-up after he complained about feeling unwell, before then being transferred to the HRC on September 19.

The repeated hospital visits since him imprisonment last month have also forced the government to deny that Najib was getting preferential treatment. — Malay Mail