Wednesday, October 5
You are at:Home»News»Crime»Man nabbed in Miri for trafficking syabu worth RM9,800 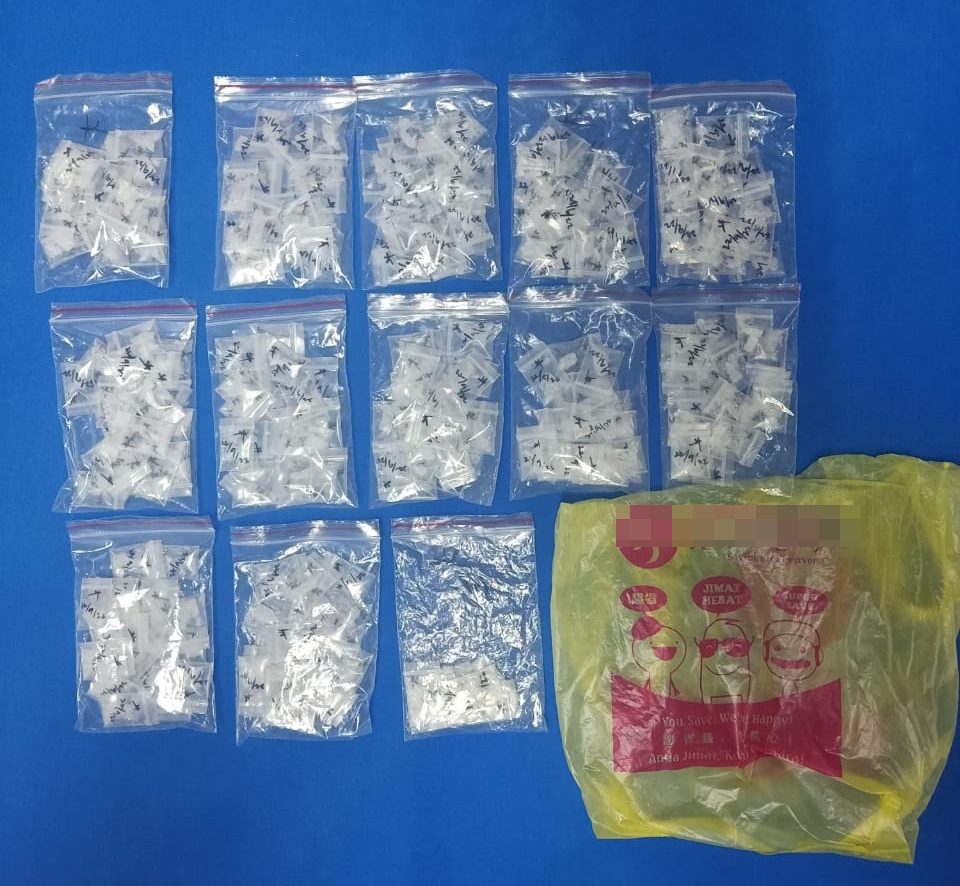 Police photo shows the drugs seized from the suspect.

Miri police chief ACP Alexson Naga Chabu said in a statement today that the suspect was nabbed around 2.30pm at a parking area of Pelita Commercial Centre.

“As the narcotics team was about to check on the suspect, one of the personnel saw him throwing a plastic package through the front passenger window.

“The personnel member then picked up the package and upon checking it was found to contain drugs suspected to be methamphetamine (syabu), which is estimated to be worth RM9,800,” Alexson said.

He said the suspect was subsequently arrested and the vehicle impounded.

He added the suspect is being investigated for drug trafficking under Section 39B of the Dangerous Drugs Act 1952.

The Section provides for the death sentence or life imprisonment with no fewer than 15 strokes of the rotan upon conviction.

The suspect, who was produced in court today, has been remanded for seven days until Sept 30 to facilitate the investigation.