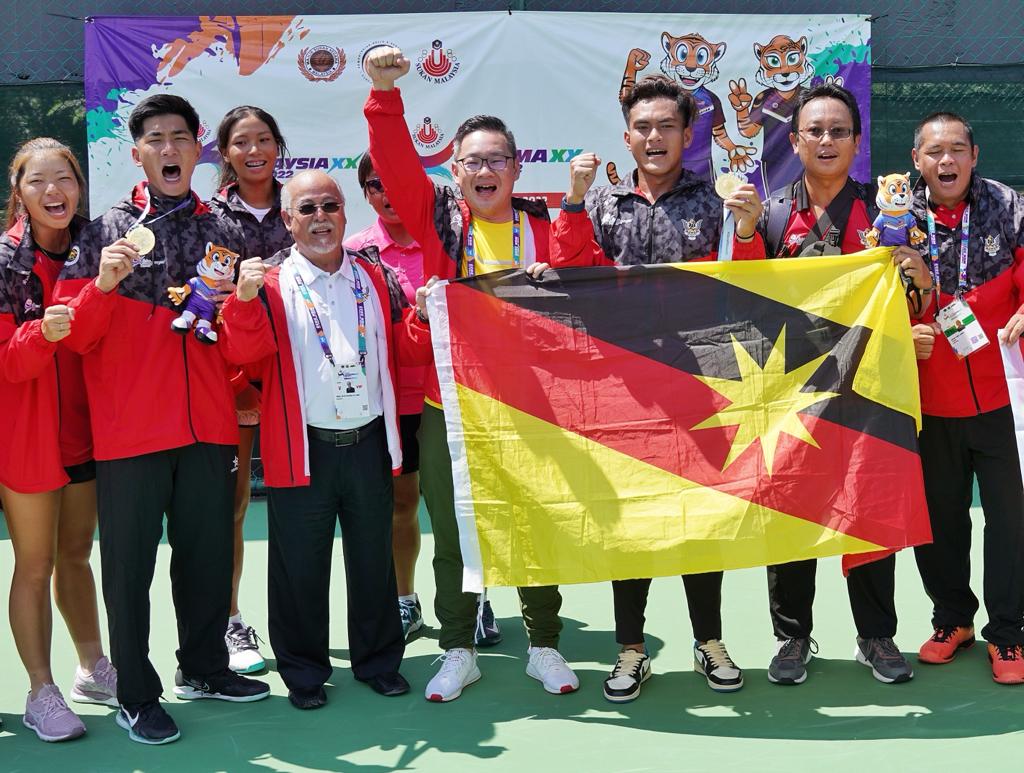 Aiman will be looking to win another gold when he partners Soo Hui Yii in the mixed doubles later today as underdogs against Leong siblings Mitsuki and Shahomi from Perak.

“This is the ultimate satisfaction for the preparations, the hard work put in by the players and coaches, and the great support from the team manager, officials, and the Ministry of Youth, Sports and Entrepreneur Development through the Sarawak’s Sports Corporation and the Sarawak State Sports Council,” a delighted assistant chef de mission (ACDM) for tennis Dato Patrick Liew Chin Joon told reporters.

“Our players were very motivated despite the preparation was not 100 per cent due to the Covid-19 pandemic. But when the Standard Operating Procedures were loosened, we really pushed them very hard in their training, physical and mental preparations.”

“I am also glad that we have never failed to win a gold medal in Sukma and in this Sukma we did just that,” added the Sarawak Lawn Tennis Association president.

Liew said the players will get a week’s break before they resume their training.

“We have some players in the backup squad whom we will groom and prepare them for the challenge in Sukma Johor in 2024 and beyond,” he said.