Wednesday, October 5
You are at:Home»News»Sarawak»MMEA calls off SAR for missing jet ski rider 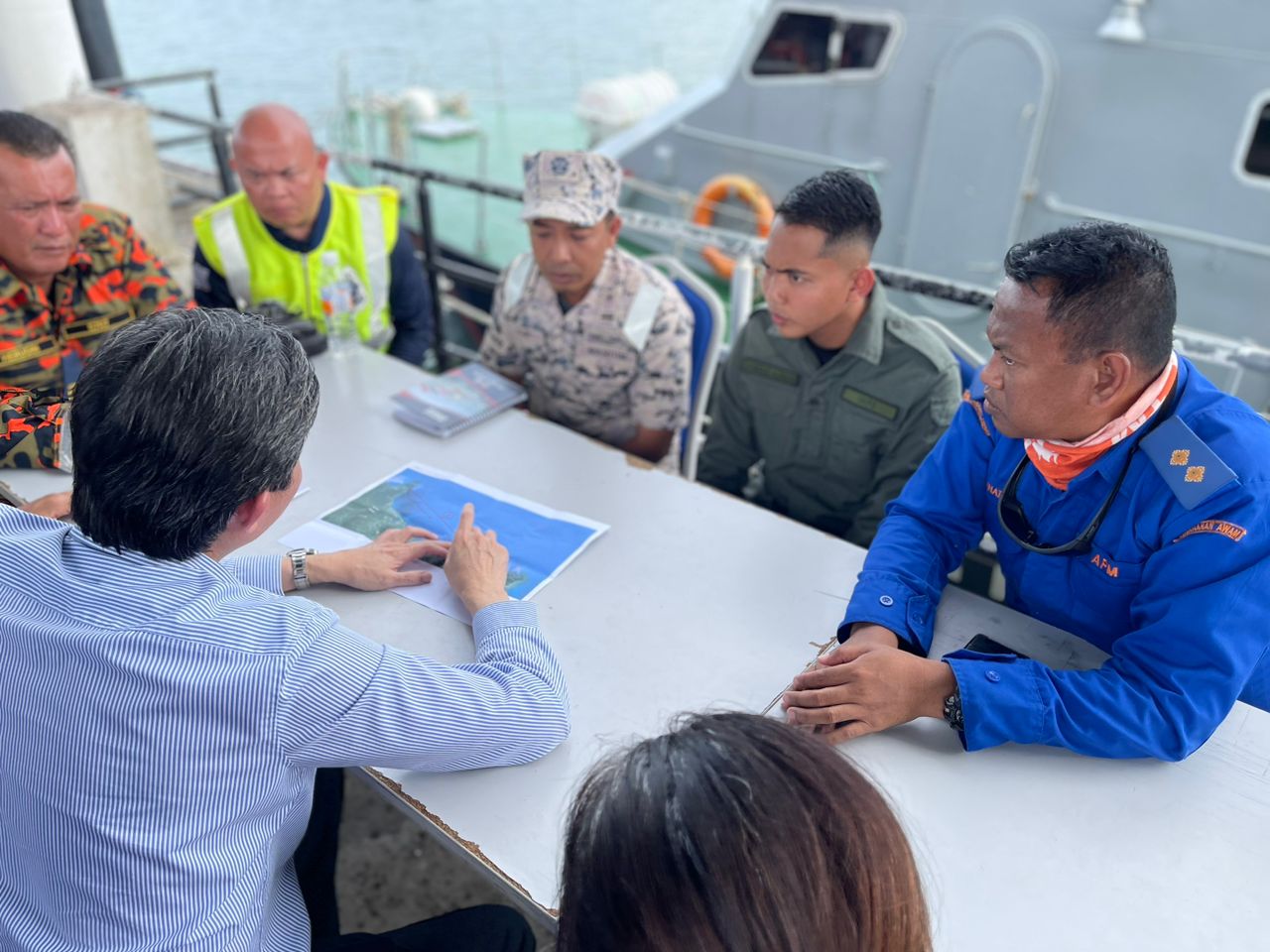 SAR agencies and Lee’s family members in a discussion at the Fisheries Department jetty yesterday.

KUCHING (Sept 23): The Search and Rescue Operation for the missing jet ski rider, Lee Chong Loong, 46, has been called-off 4pm yesterday after no new clues were found.

The unanimous decision was made after a discussion was held between Lee’s family and the agencies involved.

Since day one of the search on Sept 17, the operation has covered more than 800 square nautical miles covering the seas from Tanjung Sipang in Santubong up to Pulau Talang Talang in Lundu.

The search and rescue operation will be reactivated once it has found new clues on the missing victim.

Lee was reported missing after he had gone out to sea to test run his new jet ski on Sept 16.

Together with a friend, Lee left the Pak Amit jetty in Santubong towards the Satang Island for a test run and continued three nautical miles towards Teluk Melano and Pulau Talang Talang Besar.

As they were leaving Pulau Talang Talang Besar, the victim’s friend only then realised that the victim was not riding his jetski behind him.

Efforts to locate the victim failed which saw a police report being lodged at the Lundu police station around 7pm.

The victim was last seen to be wearing black wetsuit and a life jacket and his family members had recently posted on social media a reward of RM30,000 to anyone who found the victim or RM150,000 if they found him alive.