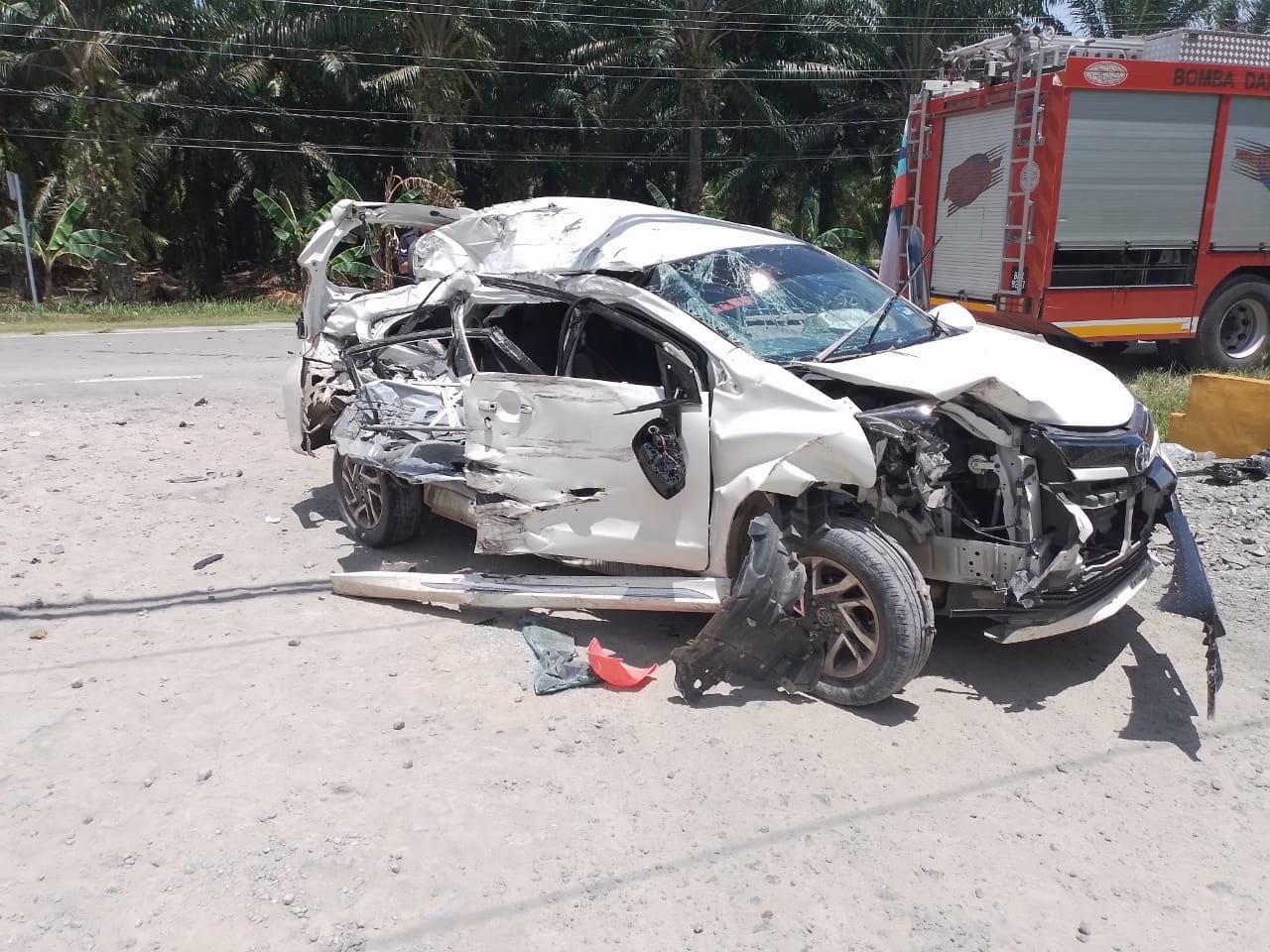 The badly damaged Toyota Avanza after colliding with the 12-tonne lorry along Jalan Kasagaan, Pitas.

KOTA MARUDU (Sept 23): A mother and daughter sustained serious injuries when the Toyota Avanza car they were traveling in collided with a 12-tonne lorry along Jalan Kasagaan Pitas, near here on Friday.

He said a distress call was made to the station at 11.13am and three teams were deployed to the location, located about 39 kilometers from the Kota Marudu fire station.

The mother and daughter were trapped at their seats and it took several minutes for fire and rescue personnel to free them.

They were given early treatment at the scene by EMRS personnel before being sent to hospital in ambulances for further treatment.

The driver of the 12-tonne lorry escaped unhurt, said Rony, adding that the operation ended at 1.12pm without any untoward incident.

In Tawau, a 21-year-old man was injured in a self accident near the Al-Kausar Mosque along Jalan Persisiran Pantai Tawau about 10.30am on Friday.

Sabah Fire and Rescue Department assistant director of operations Misran Bisara said Yuslam Cassidy had lost control of his vehicle and skidded off the road before overturning.

“The victim sustained minor injuries and was later taken to the hospital for treatment,” he said.