Monday, January 30
You are at:Home»News»Sarawak»Nancy: Motac’s Muslim-friendly products to improve economy, not Islamise
For the freshest news, join The Borneo Post's Telegram Channel and The Borneo Post on Newswav. 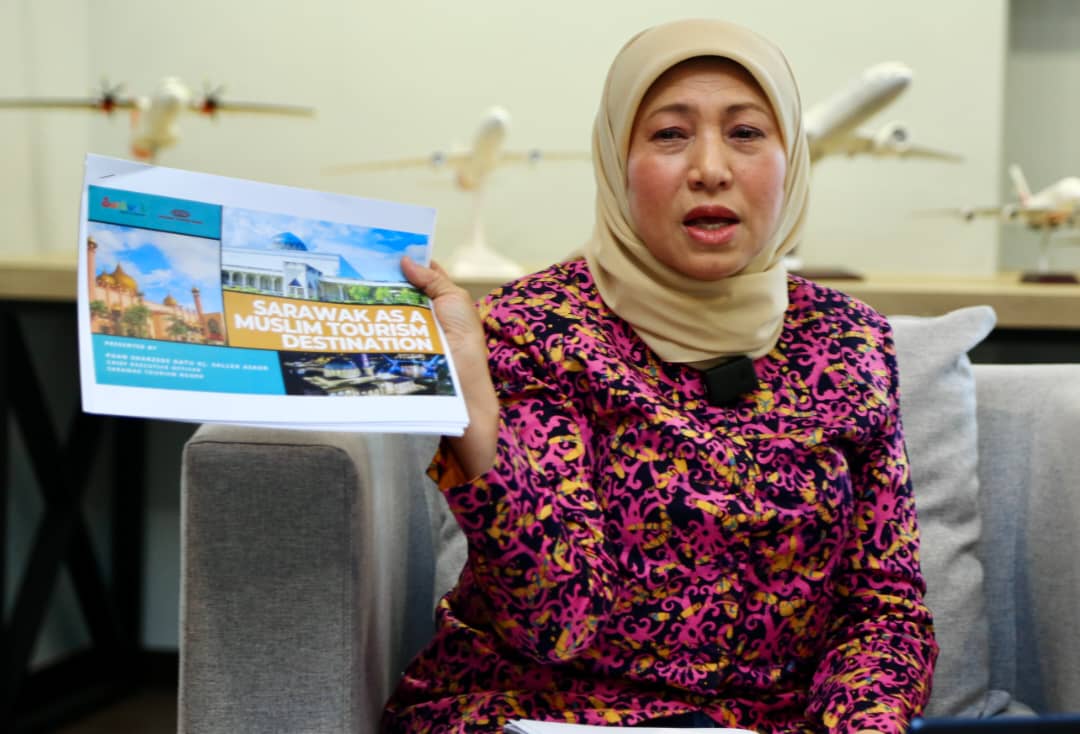 Nancy showing a document about Muslim-friendly tourism destinations in Sarawak.

Responding to brickbat over news reports that the ministry was considering longhouses in Sarawak for the programme, Nancy said it was up to those who wish to participate in it to apply to her ministry’s Islamic Tourism Centre (ITC).

“It is up to those interested to apply for the recognition (as a Muslim-friendly tourism product). When the ITC started the Muslim-friendly programme or launched the brand, there was no intention at all to Islamise any place or anyone but only to improve the national economy and also that of the programme participants,” she asserted.

She told reporters here that hotels and spas too had to apply to ITC if they wanted the Muslim-friendly product reognition, adding that no longhouse had so far applied to join the programme.

The Batang Sadong Member of Parliament said the heading was twisted and spun by irresponsible quarters.

“They just read the headline of the news report but not the content. But don’t use me as a scapegoat. I just don’t know how I suddenly became a racist. It is very unfair, seditious and unhealthy in Sarawak. I can lodge a police report and take legal action but I will not do that,” she said, adding that it was wrong to instigate people into hating others.

Nancy conceded that she was perplexed by how the words could suddenly become a negative connotation, particularly in social media.

She stressed that the public should not confuse themselves or jump to conclusions when they take a headline out of context without reading the content of a news report.

At the opening of the Islamic Tourism Entrepreneurship and Leadership Seminar (ITELS) here last week, Nancy had announced that her ministry would promote Santubong as a Muslim-friendly tourism destination.

She said based on research, Sarawak was the second oldest Malay state in the world with the mausoleum of Sarawak’s first and only sultan, Sultan Tengah, also located in Santubong.

Asked at a press conference later if longhouses could become a Muslim-friendly tourism product too, Nancy said the ministry was looking into the possibility but they have not identified any of such longhouses.

She pointed out that there are many tourists who wish to see the culture, history and diversity in longhouses.

However, Nancy acknowledge that it was not an easy process and that getting approvals for a Muslim-friendly longhouse product could take longer.

“We have to work with the Tuai Rumah and the residents or villagers. If they are fine with it, we will proceed. Bear in mind that this is a sensitive process, because some residents might agree to the proposal and some might not,” she said.

She emphasised that it was up to the longhouse residents to determine for themselves if the programme would benefit them and if they should participate.