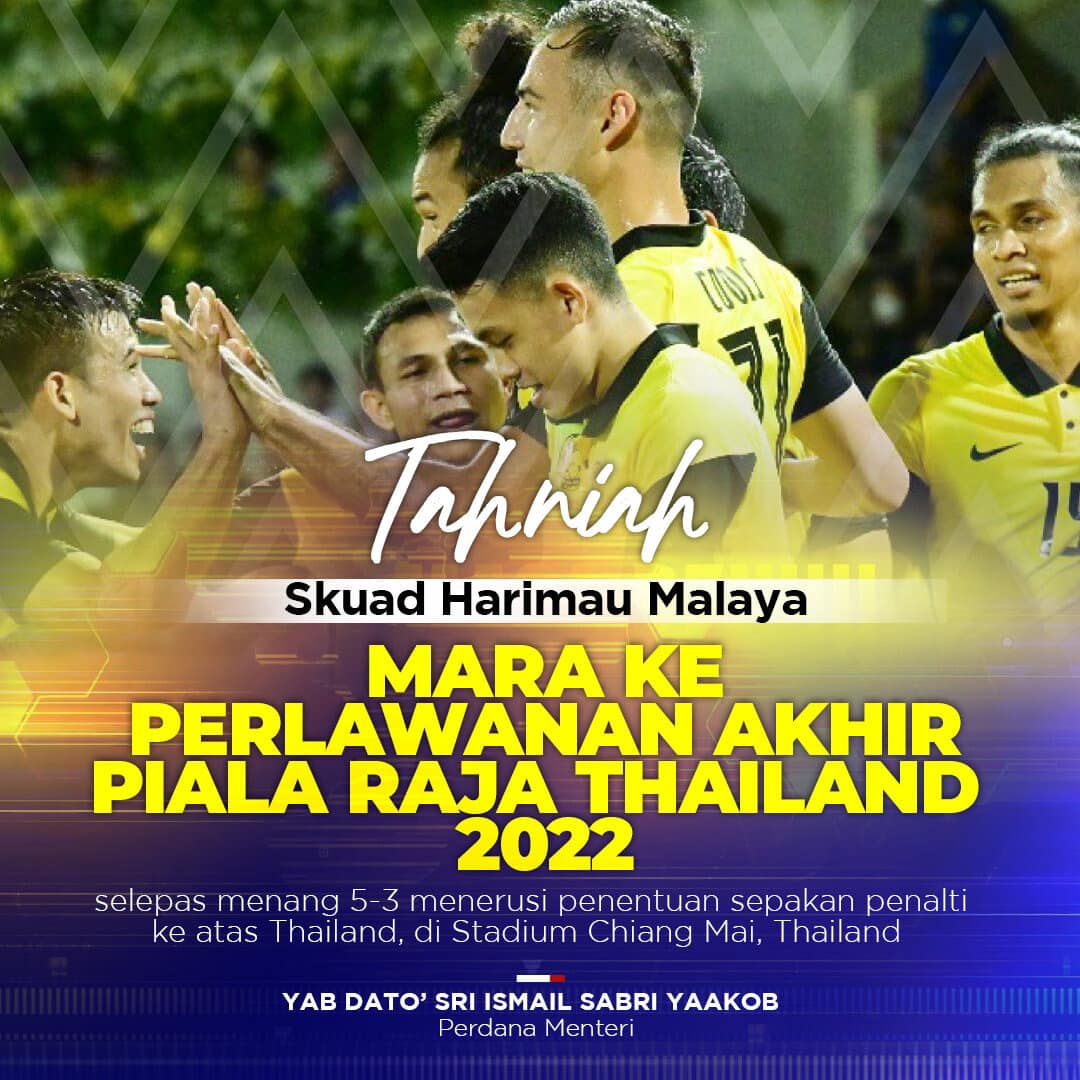 He hoped that the national football team, coached by South Korean Kim Pan Gon, will show the same kind of spirited performance when they take on Tajikistan in the title showdown on Sunday (Sept 25).

“Ayuh Keluarga Malaysia (Come on Malaysian Family), let’s continue to support the Harimau Malaya in their quest to lift the King’s Cup!” he said in a post on Facebook.

In yesterday’s match, which was played at the 700th Anniversary of Chiang Mai Stadium in Thailand, Malaysia took the lead through La’Vere Corbin Ong in the 32nd minute but Thailand equalised through Pansa Hemviboon deep into second-half injury time to force the game to be decided in a penalty shootout.

Meanwhile, Tajikistan beat Trinidad & Tobago 2-1 in the other match.