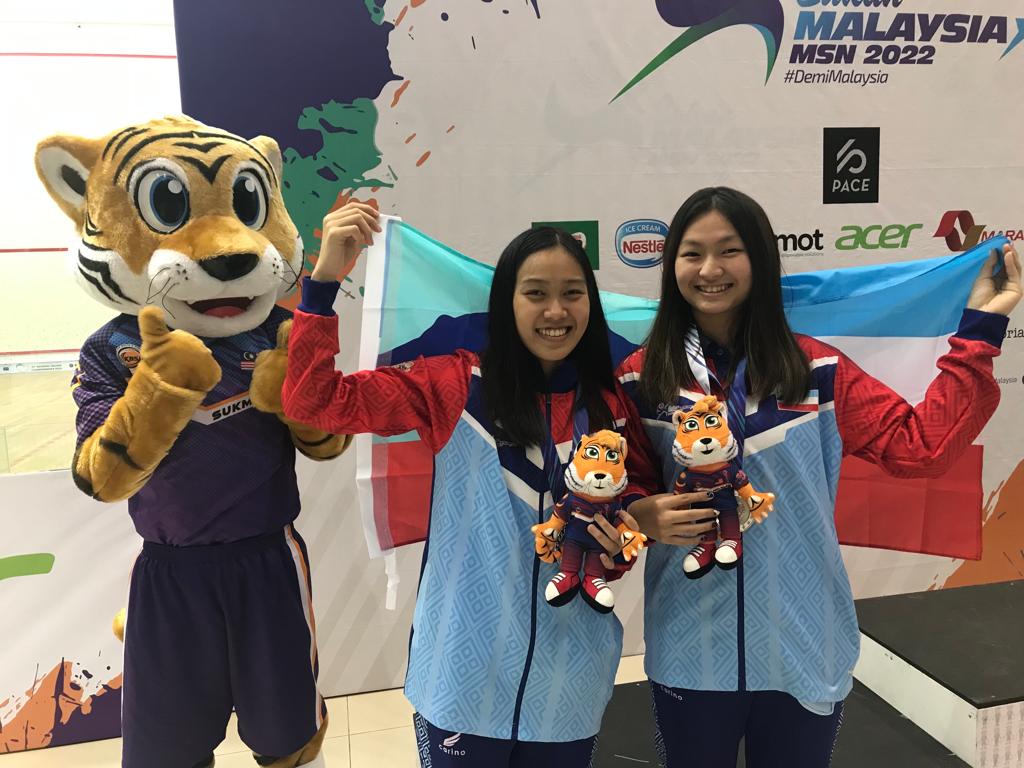 Lai Wen Li and Yee Xin Ying achieved the feat in the Women’s doubles when they went down fighting to the Azman sisters – Aifa and Aira – of Kedah in the final.

The Sabah pair tried their best against the favourites and led 9-6 at one time before engaging in long rallies when the score was 10-all in the opening set.

However, the Kedah pair went on to take the first set 11-10 before cementing victory with an 11-6 win in the second set.

“We tried our best but made some mistakes at crucial moments … was just part of the game,” said Wen Li.

“Happy for first ever silver.”

This was Wen Li’s second medal in the 20th edition of the games after having won a bronze in the Women’s singles on Tuesday.

With one silver and a bronze, this was Sabah squash’s best performance in the country’s premier multi-sport event.

Kelantan won the other gold on offer in squash to finish fourth overall, while Sabah was in fifth spot with their medal haul.