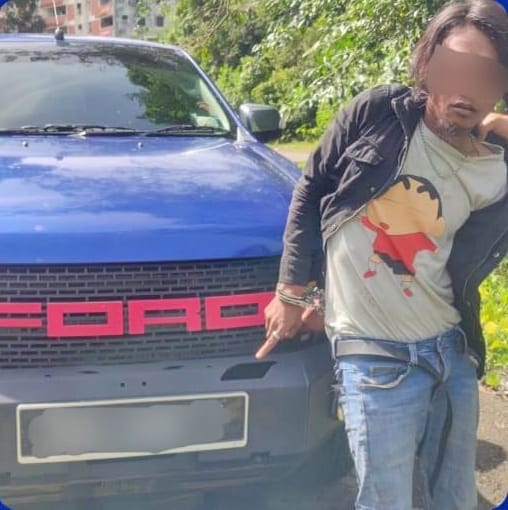 One of the suspects arrested by police.

PAPAR (Sept 23): Police arrested three men who were involved in several housebreaking and vehicle theft cases in the district recently.

Papar police chief Deputy Superintendent Kamaruddin Ambo Sakka said continuous investigation and cooperation with their counterparts from the Kota Kinabalu police contingent led to the arrest of the three suspects in the state capital.

The suspects, in their 20s and 30s, were believed involved in several housebreaking and vehicle theft cases in Papar.

During the arrests, police also uncovered several items used by the suspects when they committed their crimes, including a blue four-wheel-drive vehicle and three handphones.

The suspects have been remanded and will be investigated under Section 457 and Section 379A of the Penal Code, said Kamaruddin.