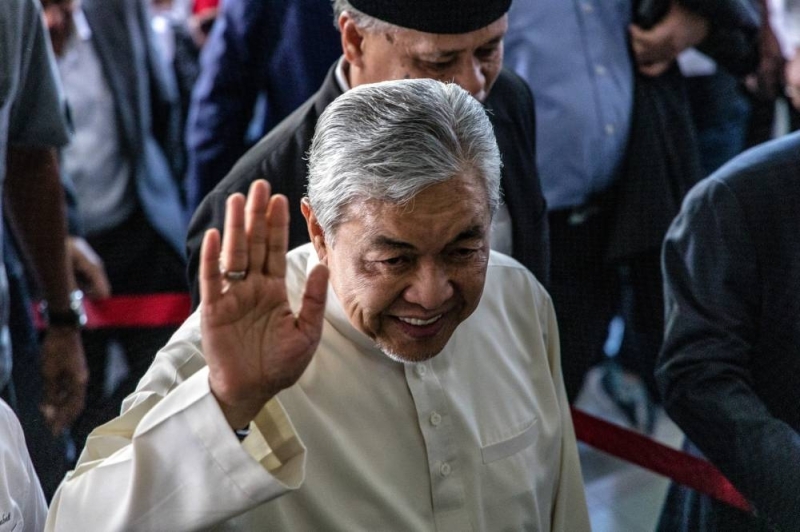 However, the Umno president is still on trial for another corruption case where he is accused of 47 criminal breach of trust, corruption and money laundering charges involving tens of millions of ringgit belonging to Yayasan Akalbudi, the charity organisation he founded.

Mohd Yazid also said the prosecution has failed to prove the main ingredients of the charges framed under Section 165 of the Penal Code and Section 16(a)(B) of the MACC Act leveled against Ahmad Zahid.

“In view of the failure by the prosecution to prove the foremost important element in all the charges leveled against the accused, i.e the receipt of the corrupt monies, upon exercise of the maximum evaluation of the evidence in totality I find the prosecution has failed to make out a prima facie case on all charges,” Mohd Yazid said.

The judge also said he took account of the prosecution’s failure to call other important witnesses to ascertain the source of the funds allegedly paid to Ahmad Zahid, noting there was existing ‘unanswered doubt’ as to whether the money even existed and who delivered the monies.

Based on the oral testimonies of key prosecution witnesses, Mohd Yazid said one individual who goes by the name ‘Nicole Tan’ was not called to testify to provide clarifications on the missing link by explaining the nature of the arrangement between UKSB and the Hong Kong subcontractors of which the monies allegedly paid to Ahmad Zahid was derived from.

“The witness from Hong Kong including Nicole would be able to provide an explanation on the actual source of funds especially given that all three key prosecution witnesses confirmed the source of the monies paid to the accused did not originate from UKSB,” he said.

Mohd Yazid also said the prosecution did not produce any sample envelope used for the alleged cash payments, remarking that he found it hard to imagine what kind of envelope could fit the bill stacks amounting to hundreds of thousands at the material time.

Thus, the judge said he was unable to consciously make a finding that the monies were received by Ahmad Zahid as suggested by the prosecution based on transactions recorded in a ledger — which had listed cash payments to various ministers, politicians and civil servants — owned by UKSB.

Furthermore, Mohd Yazid said neither close-circuit television footage nor toll receipts on delivery visits to Ahmad Zahid’s house or the deputy prime minister’s official residence — where the offences allegedly took place — were produced in court to support the prosecution’s case.

As for the key prosecution witnesses being unreliable, Mohd Yazid said Tan had not mentioned he paid a sum of RM3 million to Ahmad Zahid in his witness statement and admitted to saying it was an afterthought under cross-examination.

“This admission of an afterthought by the key prosecution witness is more than sufficient for me to find that he was with zero credibility,” he said.

Ahmad Zahid faced 33 charges of receiving bribes amounting to S$13.56 million (RM42 million) from UKSB as inducement for himself in his capacity as a civil servant and the then home minister to extend the contract of the company as the operator of the One Stop Centres in China and the VLN system as well as to maintain the agreement to supply VLN integrated system paraphernalia to the same company by the Home Ministry.

He was also charged with another seven counts as home minister who obtained S$1.15 million, RM3 million, CHF15,000 and US$15,000 in cash from the same company for himself in connection with his official work.

Ahmad Zahid, who was in the dock dressed in a white baju Melayu top and black trousers, appeared calm as the judge read out his two-hour long decision.

The public gallery immediately erupted with cries of Alhamdullilah (Arabic for praise be to God) when the judge made the no prima facie ruling.