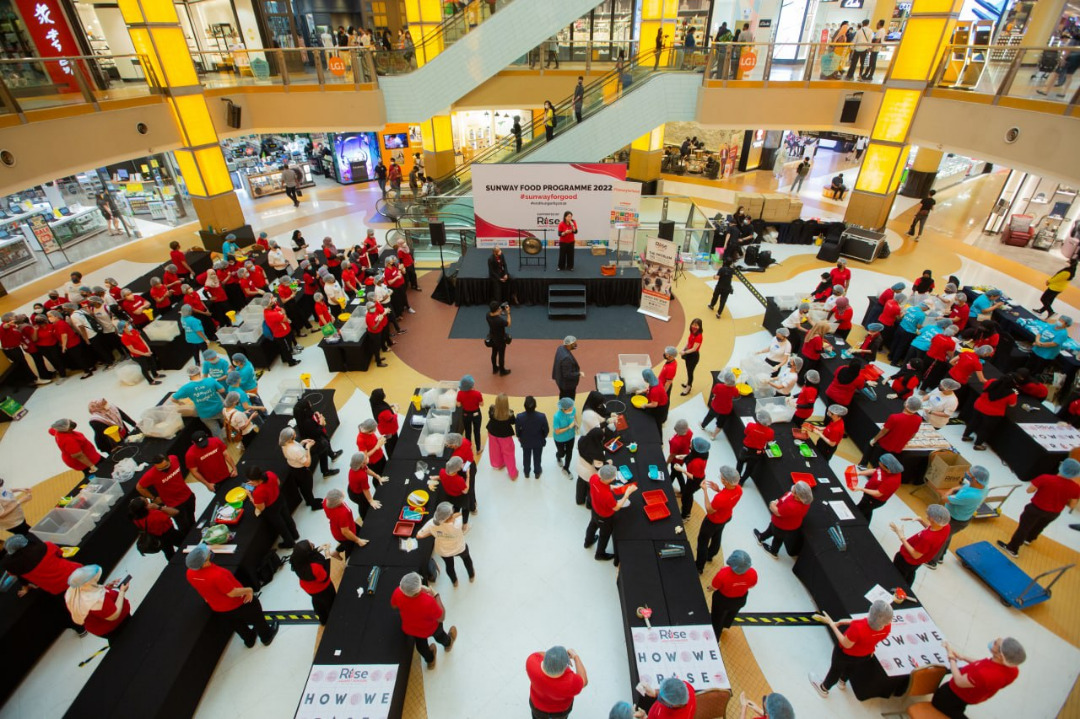 KUALA LUMPUR: Food security is becoming an increasing concern day by day due to rising cost of living, drop in crops yield as well as disruption of global supply food chain. Globally, conglomerates are doing their part to ramp up efforts in ensuring a sustainable future.

Since 2014, about 1 million meals packed had been distributed through Sunway Meal Pack-a-thon and close to 190,000 kilogrammes of food has been packed through Sunway Food Bank benefitting thousands of households in Malaysia.

Sunway Group Founder and Chairman Tan Sri Dato Seri Dr Jeffrey Cheah said: “The issue of food security is one that we at Sunway take seriously, and we are committed to supporting our communities in need. We firmly believe that no corporation can live apart from the communities it serves. In the lead up to Sunway’s 50th Anniversary in 2024, we have committed to packing two million meals for the underserved and undernourished communities nationwide.”

According to a study by UNICEF, Malaysia is facing simultaneous crises of over- and under-nutrition; even before the pandemic, 22 per cent of children are stunted, 15 per cent is underweight and 23 per cent is overweight.

The conglomerate had also expanded their effort to address food security through organic and urban farming – Sunway Organic Farm in Sunway City Ipoh and Sunway XFarms.

The initiative was launched on the 20 acres of undeveloped land in Sunway City Ipoh was repurposed two years ago for food and agriculture, which has led to the establishment of Sunway Organic Farm that is located adjacent to The Banjaran Hotsprings Retreat.

With the commitment to leave no one behind, Sunway has also entered a long-term partnership with Malaysian Aids Foundation (MAF) to address the socio-economic barriers to HIV treatment, prevention and care services in Sarawak and the neighbouring state of Sabah

Under the MAF-Sunway Hope Borneo Project, Sunway will support up to RM1 million a year, for five years, to cover the operating costs of three programmes in the Borneo states.