Tuesday, February 7
You are at:Home»World»All countries should take in more Rohingya refugees, says Ismail Sabri
For the freshest news, join The Borneo Post's Telegram Channel and The Borneo Post on Newswav. 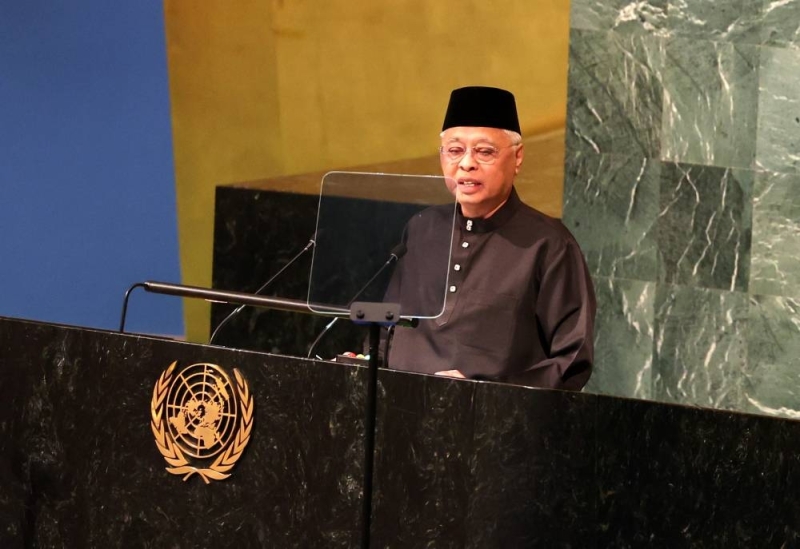 Ismail Sabri delivers his speech in Bahasa Malaysia at the general debate of the 77th session of the United Nations General Assembly at the UN headquarters in New York on Sept 23, 2022. ― Bernama photo

NEW YORK (Sept 24): It is the responsibility of all countries to take in more Rohingya refugees to be resettled in their respective countries following the crisis in Myanmar, Prime Minister Datuk Seri Ismail Sabri Yaakob.

He said although Malaysia is not a signatory to the 1951 Convention on the Status of Refugees and the 1967 Protocol, the country, on humanitarian grounds, has accepted nearly 200,000 Rohingya refugees.

“The political crisis in Myanmar has also worsened the situation of millions of Myanmar refugees, including the Rohingya refugees,” he said when delivering Malaysia’s National Statement at the 77th Session of the United Nations General Assembly (UNGA) here yesterday.

He said Malaysia strongly emphasises the importance of the world addressing the root cause of the Rohingya crisis and be believed that the issue will not be resolved as long as the crisis in the country continues.

What’s more saddening, he said is when the Security Council does not take any serious action in dealing with this situation and was even seen as having washed its hands and handing the matter over to Asean.

“Therefore, this consensus needs to be given a new lease of life and refined based on a clearer framework, timeframe and end goal. Indeed, what’s more important is that the aspirations of the people of Myanmar must be fulfilled,” he said.

Prior to this, Foreign Minister Datuk Seri Saifuddin Abdullah said Asean needs to address the 5PCs whether it’s working and still relevant, and any decision must be made before the Asean Summit in November.

On the situation in the Occupied Palestinian Territories (OPT), Ismail Sabri said Malaysia is disappointed with the brutal occupation by Israel that has been going on for a long time, which had caused the Palestinian people to continue to live under the shackles of Israel’s discriminatory policies.

“Illegal settlements are becoming more widespread. This is against international law, including Security Council Resolution 2334. The most basic rights of the Palestinian people continue to be denied,” he said.

Therefore, Ismail Sabri said Malaysia is of the view that the major powers need to be honest in resolving the issue of cruelty faced by the Palestinian people.

“That firm stand should be taken by the UN, to ensure that the crisis that has been going on in Palestine for a long time can be resolved quickly.

“What is happening today is that most countries are so quick to act in the case of Ukraine. Malaysia wants the same action to be taken to resolve the issue of Palestine. Israel needs to stop being an Apartheid entity!” he said.

Before delivering the National Statement, Prime Minister had a bilateral meeting with Palestine President Abbas, during which both leaders also witness the signing of four memoranda of understanding between the two countries, namely on the establishment of a Joint Committee Meeting, as well as on the cooperation in the field of health, tourism and Islamic affairs. ―Bernama