Wednesday, October 5
You are at:Home»Columns»Just another point of view»Goodbye Elizabeth — Monarch, mother and queen of one-third of the world 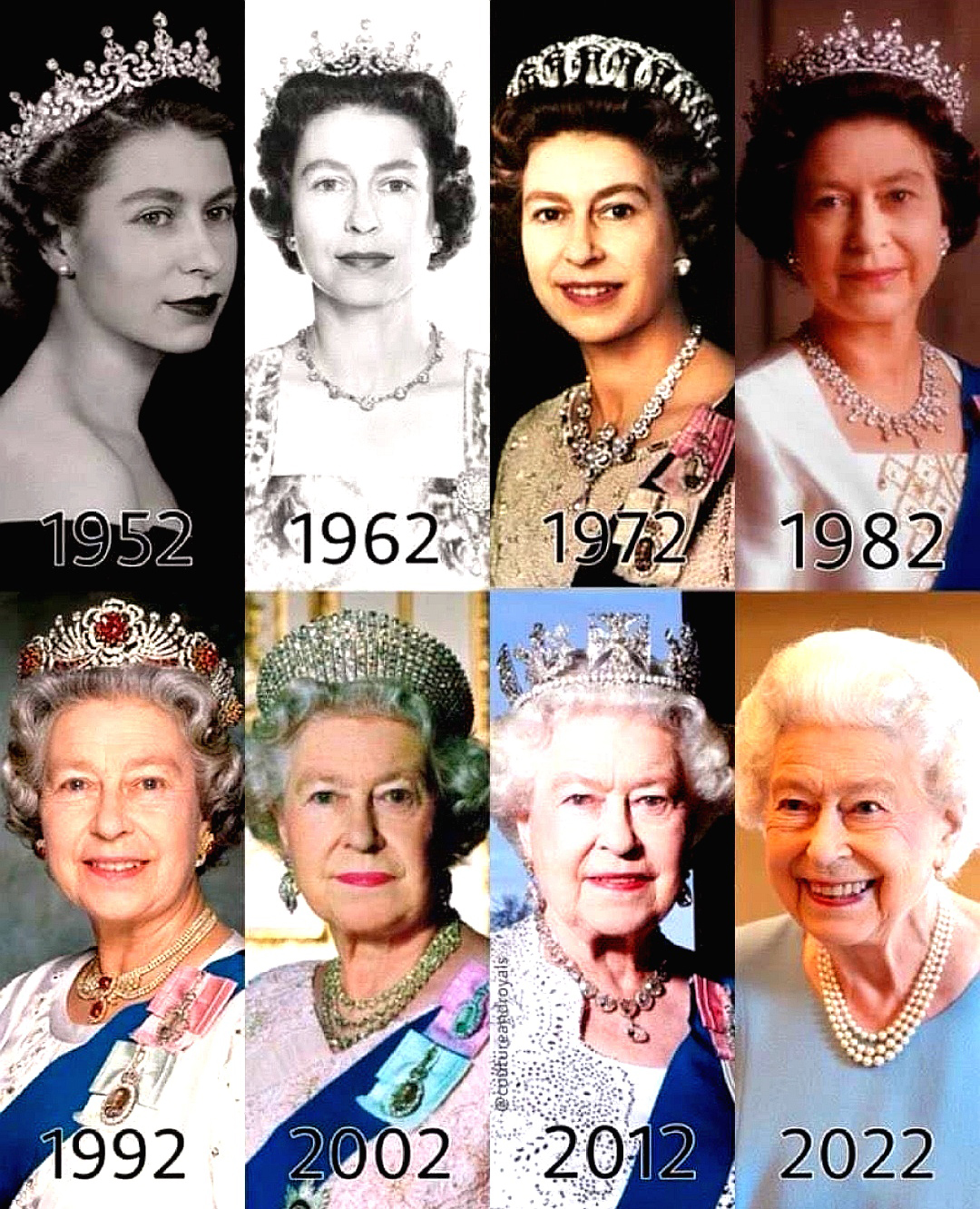 Queen Elizabeth II at different stages of her reign from 1952 to 2022.

WHEN Queen Elizabeth II died on Sept 8, 2022, at age 96, she had completed 70 years as the Monarch of Great Britain and the Commonwealth, which at its peak was home to 2.5 billion people, almost one-third of the world’s population, who had lived in 56 countries.

Britain had declared a 10-day mourning period ending with the State Funeral on Sept 19 at Westminster Abbey; with the Royal Family’s additional seven-day mourning after the funeral, thus ending this Monday – Sept 26.

During her long rule, the Queen had become the best-travelled monarch in history, visiting 117 different countries and covered a staggering one million miles in the process. 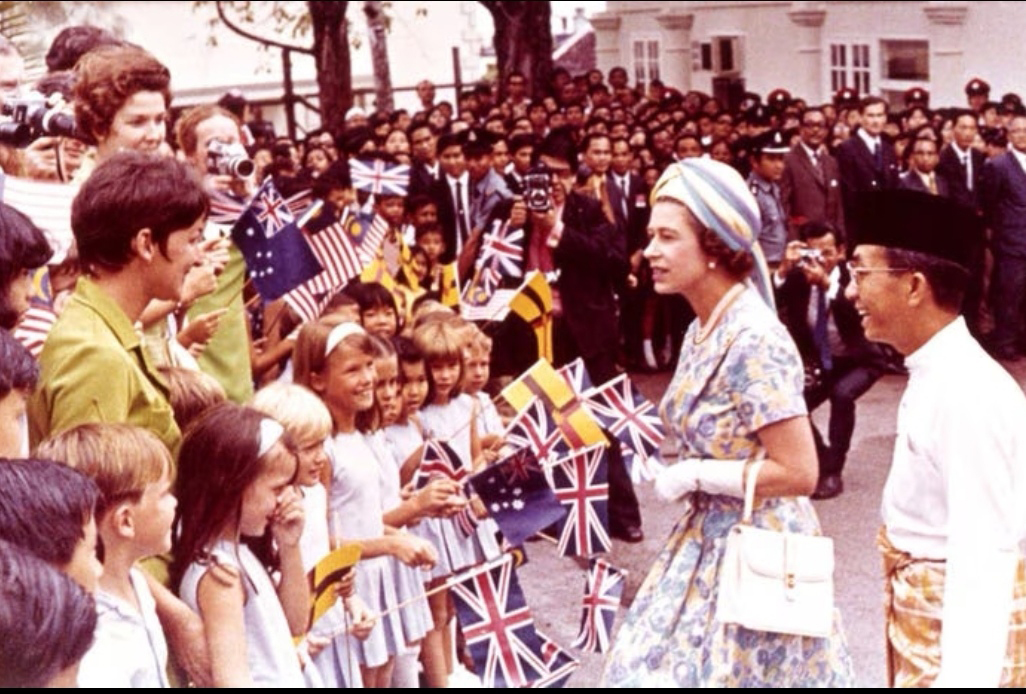 The Queen was then accompanied by her husband Prince Philip and the Princess Royal Princess Anne. 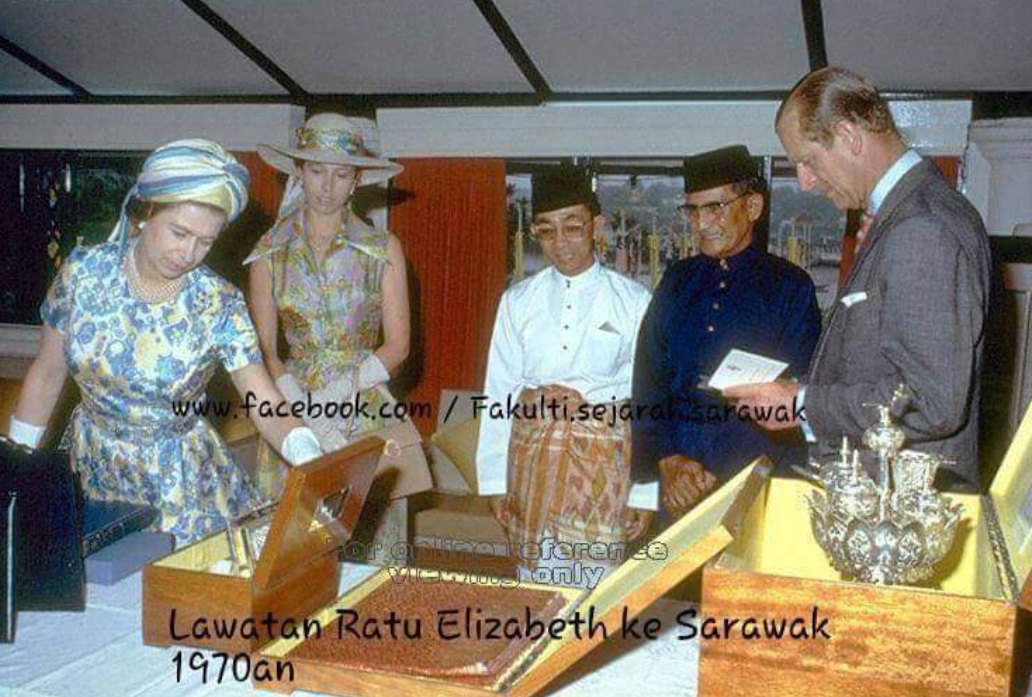 During her lifetime, Queen Elizabeth II had visited Malaysia a total of three times: in 1972, 1989 and 1998, which had appropriately spanned the years that the former British colony (and still a member of the Commonwealth) had modernised from an underdeveloped, commodity-dependent economy to one of the world’s fasting-growing exporters of manufactured goods.

In March 1972 when the Queen visited Kuching, I was 22 and already working in Sibu. I was actually working in one of her empire’s greatest and longest established trading conglomerate.

As the East India Company was to India, the Borneo Company Ltd was to Sarawak – by then it had become part of the Inchcape Berhad group of companies spanning Hong Kong, Singapore and many parts of the British Commonwealth. 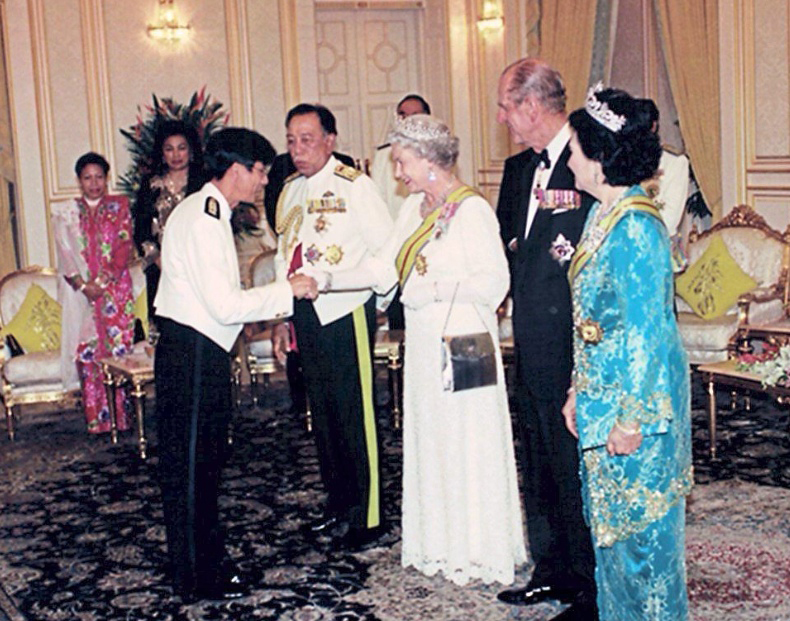 It was James Lyle Mackay, the First Earl of Inchcape, a distant cousin of the Queen, who had founded Inchcape Plc in the early 1910s; it was his grandson, the Third Lord Inchcape, who had brought the company public in the London Stock Exchange in 1958.

By 1967, Inchcape had merged with the Borneo Company and had become the largest import-export conglomerate operating in this part of the world.

The death of Queen Elizabeth II had triggered a worldwide public display of grief, adoration and affection, from public gatherings, the bouquets and wreaths at Buckingham Palace in London, and condolences and tributes from world leaders (including Russia and China), to individuals who had poured out their devotion and shared old photographs and memories on social media about what she had meant to them.

The vast majority of these folks would never have met her in person during her 70 years of reign, despite her abundant travels throughout countries and nations big and small; and her very approachable personal one-to-one chit chat, even for just one brief moment.

Many fortunate Sarawakians are still around to tell their stories.

A writer Sarah Wayland in a global organization CNN had this to share about the public grieving that was so apparent over the past two weeks since Sept 8: “Grieving someone is about reflecting on our lifetime connection and the attachment we had with them that no longer physically exists. Even though the Queen may not have been part of our immediate family, many of us have ‘grown up’ with her. During her 70-year reign, she’s been part of our lives – part of our grandparents’ lives, our parents’ lives and now ours. Think of these as cross-generational connections. We, collectively and across the generations, feel as if we ‘know’ her.”

I couldn’t have put it better myself.

We were all living under British Colonial rule, had been since after the Japanese War (WWII) which had ended Sept 2, 1945; the war had started on Sept 1, 1939.

At the time of her coronation, my grandfather Ong Kwan Hin was the chairman of the Sarawak Chamber of Commerce as well as the Kapitan Cina of Sarawak; I can remember as a very young toddler, one of my uncles putting up a beautifully-framed and mounted colour portrait of the new and very attractive looking young Queen Elizabeth II in all her regalia and splendour.

It had pride of place in the living room next to the portraits of my ancestors Ong Ewe Hai and Ong Tiang Swee, and of course, Grandpa Kwan Hin’s.

So since about the age of three, I had had her loving smile and eyes look across the living room of my Grandpa’s homestead on all of us kiddos and adults alike, and she had seemed like already part of the furniture, part of the extended family.

Radio Sarawak had carried news on her and the Royal Family from time to time, and during many occasions, her voice had been broadcast over the radio, always pre-empted by the royal anthem of ‘God Save The Queen’: by then, we could sing it in our sleep, and it was as popular and commonly sung as ‘Happy Birthday to You’.

The same portrait of the Queen had followed me to school – all our classrooms had the same photo when I started school at six, in 1956, and it had followed me till 1963 when I reached Form 1 in secondary school. By then, Malaysia had been declared and we had other portraits instead – a whole lot in fact, five for one!

Throughout the years, the then-media, mainly newspapers, magazines, radio and later television, and the more recently social media and the Internet – had extensively covered news, views and opinions of the Royal Family — obviously the Queen was always the priority when it came to news coverage and she was deemed above board for anyone to more than just subtly or gently criticise.

It was virtually all wine and roses and positive vibes when it came to Queen Elizabeth II.

Other royals, however, were fair targets of vicious gossip on scandals, tall tales and plain old fibs.

Throughout my years in school, we had celebrated what were then very British or English events and holidays, and as being part of the British Commonwealth, Sarawak had wholeheartedly gone along – it was not until many years after the formation of Malaysia in 1963, and the greater influence wielded by the federal elements, that the ‘Britishness’ of local public behaviour had slowly subsided and slowly disappeared and then totally vanished.

Today, there’s not much of England’s influence left in this country: even the British Council is a shadow of its former self and I really wonder that if not for the Internet, smartphones and television news, as well as social media like Facebook, Instagram, Twitter and WhatsApp chat groups, that anyone younger than 21 would have known who Queen Elizabeth II was – other than that she was an elderly English queen who had recently passed away with much fanfare!

With the passing of Elizabeth, we are also sadly witnessing the end of an era here.

I had just realised that our present Premier Datuk Patinggi Tan Sri Abang Johari Tun Openg would most likely be the last state leader that Sarawak would ever have who had received his basic education in the English medium, as after him will come all the newer and younger echelon of political leaders who have all been taught in Bahasa Malaysia as the medium of education, and English as a second language.

(I would also note that there may be a few who have received overseas English-based education.)

You may ask – what difference would that make?

My answer is simple: if you were educated in English as the main medium, you’d tend to be more sympathetic and aligned to the thinking, the philosophy and the background of an entirely different mindset and sense of ethics and be more empathic towards the world at large; one might even behave, feel and indeed, be more insular and less open-minded if the main language of instruction was one’s mother tongue; having not been earlier exposed to a more different culture and set of traditions.

With English as the medium, one would have had the additional benefit of enjoying the teachings of two very diverse, different, and sometimes opposing worlds.

I too had felt a great sense of loss at the death of a 96-year-old foreign monarch whose 70 years of reign over a third of the world had obviously affected, influenced and benefitted us in one way or another.

She had shown the world how a benevolent ruler could bring peace, love and understanding – besides disciplining and controlling a large family herself of very diverse characters – and at her death, had generated such a real, heartfelt and genuine outpouring of love, affection and remembrance.

We shall never again see the likes of her – Queen Elizabeth II.

May her loving soul rise in glory to the heavens as we praise Almighty God for her long and glorious life!