Thursday, February 2
You are at:Home»News»Nation»Paxlovid: How do Covid-19 patients get access to the drug?
For the freshest news, join The Borneo Post's Telegram Channel and The Borneo Post on Newswav. 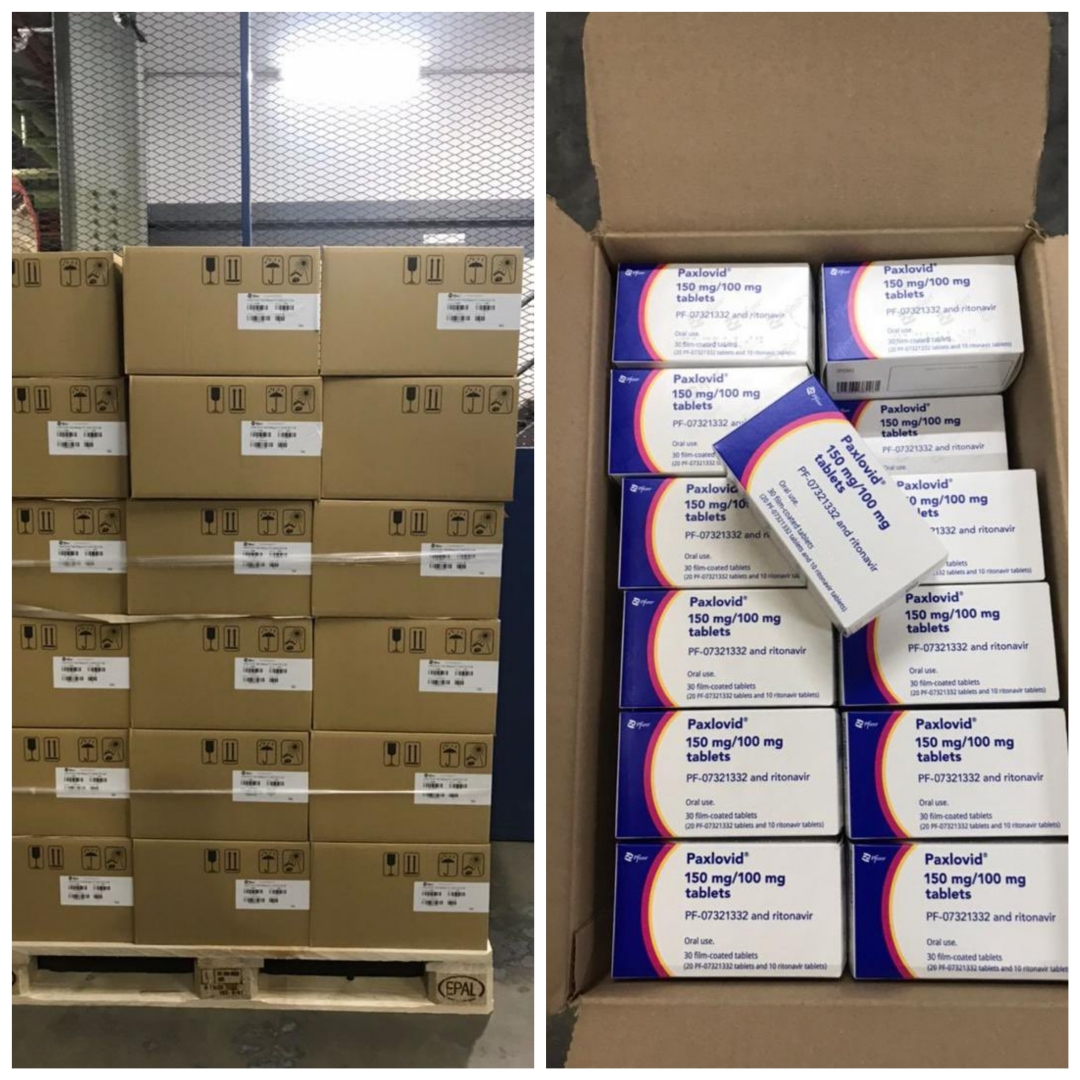 KUALA LUMPUR (Sept 24): When Khoo TG’s mother, who is in her 80s, tested positive for Covid-19 a couple months back, he immediately made enquiries at a few private hospitals on how he could get her the antiviral medication Paxlovid.

Although she is relatively healthy and did not have any comorbidities, the family were anxious for her well-being.

Khoo found out that some private hospitals required patients to check in to do several tests before they can administer the drug.

Then there were those who could do the tests without the patient being admitted so Khoo’s sister took their mother to one of those the next morning.

The hospital was upfront about cost, saying the tests could be up to RM1,000 even though the Paxlovid is free.

“She had mild symptoms like headache, nasal congestion and fatigue. Before taking Paxlovid, the hospital needed to check her lungs, liver, kidneys and blood,” said Khoo.

That night they received a call to say she was eligible for Paxlovid, and the next morning his sister went to get the medication. The cost of the checkup? Less than RM700.

While Paxlovid has been available in Malaysia since April 2022 (and at private hospitals since July), many people are still uncertain about who can get it. Better still, they do not know how to get it.

There are two ways you can get your hands on Paxlovid once you have been determined to be Covid-19 positive:

1) Head to the nearest Covid-19 Assessment Centre (CAC) in health clinics and 78 government hospitals nationwide and get checked by a medical officer (MO). If you have comorbidities, inform the MO attending to you as they have guidelines set by the Ministry of Health (MoH) on who is a good candidate for the drug.

2) The other way is to head to a private medical facility but you would be subject to a medical checkup which has to be paid for (as seen in the case of Khoo’s mother). Please be aware the costs vary in different facilities.

“If there is any confusion as to the effectiveness of this drug, we must be reminded it works if there’s early detection. It’s not a magic drug. What is more important in ensuring your health and those around you is to get the second booster shot, Paxlovid is just a backup. Please do not think that you don’t need the booster shot because Paxlovid is there to ‘save’ you, wrong thinking,” said the President of the Association of Private Hospitals Malaysia (APHM) Datuk Dr Kuljit Singh.

Another Covid-19 patient Malay Mail spoke to went to the CAC to get Paxlovid. Carolyn M said her symptoms were worsening after the fourth day and that she was on immunosuppressants. Her lungs were tightening and congested, making it difficult to breathe.

She then called the CAC and a nurse referred her to a doctor who called her back saying she too wasn’t sure about her medication and if it was safe to administer Paxlovid.

“However she did say she would consult a specialist first. After that, I was called to go to the CAC to pick up the Paxlovid. The CAC nearest my place only opens in the morning but they still let me go in the afternoon to pick up the medicine.

“The doctor personally came out to the Covid tent (which was closed by then so I was the only one there) to talk to me. She asked for a list of the medications I’m on and then cross checked it with the MoH list.

“After making sure it doesn’t clash with my meds, she made sure that I really want to take the meds before opening the box and explaining the dosage,” Mok told Malay Mail.

“After that they called me the next two days to check on me. What was most epic was her telling me that the medicine is very expensive and not to waste it by throwing it away. She said others collected it and after one dose threw away the rest,” she added.

The Malaysian Medical Association (MMA) when asked, said they were not sure of the level of awareness the public have towards the availability of Paxlovid adding that doctors have to follow guidelines from MoH before prescribing the drug.

They did, however, agree that wastage is an issue and urged the public not to waste the medicine and finish the course as per the doctor’s instructions.

“Wastage is a perennial problem in Malaysia when medicine is given free. Also many do not complete courses of treatment when they feel better,” said Dr Koh Kar Chai, president of MMA.

“To be honest we have to praise the government for being kind enough to buy the medicine and give it for free so please don’t waste or abuse this, it’s very expensive,” added Dr Kuljit.

“They graciously allowed APMH to participate in this antiviral programme so I ask that those taking it to be disciplined, finish your treatment as per the doctors instructions, don’t waste the medicine and remember that this is all taxpayers money,” he added.

Paxlovid is an antiviral therapy that consists of two separate medications packaged together.

When you take your three-pill dose, two of those pills will be Nirmatrelvir (pink pill), which inhibits a key enzyme that the Covid-19 virus requires in order to make functional virus particles.

You take three Paxlovid pills twice daily for five days for a full course that adds up to 30 pills. It helps that the pills are packaged in a “dose card,” basically a medication blister pack that allows you to punch out the pills as needed.

You must be older than 12, weigh at least 40kg, and be Covid-19 positive to receive Paxlovid.