Tuesday, February 7
You are at:Home»World»PM calls for UN Security Council’s veto power to be abolished
For the freshest news, join The Borneo Post's Telegram Channel and The Borneo Post on Newswav. 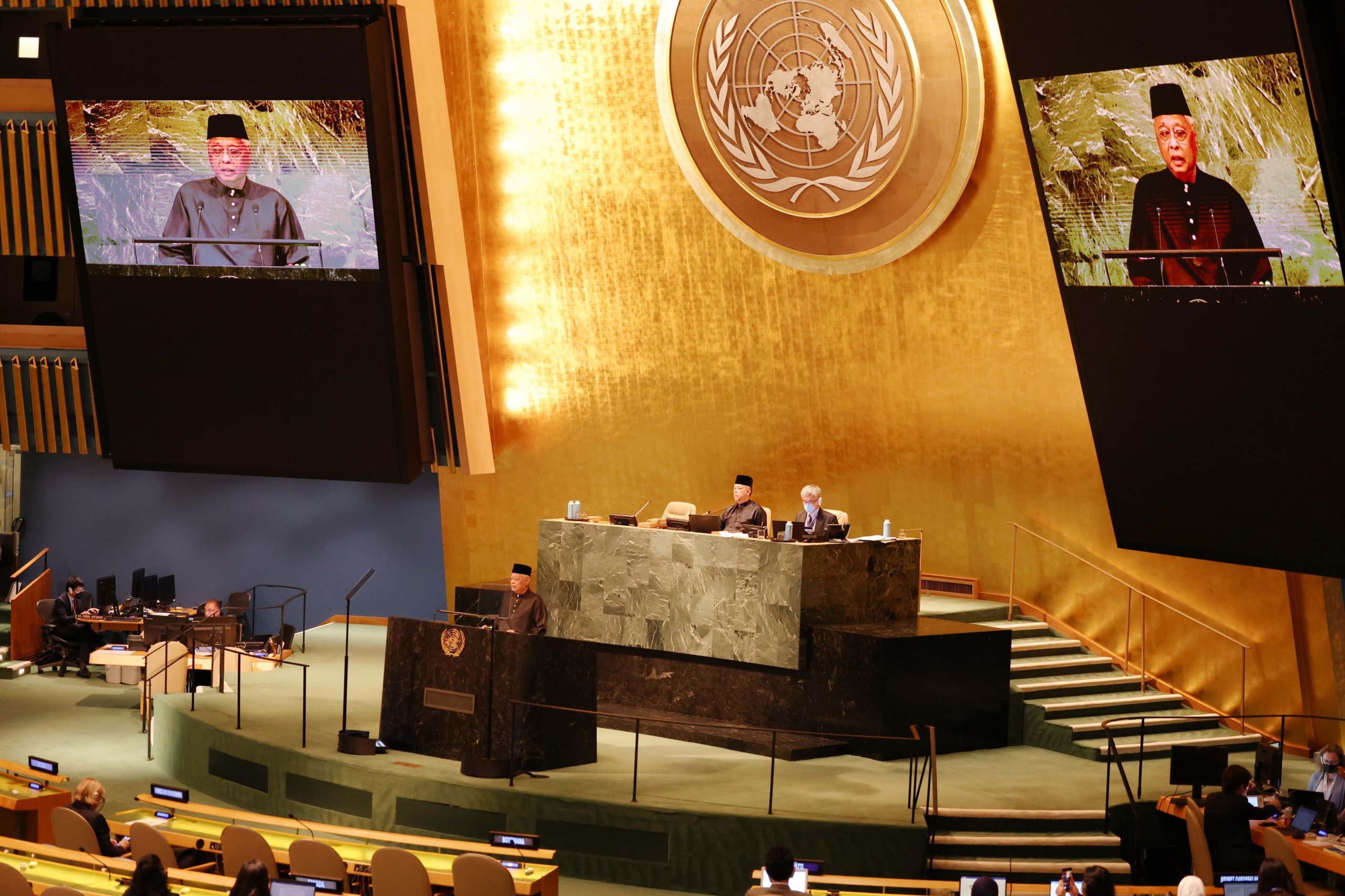 Ismail Sabri delivers his speech at the general debate of the 77th session of the United Nations General Assembly at the UN headquarters on Sept 23, 2022. — Bernama photo

NEW YORK (Sept 24): Malaysia has called for the veto power of the United Nations (UN) Security Council to be abolished in line with the principle of one country one vote.

Prime Minister Datuk Seri Ismail Sabri Yaakob said as an organisation that brings the spirit and symbol of democracy to the world, the UN needs to return to its foundation.

Clad in a traditional baju Melayu and delivering Malaysia’s National Statement in Bahasa Melayu at the 77th Session of the UN General Assembly (UNGA) here yesterday, Ismail Sabri said the conflicts and crises that occur in the world, including in Ukraine, Palestine and Myanmar, cannot be resolved due to the debility of the global governance system and the UN.

He said the biggest problem in the UN is the Security Council where the power of veto is often misused to favour the world powers that have it.

“It is not democratic and violates the principles of democracy. This makes it impossible for conflicts to be resolved by any of the permanent members of the Council,” he said in his second appearance at the UNGA, which is attended by more than 150 world leaders.

The prime minister said conflicts will only result in negative effects for the whole world. It is due to conflicts that we are now facing various problems such as lack of nutrients and food resources.

In facing this, he said all countries should emphasise the issue of food security to guarantee sufficient food resources for all.

He said the theme of this year’s UNGA, “A Watershed Moment: Transformative Solutions to Interlocking Challenges”, is most apt for the situation the world is going through together now.

“Peace and stability are crucial in overcoming every major challenge of today; whether it is the climate change crisis, global poverty or the lasting effects of the pandemic.

“No matter how great our plans may be, they will not measure up to the destruction and waste that come with modern warfare. This is the truth that we should not forget,” he said.

In his speech which lasted 20 minutes, Ismail Sabri said a high level of commitment and pledge to work together was heard at the last UNGA, which had given hope to the world.

“Numerous statements were issued, all giving hope, including for me, that the spirit of a World Family will be able to put aside the differences that exist among us,” he said.

Malaysia, he said does not agree with the isolation of a country from international organisations as such a measure is against the principle of multilateralism and hinders dialogue.

Meanwhile, on the situation in Ukraine, he said it proved that the price to be paid for war is high.

“The effects are felt not only by the people and the country but also by the world. This conflict has threatened peace, global security and the economy, and undermined food security,” he said.

While welcoming the creation of the sea route corridor that allows for the shipment of grain from Ukraine, Ismail Sabri also reiterated Malaysia’s insistence that all countries, especially the major powers, refrain from creating isolation blocs that will only push the world towards a Cold War. ― Bernama