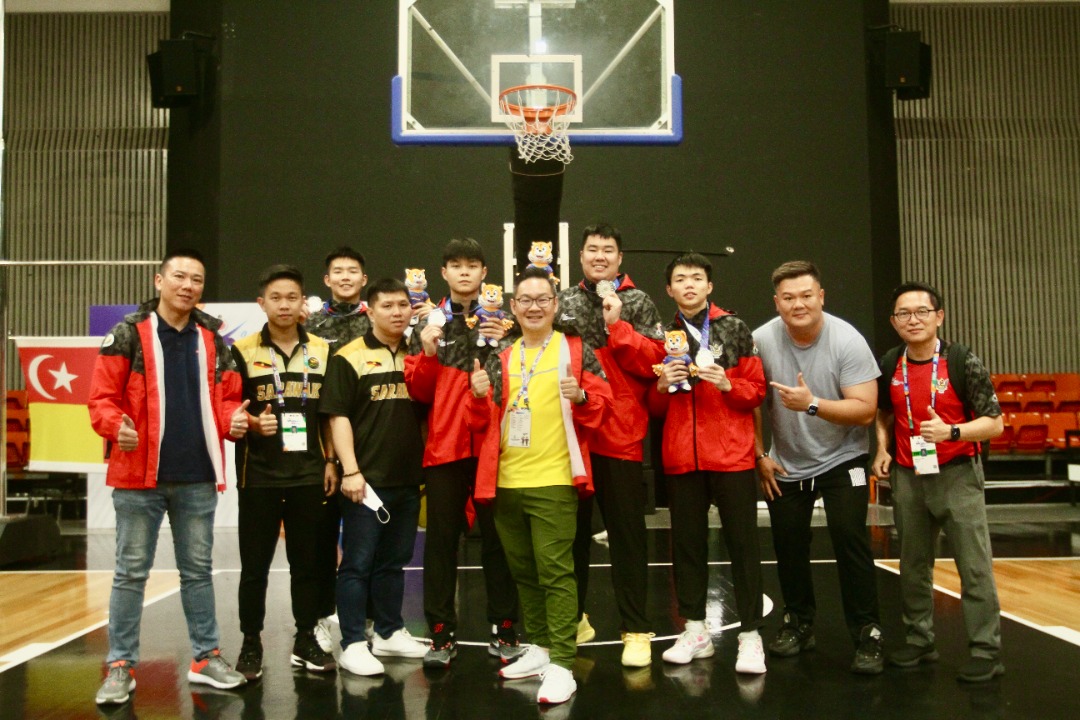 KUALA LUMPUR (Sept 24): Sarawak’s men’s team ended a 16-year barren spell yesterday when they netted a silver medal after losing 15-21 to Negeri Sembilan in the final of the 3-On-3 basketball competition at MABA Stadium.

Tang Wei Nkun, Lee Joon Kang, Tiong Ing Kun, and John Tang Jun Kai’s campaign for the state began on a high note when they defeated Melaka 21-12 and then Kedah 22-8 to qualify for the quarterfinals.

They managed to beat Sabah 21-16 in the last eight and went on to beat Johor 21-17 in the semifinals.

When met after the finals, Sarawak head coach Yong Kian Ann said he  was very pleased with the breakthrough although they did not achieve the gold medal target.

“Our target was to win the gold medal but the players have achieved the desired standard despite losing to Negeri Sembilan in the final.

“We have even upstaged the defending champions Johor in the semifinals and this shows that the players’ performance has met expectations,” he said.

He pointed out that Negeri Sembilan are considered the country’s strongest team as they have won the 3-On-3 title several times.

“Most importantly, our players whether they are the men’s team or women’s team have attained the expected performance,” he added.

Sarawak women’s team opened their campaign with a 12-21 defeat to Negeri Sembilan but bounced back to beat Kelantan 21-5 in the next group match.

However, Selangor showed them the exit with a 21-11 in the final group match.

The last time the Sarawak basketball team won medals in Sukma was 2006 in Kedah, when the men’s basketball team secured the gold and the women’s team won the silver. During that time 3-on-3 was not included in the competition.