Wednesday, February 1
You are at:Home»News»Sarawak»SMC identifying areas for live music performances
For the freshest news, join The Borneo Post's Telegram Channel and The Borneo Post on Newswav. 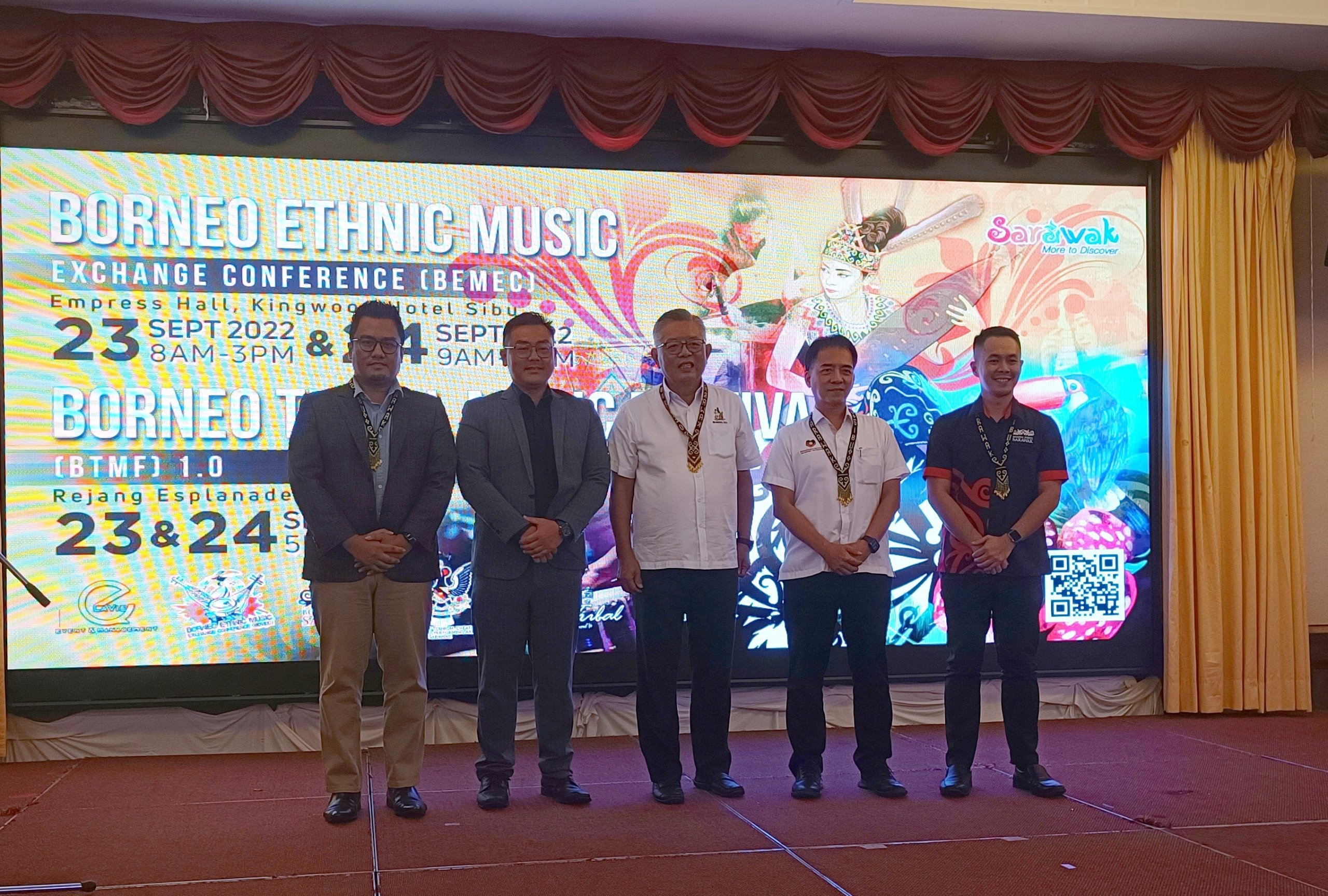 Chairman Clarence Ting said this is because live music performances, especially in bistros, are fast gaining traction among the younger generation.

He named these areas as the waterfront (Dataran Tun Tuanku Bujang Phase 2) and old part of Sibu town.

He pointed out that currently, none of the bistros here have a licence for live performances.

“I hope they (investors) can set up bistros there. Then we will give the licence.

“You see, we hope to do that so that they (performers) don’t go all over the place, which is very difficult to look after, and getting into trouble with the authorities,” said Ting, adding that he had received complaints from the public on loud music from some premises located too near residential areas.

He was speaking to reporters after officiating at the Borneo Ethnic Music Exchange Conference (Bemec) in Kingwood Hotel here yesterday. The Borneo Tribal Music Festival (BTMF) is also being and staged at Sibu Rejang Esplanade.

According to Ting, live performances are currently not allowed in the bistros.

“But we would like to legalise this thing so that at least the owners (of bistros) don’t have problem facing the law,” he added.

Ting also expressed his happiness with regard to the Borneo Tribal Music Festival, adding that Sibu needs more music to further enliven the atmosphere.

“I am very happy about this tribal music because I think Sibu needs more music. The word that people always associate Sibu with is ‘we are very dull’.

“What Sibu needs is the injection of energy and music is the best energy I can tell to get people livelier.

“And I hope that all the local musicians will take this as an impetus to make a name for themselves. In Sibu, we got one musician very hot on YouTube.

“Because this is one of the ways we can sell Sibu to other people and he is from Sibu and we can be proud of his achievements. That is why I am very happy to attend this function,” he said.

On that note, Ting hoped that this event is just the start and will be even better next year.

Meanwhile, organising chairman of the event, Wilfred Gan, said aside from organising the Bemec, they are also organising Borneo Tribal Music Festival 1.0 to promote more local and traditional music to the public.