Wednesday, February 1
You are at:Home»News»Sarawak»Three died, one injured in two Sibu accidents
For the freshest news, join The Borneo Post's Telegram Channel and The Borneo Post on Newswav. 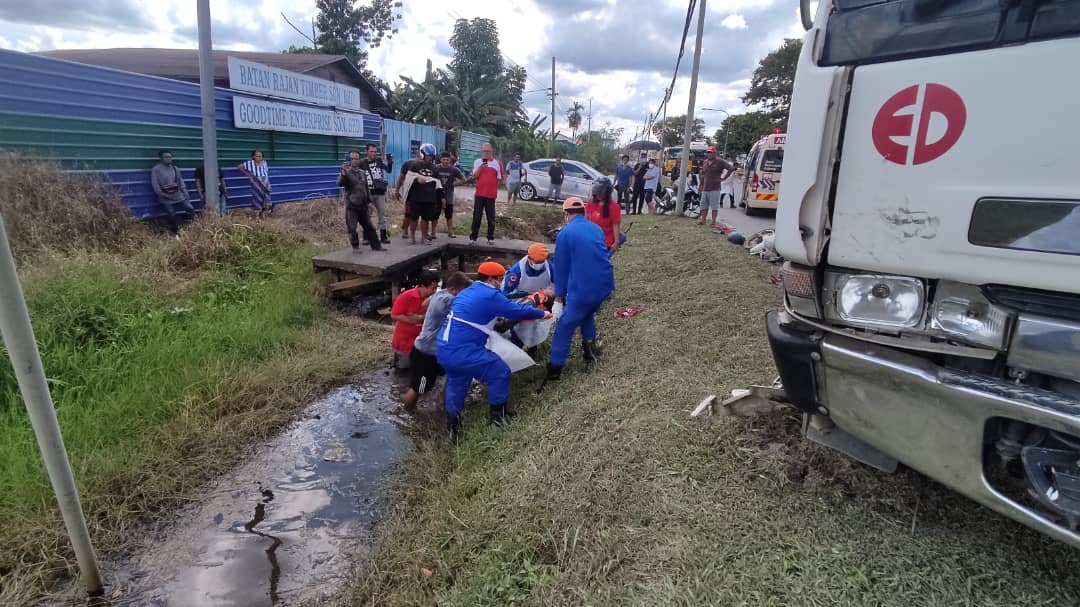 Rescuers carry one of the victims in a stretcher at Jalan Ding Lik Kong.

SIBU (Sept 24): Two men and a boy were killed while a pillion rider was injured in separate road accidents here Thursday afternoon.

A 58-year-old motorcyclist died from serious injuries sustained while his 16-year-old pillion rider suffered a broken right leg after their motorcycle collided with a lorry at Jalan Ding Lik Kong around 1.30pm.

According to Sibu Police chief ACP Zulkipli Suhaili, the  lorry driven by a 41-year-old man was going straight on the main road when a motorcycle suddenly exited from the left at a junction.  The lorry hit the motorcycle.

In a separate accident, a 51-year-old man was killed after he lost control of his car  and crashed into a tree at Jalan Tunku Abdul Rahman around 3pm.

Zulkipli Suhaili said in a statement that a six-year-old boy traveling in the car was seriously injured and later died 3.45pm in Sibu Hospital while receiving  treatment.

The police are investigating both cases under Section 41(1) of the Road Transport Act 1987.