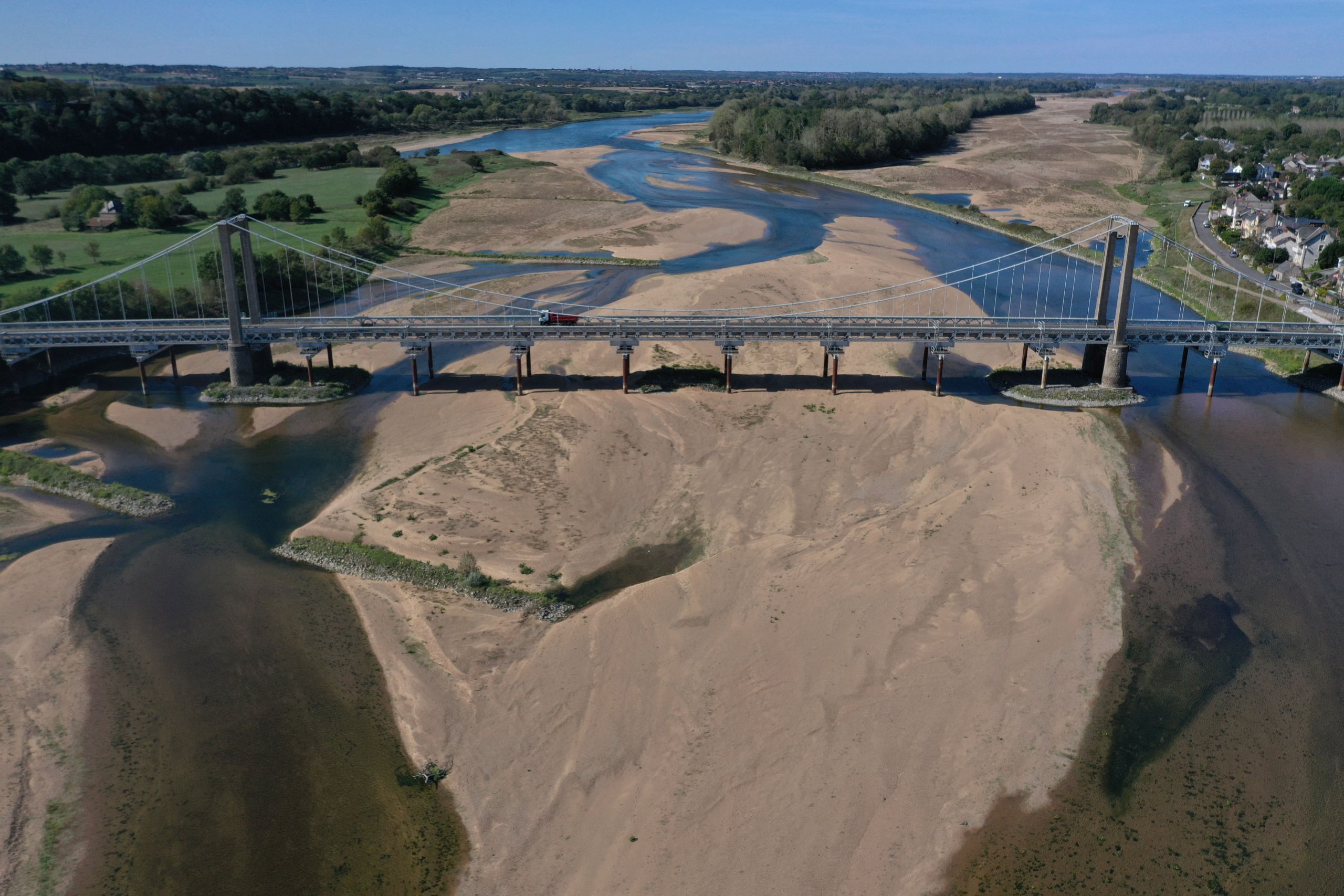 CURRENTLY, we are in a La Nina episode, which meteorologists originally predicted would last month or this month. Recent research by the National Antarctic Research Centre of the University of Malaya has predicted it to continue until the end of this year. This has a 70 per cent probability. If this does continue, it will be only the third time with three consecutive years of La Nina winters in a row since 1950.

Interestingly, there have only been 24 La Nina events since 1900 with 13 of these happenings since 1970. This ever-increasing event may be due to global warming but currently there is no consensus as to how climate change may affect what is termed an Enso (El Nino Southern Oscillation).

What is a La Nina event? 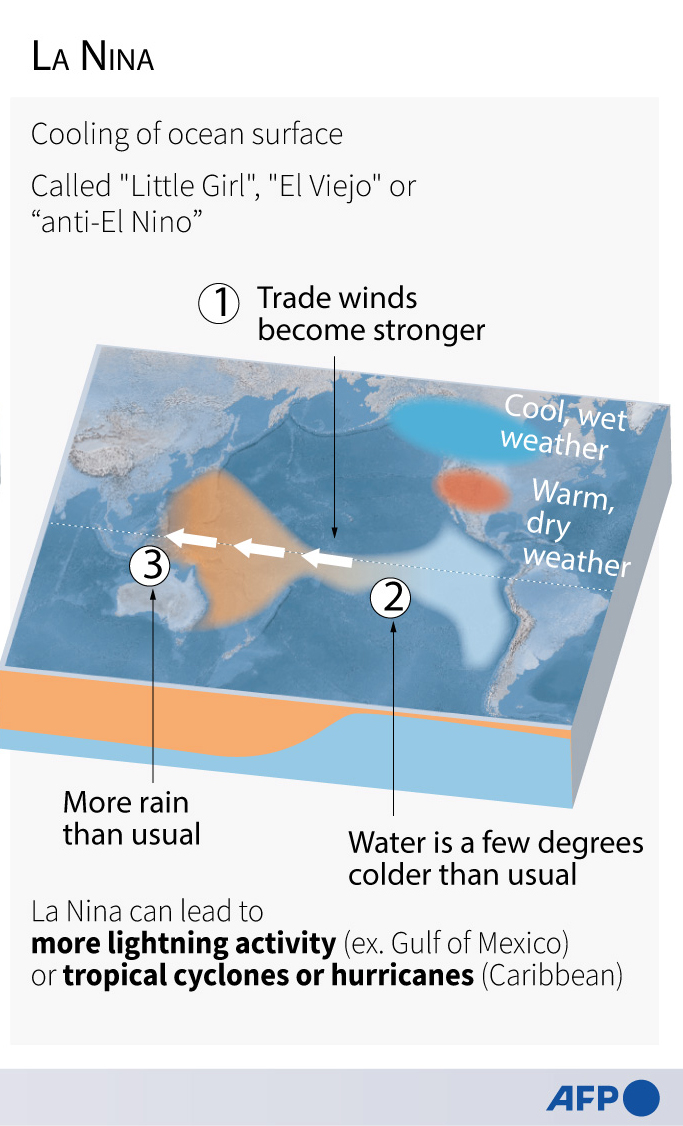 The term La Nina is derived from the Spanish for ‘the girl’ as opposed to El Nino meaning ‘the boy’. A La Nina causes the cooling of surface waters in the Eastern and Central Pacific Ocean corresponding to a lower sea surface temperature of at least 0.5 degrees Centigrade. La Nina occurs when the easterly Trade Winds get stronger and blow warmer waters to the west. This causes the colder waters beneath the sea surface to push upwards towards the surface to replace the warm water resulting in cooler than normal sea surface temperatures near the western South American coast.

The warm water of the Pacific Ocean’s surface is blown away from South America, across the Pacific Ocean towards Malaysia and Indonesia. In March 2008, La Nina caused a fall in sea surface temperatures over Southeast Asia by 2 degrees Celsius with very heavy rain falling over Indonesia, Malaysia, and the Philippines.

In Africa, La Nina produces wetter than normal weather in the southern part of the continent from December to February and, over the same period, drier than normal conditions over equatorial East Africa leading to drought, crop failures and famine. Across Australia, there is a very close correlation between the strength of La Nina and rainfall amounts, for the greater the sea surface temperature the larger the rainfall change.

North America sees above average rainfall occurring across the Mid-West, the northern Rocky Mountains, Northern California, and the Pacific North West’s southern and eastern regions. However, precipitation in the southern and southeastern states, as well as southern California is well below average. Hence the bone-dry conditions and frequent destructive forest fires that we have witnessed this past year.

On the eastern seaboard and in the Gulf of Mexico, La Nina has allowed for less wind shear, thus promoting the development of and increased force of hurricanes.

South America experiences severe drought along the coastal areas of Peru and Chile and from December to February northern Brazil is wetter than normal. Higher than normal rainfall is recorded in the central Andes and thus catastrophic flooding and landslides in some countries such as Bolivia.

The pattern of events is more complicated, but it is known that a La Nina event pushes the Polar Jet Stream further north and also displaces the Tropical Jet Streams. Hence, in Europe and here in the UK drier than normal conditions exist in summers as witnessed by the severe drought of 1976 (in a three-year La Nina event) and now again in 2022.

This year, these severe conditions have forced water authorities in the UK to issue hosepipe bans with a fine of RM5,000 because reservoir levels are desperately low. When Atlantic cyclones have occasionally hit the UK and Europe, the rain has been torrential but relatively short lived.

La Nina causses lesser than average air pressure and Malaysia is now sited in one of these low-pressure zones with increasing rainfall and heavier and prolonged outbursts experienced particularly in Sabah and Sarawak. The wind speeds have also increased, rattling roof tiles on houses in western Sabah with frequent reports of flooding and landslides in Sarawak and the uprooting of trees.

This phenomenon promotes air convection and active cloud formation hence thunderstorms and stronger winds coming from an easterly direction. La Nina’s legacy will result in millions of ringgit payments in compensation for those whose houses are insured against storm damage for ‘it is not an Act of God’ but for those, without house insurance, absolute misery and homelessness.

Undoubtedly, this prolonged La Nina episode has affected shipping patterns and has coincided with the Covid-19 pandemic and more recently the Russian invasion of Ukraine. European power prices have already rocketed as Russia has severed its gas supplies to its western neighbours.

Natural gas shipments from the USA terminals along the Gulf of Mexico have boosted gas stocks throughout Europe during the last six to seven months. If La Nina stays true to form, a higher-than-average number of hurricanes in the Gulf of Mexico are expected thus temporarily halting gas supplies as well as the export of wheat and other food stuffs from the USA to Europe and elsewhere in the world. A bleak winter is expected!

The reduction of wind shear in the tropical part of the Atlantic Ocean will allow the development of more powerful storms. Severe droughts and floods caused by La Nina have reduced crop yields in many areas of our world and forced a rise in food prices. This has the effect of dampening the livelihoods of those living in both rural and urban areas, particularly those most vulnerable to poverty.

This meteorological phenomenon, likely to remain with us until mid-December, has had devastating effects on the world’s economy for nearly three years. It strengthens the arguments for better and faster drainage systems for those regions suffering severe rainfall and for those in drought-stricken areas better irrigation and constant water supplies even in the remotest places on Earth We are, after all, in the third decade of the 21st century!