Saturday, January 28
You are at:Home»News»Sarawak»Abang Johari eyes free education for all Sarawak students by 2030
For the freshest news, join The Borneo Post's Telegram Channel and The Borneo Post on Newswav. 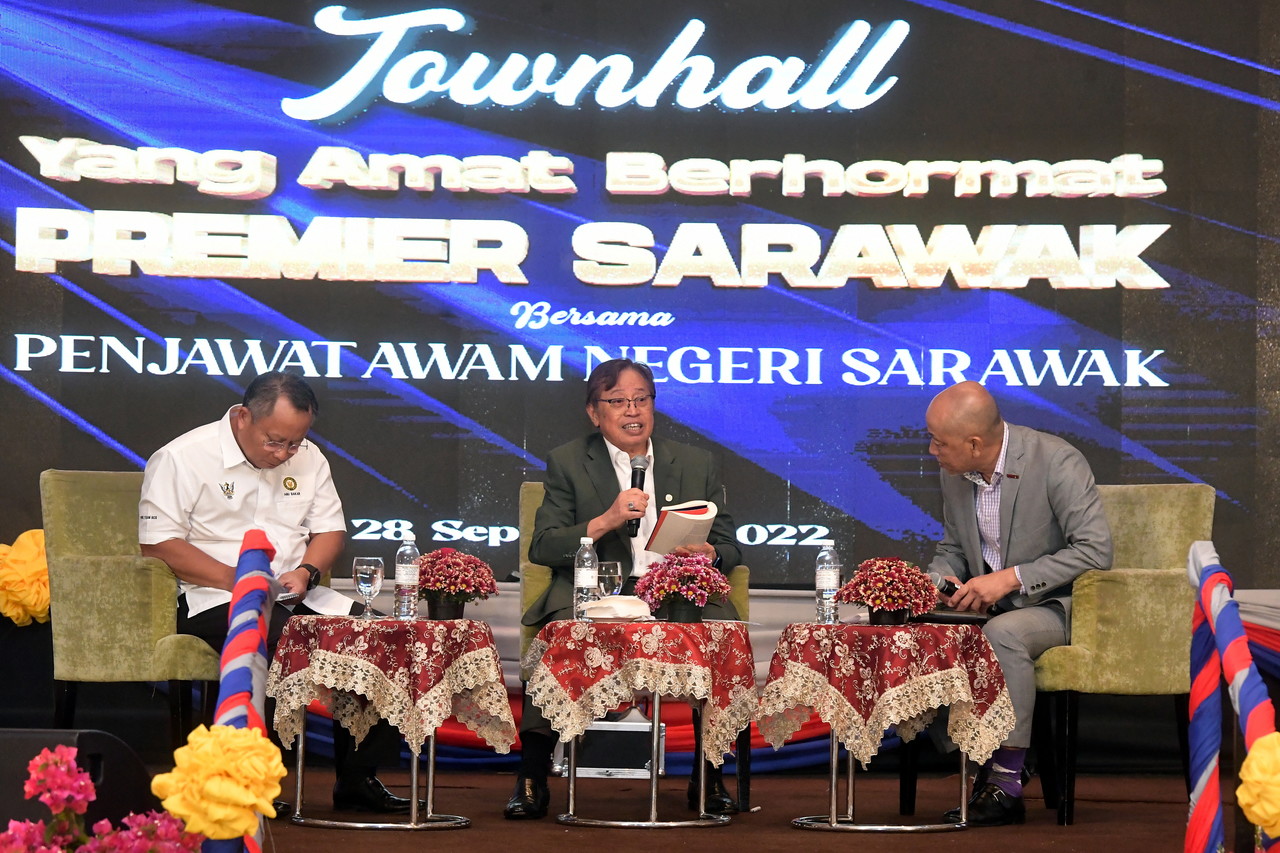 Abang Johari said the money to provide for free education will be generated using a sovereign wealth fund, which he said would be proposed during the November meeting of the state assembly. – Bernama photo

He said this will be possible if the state budget is properly managed and its revenue is increased.

“This (offer of free education) is my aspiration by the year 2030,” he said at the town hall session with state civil servants here.

He said the money to provide for free education will be generated using a sovereign wealth fund, which he said would be proposed during the November meeting of the state assembly.

“We will manage our revenue prudently and what we will keep for the future,” he said, adding that it will be based on a formula used by Norway — 30 per cent of the yearly revenue will be for equity and the rest saved — that could generate more income.

The premier said students studying at five state-linked institutions of higher learning would be able to take the degree courses they have applied for as their university entries are not subjected to the approval by the Central University Admission Unit (UPU).

The premier said Swinburne University has agreed to set up a law faculty that will offer courses on native customary rights (NCR) land and Malaysia Agreement 1963.

Abang Johari said the university’s senate in Australia has agreed to the state government’s proposal for the university to establish the law faculty.

“The offer of courses on NCR land and MA63 will be the first by any university in Malaysia,” he said.

“We want to see the study on NCR land to be done professionally, not rhetorically. We want to know how the NCR land existed,” he said. – Malay Mail

Previous ArticleMalaysian Medical Council: Don’t be duped by those claiming to be registered doctors
Next Article Road closures, diversions in phases for Kuching Marathon 2022 on Oct 2