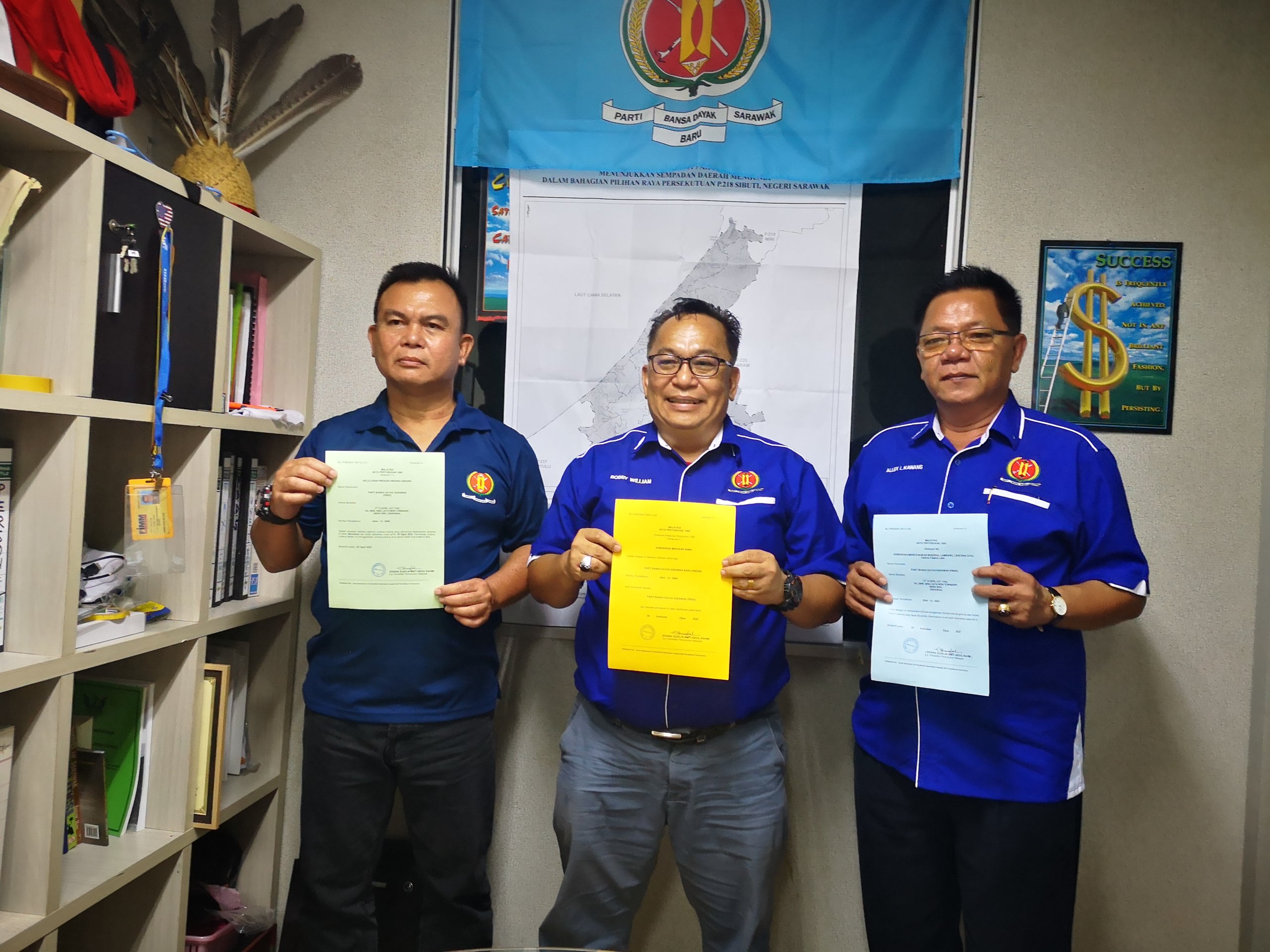 (From left) PBDS vice president Sawing Kedit, Bobby, and supreme council member Allex Kanang show the RoS’ letters of approval with regard to the party’s name and logo changes.

PBDS president Bobby William told a press conference here today the approval was issued on Aug 30, following an application made after the party’s triennial delegates conference (TDC) in March.

“Even though with the name change, it is not the same as the old PBDS, which was formed in the 1983. It is a different entity with a different registration number.

According to Bobby, the name change was the wish of members, which was brought up during several party meetings including the Kapit Resolution, TDC, as well as at grassroots level.

He said the party will now continue to fight for the rights of the Dayak community.

“The result of the past 59 years of multiracial political parties in Sarawak did not yield a desirable result for the Dayaks.

“Our community is the poorest and is trapped beneath the development ladder,” he claimed.

He said the party has about 1,000 members and a recruitment drive is underway.

“We are hoping to recruit as many as possible new Dayak members so that we can have a stronger voice in raising issues that mainly affect the Dayak community in Sarawak,” he said.

Bobby added PBDS has also decided to shift its headquarters from Sri Aman to Sibu.

It was initially an attempt to revive PBDS, which was deregistered following a leadership crisis between the late Dato Sri Daniel Tajem and the late Tan Sri Datuk Amar Dr James Jemut Masing.

The dissolution of PBDS in 2003 led to the formation of offshoots Parti Rakyat Sarawak (PRS), led by Masing, and the Malaysian Dayak Congress (MDC), which failed to receive RoS approval.