Saturday, January 28
You are at:Home»News»Nation»Report: Philippine senator asks state department to stake claim on Sabah
For the freshest news, join The Borneo Post's Telegram Channel and The Borneo Post on Newswav. 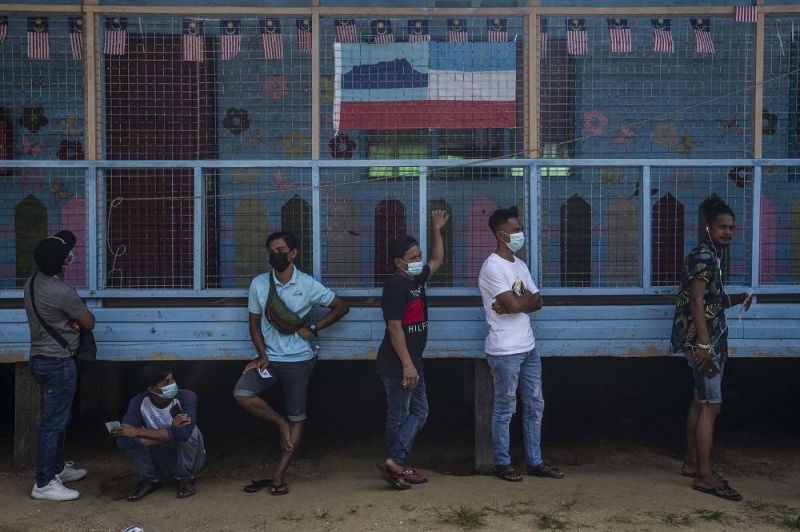 Tolentino said the implications of the arbitration award were clear in that the Philippines ‘owns’ Sabah — where he noted that 750,000 Filipinos lived without health, social security benefits and were stateless. — Malay Mail photo

KUALA LUMPUR (Sept 29): A Philippine senator has told his country’s Department of Foreign Affairs (DFA) to “seize the opportunity” to stake the Philippines’ claim to Sabah following the US$14.9 billion (RM69.2 billion) arbitration award granted to the heirs of the Sulu Sultanate against the Malaysian government.

According to Philippine-based ABS-CBN news, senator Francis Tolentino made the assertion during the Commission on Appointments committee hearing on DFA Secretary Enrique Manalo’s nomination.

Tolentino said the implications of the arbitration award were clear in that the Philippines “owns” Sabah — where he noted that 750,000 Filipinos lived without health, social security benefits and were stateless.

“The DFA should now seize the opportunity. Nanalo tayo eh (we won). Whether that was initiated by a private group is irrelevant. The implication is that we own Sabah,” he was quoted as saying.

The senator also demanded the DFA to seek arbitration experts since the country had lost many of its arbitration cases.

“Have a group in your department to be familiar with arbitration, commercial arbitration, international arbitration, because we have to hire foreign lawyers, we have to pay millions of dollars and we have lost all our cases … I think you should have an expertise on this,” Tolentino said.

In response, Manalo said the Philippine government already had a “cluster committee” that studied the impact of the said award prior to his appointment and before the start of the new administration under President Ferdinand Marcos Jr.

Manalo said he planned to reconvene the body to continue its assessment.

“We have our standing claim to Sabah. That is there in the Constitution.

“We will probably have to reconvene again … because there may be, because since this is a legal private award, implication on our sovereignty claim,” he said.

Marcos has yet to voice his latest stance on the Sabah issue.

While the Philippine government recognises the conflicting claims it has with Malaysia over Sabah, Manila remains firm in its authority over the territory based on an agreement with the Sulu Sultanate.

The decades-long controversy reared its head this year when a European arbitration court awarded the alleged Sulu heirs US$14.9 billion for the alleged breach of the 1878 lease between the Sultan of Sulu at the time Sultan Mohamet Jamal Al Alam and Baron de Overbeck and Alfred Dent where the former granted and ceded sovereign rights over certain territories located in North Borneo.

The Final Award in favour of the Sulu claimants over the ongoing dispute was issued by Spanish arbiter Dr Gonzalo Stampa in February this year.

Subsequent to the issuing of the Final Award, a French court later ordered Malaysia to pay the heirs up to US$14.92 billion for violating the 1878 land lease.

On July 13, de facto law minister Datuk Seri Wan Junaidi Tuanku Jaafar was quoted as saying that the Paris Court of Appeal had granted leave to Putrajaya’s application to suspend the arbitration ruling which declared the Malaysian government was liable to a billion-ringgit settlement claimed by the so-called Sulu sultanate heirs.

This meant the previous ruling obtained in Spain cannot be enforced in any country until an ultimatum is reached in Paris, after authorities in Luxembourg reportedly seized the assets of two Petronas subsidiaries claimed by the heirs.

The Malaysian government had filed for Stampa’s removal as the arbitrator by the Madrid High Court in June last year. Stampa was eventually declared ineligible, and Putrajaya has used the verdict as the basis to reject and dismiss the validity of the Final Award.